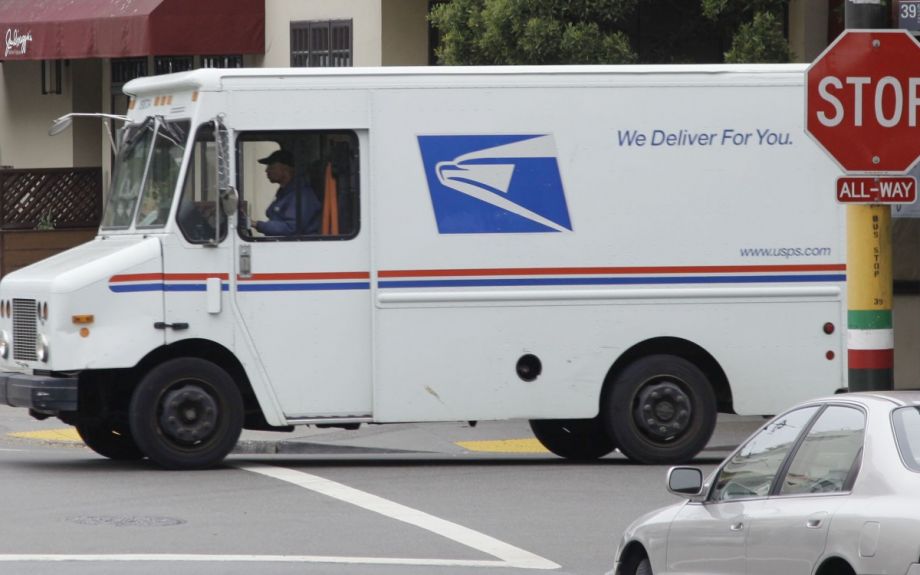 Next year, the U.S. Postal Service will decide on a new vehicle design to replace the boxy white mail trucks that have zipped parcels across neighborhoods for nearly three decades. Fifteen companies, fanning from commercial classics Ford, Nissan and Fiat Chrysler to international groups like Turkey’s Karsan Co. and China’s Emerald Automotive, have already submitted design bids, with a new fleet expected to hit the streets in 2018.

It’s a tall order. As part of the proposal, nearly 180,000 new mail trucks will get built out between 2018 and 2024, worth a total price tag of $6.3 billion. For observers monitoring the bid from a distance, like Aina Vilumsons, executive director at the Wisconsin Procurement Institute, those numbers mean local jobs across the board.

“You’re not just talking about the manufacturing, but support services, supply chain, […] workers going out to eat lunch,” says Vilumsons. “Any time you have something this substantial coming into rural areas or urban areas somewhere, it impacts the economy in a very significant way.”

This probably sounds counterintuitive, but that’s why she’s rooting for an international firm to get the job.

Karsan Co. is providing design specs for the trucks, but if it wins, it’ll partner with Milwaukee-based utility vehicle producer REV Group for the manufacturing component. REV Group CEO Tim Sullivan told the Milwaukee Journal Sentinel that, if his partner takes first place, it’ll create 1,000 manufacturing jobs in the city, and spur the construction of a new 500,000-square-foot production facility near the north side’s Tower Automotive parts assembly plant, which was shut down in 2005.

Any company that gets the bid will give a shot in the arm to local manufacturing jobs no matter their location. But if the USPS decides on Karsan Co. or Oshkosh, another bidder based in Milwaukee, the city should seriously consider structuring a targeted job employment program for these projects — both the manufacturing component and any new facilities that get constructed in the run-up — to help it recapture some of the auto industry jobs lost at the end of last decade.

It would be a step toward reducing the state’s severe racial disparities. Wisconsin was branded the worst state in the country for African-Americans by 24/7 Wall St. based on U.S. Census, Bureau of Labor Statistics, the Centers for Disease Control and Prevention data and policy think tanks. The publication compared incarceration rates, homeownership rates and unemployment rates among black communities when ranking U.S. states.

In 2015, the same publication named Milwaukee, where 40 percent of the population is black, part of the worst urban area for African-Americans, based on the same factors and data from 2013 and 2014. For the Milwaukee-Waukesha-West Allis area, black unemployment hovered around 17 percent, compared to 6 percent unemployment for the total population, and black households made an average of $25,646 a year while white families brought in an average of $61,675.

At the north end of the city, a flat stretch of land that once boomed with the machinery and manpower of Wisconsin’s auto manufacturing industry is getting a new lease on life. Despite being near abandoned at the peak of the 2008-2010 American auto industry crisis, the historic zoning laws that slated the area for heavy power use have kept it fertile for similar projects, and now the property and other skeletal factories surrounding it are being torn down or refurbished thanks to a city-backed revitalization plan focused on the 30th Street Industrial Corridor.

The plan includes a 53,160-square-foot manufacturing plant, called Century City, that debuted in April. Another part of the revitalization is the Century City Housing Initiative, a blueprint for refurbishing foreclosed homes near the corridor that will employ 40 laborers with incarceration histories to work on each property. Getting houses around the industrial corridor back into decent shape gives more opportunities for local workers to live closer to the incoming manufacturing hub, and Milwaukee Mayor Tom Barrett hopes that, if he builds it, the machinery and manpower may come once again.

City Development Commissioner Rocky Marcoux says there’s one reason the city has invested nearly $40 million into bringing that corridor back from the dead. “Jobs are the most important [piece],” Marcoux told the BizTimes, a Milwaukee publication. “We’re not looking for logistics terminals, we’re not looking for warehouses. Those have a place and certainly there’s places in the city of Milwaukee we’d be happy to put them. What we need here in Century City is jobs coverage ratios.”

That’s where the $6.3 billion USPS fleet redesign could help. The Service and city government could work closely with REV Group to draft up a jobs creation program similar to Jobs to Move America’s U.S. Employment Plan (USEP). The USEP is targeted at single-batch transportation projects. One of its key frameworks is a requirement that manufacturers outline “the number and quality of U.S. jobs supported in connection to a contract, facilities, and commitments to hiring workers facing multiple and significant barriers through recruiting and training efforts.”

Black populations in Wisconsin would be some of the most qualified to benefit from a targeted program like this. The state has the highest black incarceration rates in the country, and 31 of Milwaukee’s 56 predominantly black neighborhoods aren’t actually neighborhoods. They’re prisons.

The USEP has only been tested out in the realm of mass transit, however. It was first piloted by the LA Metro when purchasing rail cars from Japanese firm Kinki Sharyo in 2012. That company signed on to a business deal that promised 250 U.S.-based jobs would come with the Metro’s 78 new light-rail vehicles, but even after both sides shook hands, they continued negotiations on how to best employ from local, disadvantaged populations when building the new trains. As of the first week of September 2016, the total job count of that project is now hovering near 400, according to LA Metro spokesperson Kim Upton.

Another perk is that the USPS itself isn’t technically a federal organization, so that gives it more freedom to contract with companies that can enforce local hire targets. Its revenue comes from stamp sales, not taxes, so it isn’t restricted by federal clauses that have generally barred federally funded projects from awarding contracts based on anything else other than the lowest bid. Worth noting, too, that the USPS already has a good reputation when it comes to diversity. It prioritizes contracting its services out to local minority- and women-owned businesses, and was hailed as the number one government organization supporting diverse firms by a DiversityBusiness.com poll of nearly 1.5 million businesses.

The USEP, which was heralded by U.S. Secretary of Transportation Anthony Foxx as a smart way to turn federal transportation funds into jobs, may offer inspiration to both sides in this situation. An international firm, bidding to design a project for manufacture in the U.S., with targeted job creation for local, disadvantaged communities — the characteristics shared between a USPS deal with Karsan Co. and the LA Metro and Kinki Sharyo light-rail project appear similar in both stakeholders and purpose.

Robert Puentes, director of the Eno Center for Transportation and one of the team members who helped draft the USEP, says it’s still too early to see how the USEP would function outside the public transit realm, but with tweaking it could potentially find use in contracts to manufacturing state or federal service vehicles. Alaa Milbes, a spokesperson from Jobs to Move America, says that right now their focus is on transportation, but “there are many opportunities to expand our [USEP] program and we look forward to working with a variety of groups and agencies.”

Putting the USPS fleet redesign into the hands of Milwaukee manufacturers could mark an unprecedented step in that direction — and potentially bring a stream of income to Milwaukee’s unemployed.