The Stage Is Set for New Community Investment Program – Next City

The Stage Is Set for New Community Investment Program 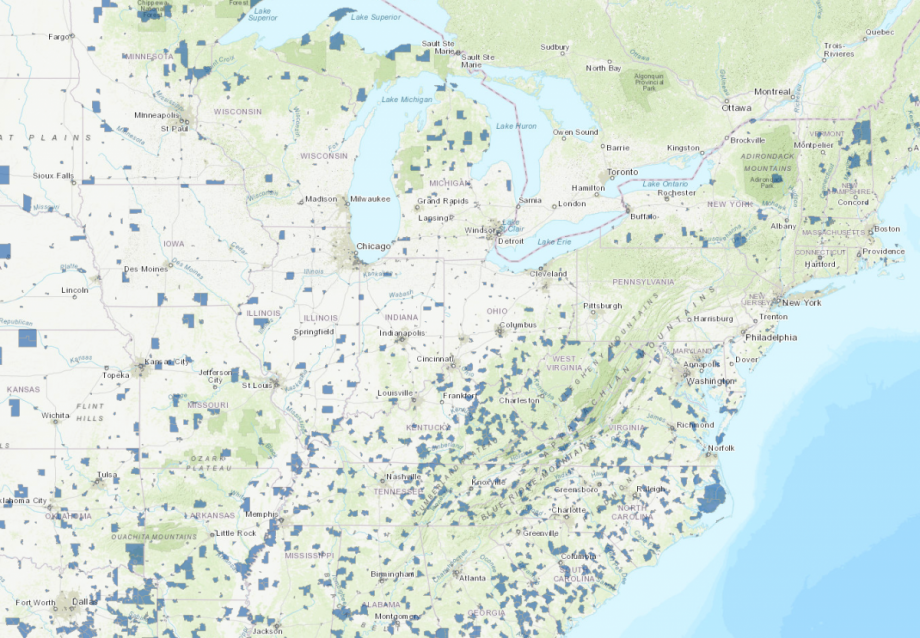 With the nationwide map of designated “Opportunity Zones” nearly completed, community development lenders and analysts are gearing up to implement what has the potential to become the largest low-income community investment program in at least a generation.

Passed quietly as part of the tax reform bill at the end of 2017, the Opportunity Zones program offers capital gains tax breaks to investors in exchange for investing in designated low-income census tracts. The law gave governors of states and U.S. territories the power to designate up to 25 percent of census tracts with poverty rates of at least 20 percent or median family incomes no greater than 80 percent of the surrounding area. Under the program as passed, governors had until March 21 this year to submit their proposed opportunity zone designations or request a 30-day extension.

As of last week, only Utah, Florida, Nevada and Pennsylvania were still awaiting approval from the Department of the Treasury for their opportunity zone designations.

As Next City reported previously, the new program caught many by surprise, unleashing a scramble by state economic development agencies, community development organizations, community-based organizations and others to ensure that governors would make submissions and to provide input and feedback on proposed census tract designations. The lack of input and feedback on the program itself, coupled with the compressed timeline to determine opportunity zones, left some huge questions open with regard to accountability to communities and transparency across the entire program.

At least one city didn’t want any part of the program, fearing that a sudden massive influx of capital to low-income areas was more likely to cause displacement of low-income residents rather than coming to benefit them.

In a joint congressional hearing last week, community development lenders expressed clear concerns about the potential for displacement, even as they expressed overall support for the Opportunity Zones program.

“One could potentially see this program leading to displacement of lower income community residents, either because the neighborhoods themselves get ‘overheated’ with investment capital, or because the structure of the incentive rewards investors seeking the higher yields offered by market rate or even luxury housing,” said Maurice Jones, CEO of the Local Initiatives Support Corporation, a nationwide community development lender.

Terri Ludwig, CEO of Enterprise Community Partners, another major nationwide community development lender, noted in her testimony that some communities “have expressed concerns that additional private investment without an explicit commitment to benefiting local residents and businesses could unintentionally displace the very residents and businesses that Congress is seeking to support through this new tax benefit.”

In Oregon, Enterprise assisted members of Governor Kate Brown’s team in incorporating a measure of housing stability into their process, allowing them to focus on areas where residents were less likely to be displaced by increasing land values as a result of investments.

“The risk of not meeting the intended goal of inclusive economic growth that benefits existing residents and businesses also must be considered,” Ludwig said. “For this reason, we urge that optimism be balanced with a sense of caution.”