Support Grows for a Seattle to Vancouver Bullet Train – Next City

Support Grows for a Seattle to Vancouver Bullet Train 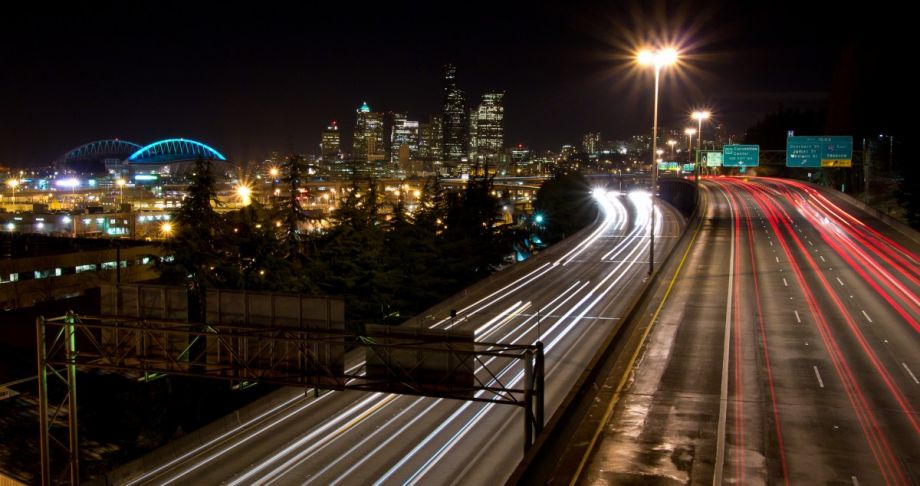 People have been talking about building a Pacific Northwest high-speed rail line for a long time. The George H.W. Bush’s 1991 transportation act authorized a high-speed rail corridor from Eugene, Oregon, to Vancouver, British Columbia. Paul Schell, Seattle’s mayor from 1998-2002, was a big proponent of a Portland to Vancouver line. According to transit advocate Shefali Ranganathan, Transportation Choices Coalition Choices executive director, there was a brief push to use American Recovery and Reinvestment Act funds to invest in real high-speed rail.

The idea is once again in the headlines. With a coalition of tech millionaires and billionaires, politicians and investment groups behind the renewed push, it seems plausible high-speed rail could finally move from fantasy to reality in the Northwest. The idea is at least real enough that Washington Governor Jay Inslee put $1 million in his proposed budget to fund a feasibility study.

“We’ve seen enough examples of high-speed rail networks around the world that this is not a pie in the sky idea,” says Ranganathan. “It is really about getting into the nitty gritty of what it would take to bring it to the U.S. Europe has done this for decades and we’ve seen how it’s connected countries, commerce and communities.”

Connecting commerce is, of course, the driving force behind this latest push. Last September, a group of Northwest tech industry leaders, including Bill Gates and Microsoft CEO Satya Nadella, as well as elected officials and other business people held a conference in Vancouver to discuss how better to connect Seattle and Vancouver as their populations and economies boom. A high-speed rail corridor that would cut travel time between the cities down to just one hour was a centerpiece of the conference.

Currently there are only a few options for traveling the 140 miles between Seattle and Vancouver and none of them are ideal. Driving can take as little as two and a half hours, but it’s rare that I-5 doesn’t have traffic jams these days (and getting rarer as the regional population continues to grow). The Amtrak train takes four hours, only runs a few times a day and often gets delayed by freight train traffic. Bolt and Greyhound Buses are cheap and do more runs a day than Amtrak, but also take four hours and get stuck in that same terrible I-5 traffic.

A one hour trip on high-speed rail would be a game changer.

Engineering consultants WSP/Parsons Brinckerhoff presented a high-level report on the feasibility of the rail project. Trains in Europe and Asia can travel up to 250 mph. At those speeds, a train could get between Seattle and Vancouver in an hour including interim stops in Everett and Bellingham. But getting those speeds would require building new rail infrastructure from scratch.

If successful, the report predicts the line would be extended to Portland and Eugene, Oregon, and eventually all the way to California’s high-speed rail line. A two-track rail corridor could support six to eight trains per hour, meaning someone could catch a train every 10 to 15 minutes.

“It’s being proposed as a tech industry talent draw, but I think it could be much more than that,” says Ranganathan. “If it’s an hour to Vancouver, I’ll tell you people will get out of their cars. The number one reason people make a switch to transit is convenience and reliability.”

That speed comes with a hefty price tag. Based in part on the projected costs of the Houston to Dallas and L.A. to San Francisco high speed rail projects, the WSP/Parsons Brinckerhoff estimates it would cost between $125 million to $1 billion per mile to build the Seattle to Vancouver line for a project total of about $20 billion to $30 billion.

Because of that, some transit advocates remain skeptical of high-speed rail, despite their enthusiasm for the concept.

“We just went through this big fight over light rail [in the Seattle area]. It’s probably cheaper per mile than high speed rail would be and it runs more often and that was like pulling teeth [to get the votes],” said Seattle Transit Blog Editor-in-Chief Martin Duke on a recent episode of the blog’s podcast.

Beyond that, he points out that the rail line would likely need to take some of I-5’s right of way in order to get the straight track layout necessary for high speeds. “I would be thrilled to see this thing built, but I don’t see how you do it without taking freeway right of way and that would be tough.”

The WSP/Parsons Brinckerhoff report says the Seattle to Vancouver line could be planned and built within 15 years. First the state legislature will need to approve the $1 million rail study in Governor Inslee’s budget.