Sand, Sun & Smart Growth? Reframing the Caribbean as an Urban Region – Next City 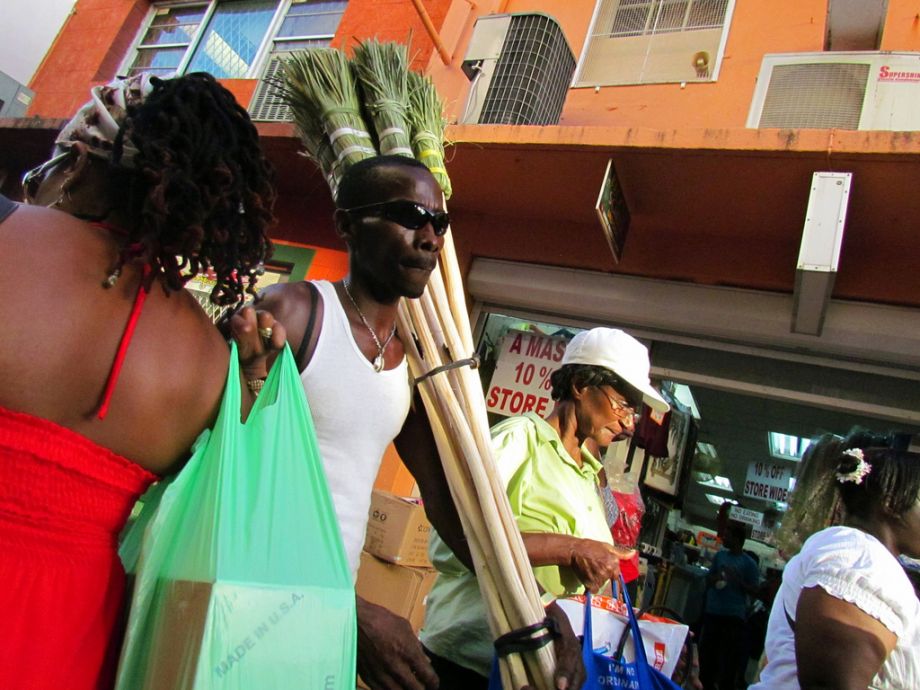 Dying downtowns, disaster recovery and selling politicians on the virtues of smart growth are familiar themes tossed about at your standard confab of urban professionals. But in this case, the downtowns in question are in places like the capital of Trinidad and Tobago, the recovering city is Port-au-Prince and the politicians are members of the Caribbean Community (CARICOM).

Tourism ads may sell the Caribbean as nothing but pearly white beaches and coconut cocktails, but these island nations (with a couple mainland countries on the Caribbean rim) are, in fact, more urbanized than neighboring Central America. This month, representatives from a dozen-plus Caribbean countries, along with allies from North America and Europe, gathered at the fourth annual Caribbean Urban Forum (CUF) in Barbados to discuss the issues these cities face.

Much like the U.S. Northeast Corridor or the ASEAN cities of Southeast Asia, the Caribbean asserts itself as an urban region, and a very urban one at that. As a whole, the Caribbean was 66 percent urban in 2010, a figure that will rise to 82 percent by 2050, according to UN-Habitat’s The State of Latin American and Caribbean Cities.

These cities face challenges that would be familiar to mayors in the U.S., but with even more urgency when it comes to certain issues, most notably climate change. As Mark Cummins, Barbados’ chief town planner, pointed out at the conference, “Most of the Caribbean population lives within two kilometers of the coastlines. This is going to really test the mettle of the planners.”

Superstorm Sandy may have been a shocker to the New York area, but hurricanes are a fact of life for Caribbean cities from June through October. That threat, coupled with rising sea levels, has made urban resiliency all the more vital in small island development states (SIDS). As it happens, 2014 is the International Year of SIDS, an opportunity that the Caribbean hopes to take advantage of in order to draw attention to the fragility of the world’s smallest countries. Barbadian Prime Minister Freundel Stuart acknowledged this urgency in his opening address, saying, “Our planners must, therefore, take the lead in preparing our countries for the effects of climate change.”

Other concerns of Caribbean cities are more prosaic, if no less pressing. As the first port of arrival for European explorers, the region is home to the oldest non-indigenous human settlements in the Western Hemisphere. Preserving those historic cities amid a formidable cultural preference for new construction, cars and suburban homes (yes, the Caribbean has sprawl, too) is a challenge. To that extent, Barbados was an apropos choice of venue, as a portion of its capital, Historic Bridgetown and its Garrison, was declared a UNESCO World Heritage Site in 2011. The city was founded in 1628 and features an almost medieval labyrinth of streets clustered around a natural harbor and is full of historic buildings, both monumental – churches, parliament, a historic synagogue – and vernacular – the chattel house typical of Barbadian architecture.

The waterfront in Port of Spain, Trinidad and Tobago. Photo credit: David Stanley via Flickr

But too few Bajans, as locals are known colloquially, choose to live in the city, which becomes a ghost town after working hours. In a panel on urban revitalization in Bridgetown since the UNESCO designation, Sharon Christie, chairperson of the Revitalisation of Bridgetown Initiative, an effort of the Barbados Chamber of Commerce, rattled off a list of successes under their Bridgetown Alive program, from a tax-free shopping day to extended business hours to pop-up events like a cocktail lounge and fashion show. Their latest coup is encouraging the University of the West Indies (UWI) to open a downtown campus in a historic commercial building in the city center.

Bridgetown Alive’s modus operandi reads like the playbook of a North American downtown BID, although the formal arrangement whereby merchants voluntarily tax themselves to fund improved services doesn’t exist. As for how such tactics trickled down to Barbados, Christie explained, “It’s just good business sense. We travel and gather ideas.”

Swapping such ideas is one goal of the CUF. Another is to promote the planning profession in the Caribbean in general – a region not known for strict zoning or land-use laws. “CUF is intentionally set up to facilitate research, practice and policy,” explained Dr. Asad Mohammed, director of blueSpace – Caribbean Network for Urban and Land Management at UWI. “In a small place you have to mix agendas.”

Dr. Mohammed has long been active in the Trinidad and Tobago Society of Planners. Two years ago this group, along with its counterparts in Jamaica and Barbados, as well as planners in practice and academia from across the Caribbean, joined forces to form the Caribbean Planners Association. The Association is modeled on membership organizations like the American Planning Association and the Canadian Institute of Planners, both of which advised and supported its formation.

The Caribbean Planners Association’s main goal is to push the Caribbean Urban Agenda among policymakers who convene through CARICOM, the region’s political and economic union. While the agenda remains shy of CARICOM’s highest recognition, a ministerial endorsement, Christine Platt, president of the Commonwealth Association of Planners, believes that political leaders are getting the message. “The Caribbean bloc supports the urban SDG [sustainable development goal],” she pointed out in her keynote address at the conference. The SDGs will soon replace the United Nations’ Millennium Development Goals, and urban professionals worldwide are lobbying hard for one that explicitly addresses cities.

Meanwhile, the ranks of planners in the Caribbean grow annually as graduates defy the brain drain and return from studying abroad in the United States, Canada, or the United Kingdom, as well as homegrown institutions like UWI, where Dr. Mohammed coordinates the only graduate program in urban and regional planning in the English-speaking Caribbean. While they bring contemporary knowledge about urbanism with them, CUF showcases the extent to which ideas are adapted to the local context.

In the Caribbean, managing pop-up retail is not about supporting chi-chi artisanal food, but rather facilitating a family business selling home-cooked recipes at a local festival. Community engagement about public housing is not remotely close to debates over affordable vs. market rate, but as basic as, say, getting Amerindian families into decent shelter when 19 people are crowded into a 100-square-foot house, as Guyana’s Central Housing and Planning Authority has been doing.

These comparisons are not to diminish the work of planners in more developed countries, but instead to highlight the degree to which planners working in the Caribbean have the potential to impact lives in a powerful and meaningful way. These challenges are what draw in the region’s young planners, especially when they go abroad to study, and have provided a career’s worth of opportunities for more seasoned professionals. A little heavy for beach reading, perhaps, but this urban character is the reality of a diverse and fascinating region once you peer behind the palm trees.