Can Philadelphia Teach Silicon Valley a Thing or Two About Diversity? – Next City

Can Philadelphia Teach Silicon Valley a Thing or Two About Diversity? 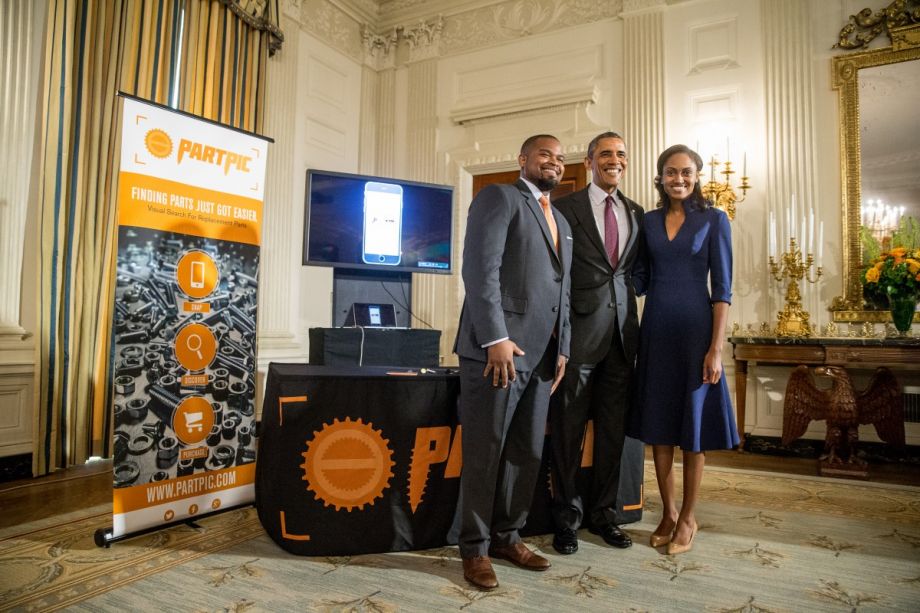 Earlier this month, President Obama hosted “Demo Day” at the White House. More than 30 teams of startup entrepreneurs, all women and people of color, shared their success stories with the President. The event was intended to bring more attention to the lagging diversity in the tech economy. (A Business Insider report last year, based on Google’s own employment data, revealed that fewer than 5 percent of the Internet giant’s employees were black or Hispanic, and that remains consistent with a 2010 study that suggested the founders of more than 90 percent of American tech companies were white or Asian.)

Most coverage of this diversity problem (see Mother Jones’ “The Combined Black Workforces of Google, Facebook, and Twitter Could Fit on a Single Jumbo Jet”) has centered on Silicon Valley or the nation’s big three tech clusters — California, Massachusetts and New York. But while nearly 70 percent of venture capital flows into these states, startup funding is starting to spread geographically. Cities like Kansas City and Raleigh and Baltimore are emerging as the so-called “second tier” of the tech/startup economy. And while a course correction on racial diversity is past due across the sector, there are signs change is already underway in some of these places.

“We’re probably a little better off from a diversity standpoint,” says Wil Reynolds, founder of SEER Interactive, a Philadelphia-bred online marketing company focused on SEO. Philadelphia hasn’t exactly cracked the code on racial inclusion. Rather, diversity is more present out of necessity rather than direct intention.

“When you get into the second tier, it’s a lot harder to recruit talent from all over,” he says. “[Philadelphia is] more likely to have homegrown talent than a venture-backed company in San Francisco and Seattle.” And when you’re hiring from within a majority-minority city, that homegrown talent tends to take on a more diverse complexion.

In many ways, Philadelphia is representative of both the struggles of nascent startup communities and their promise to function differently than the behemoths. On the downside, first-round venture capital money continues to be vexing for prospective businesses, with Philly falling outside of the top 10 cities in terms of deal-making (both in gross number and on a per-capita basis). On the plus side, as a recent article by Fast Company professes, the relatively small startup ecosystem is home to “one of the country’s only municipal departments solely dedicated to entrepreneurship investment.”

Archna Sahay, the city’s manager of entrepreneurial investment — essentially, the liaison to the startup community and booster of efforts like Philadelphia’s public-private investment fund, StartUp PHL — has a different take than Reynolds on the state of racial diversity in the city’s budding tech sector. To illustrate, Sahay recalls going to a tech event two years ago that had about 50 attendees, where she was one of two people of color (and the only woman). But when Sahay and others raised the issue of inclusiveness, she says, Philadelphia’s startup leaders were receptive to a culture change.

“I certainly see that when I’m at a tech event or speaking at something or at a tech launch, the tech community is starting to reflect more and more what the overall community of Philadelphia looks like,” says Sahay. When it comes to gender diversity, there’s data to back up the assertion. A report by CBRE earlier this year looked at employment within 50 tech hubs across the country, and Philadelphia ranked first in terms of female representation. Compared to the national average of 23.8 percent of tech talent jobs being occupied by women, 31 percent in Philly are.

The outlook on racial diversity is less quantifiable because no stats have tracked racial demographics, Sahay says. But national studies point to institutional roadblocks that have been stunting progress on a larger scale. According to a 2010 analysis by CB Insights of 300 venture-backed companies, the median amount of funding for teams made up of a diversity of races ($1.3 million) was substantially less than that of all-white ($2.3 million) teams.

Yet, in the long run, diversity proves to be an asset for businesses. Earlier this year, McKinsey & Company released a report titled “Why Diversity Matters,” which showed less homogeny was better for companies’ bottom lines: “Companies in the top quartile for racial and ethnic diversity are 35 percent more likely to have financial returns above their respective national industry medians.”

It’s not hard to understand why: Diverse corporations are more reflective of — and therefore, better responsive to — the changing demographics of their customers. “Tech is more accessible, we’re becoming more social, and the country is becoming more diverse,” says William Crowder of Comcast Ventures’ Catalyst Fund, a $20 million venture fund for minority-led tech startups that’s based in Philly (although it hasn’t yet made a direct investment in a Philly startup). “The future of business, and therefore the future of investing, is going to respond to all three of those trends.”

Comcast is just one of a dizzying number of Fortune 500 heavyweights responding to the industry’s track record of unconscious bias. Intel created a similar fund to Catalyst this year, worth $125 million, which will invest in minority- and women-led startups. Over the past year and a half, Google has committed $265 million to a “diversity strategy” that includes internal hiring directives and external projects like embedding engineers as professors at historically black colleges. Facebook, Pinterest and Xerox have all committed to interviewing at least one woman and one underrepresented minority for every vacant leadership position.

And yet, the most important factor in expanding diversity in tech and startups remains cash. “When you’re a startup saying, ‘hey, we want to be super diverse,’ you’re not going to attract investors,” Reynolds says. (For more about one possible funding source that could help bring more diversity to the startup entrepreneur sphere, see Next City Equity Factor columnist Oscar Perry Abello’s recent “Can Crowdfunding Level the Playing Field for Investment?”)

Until the tech community in Philadelphia improves its viability and garners a critical mass of first-round funding, its better-than-average demographics will continue to appear circumstantial.