Stunning Mural Stretches Across 50 Buildings in Cairo – Next City 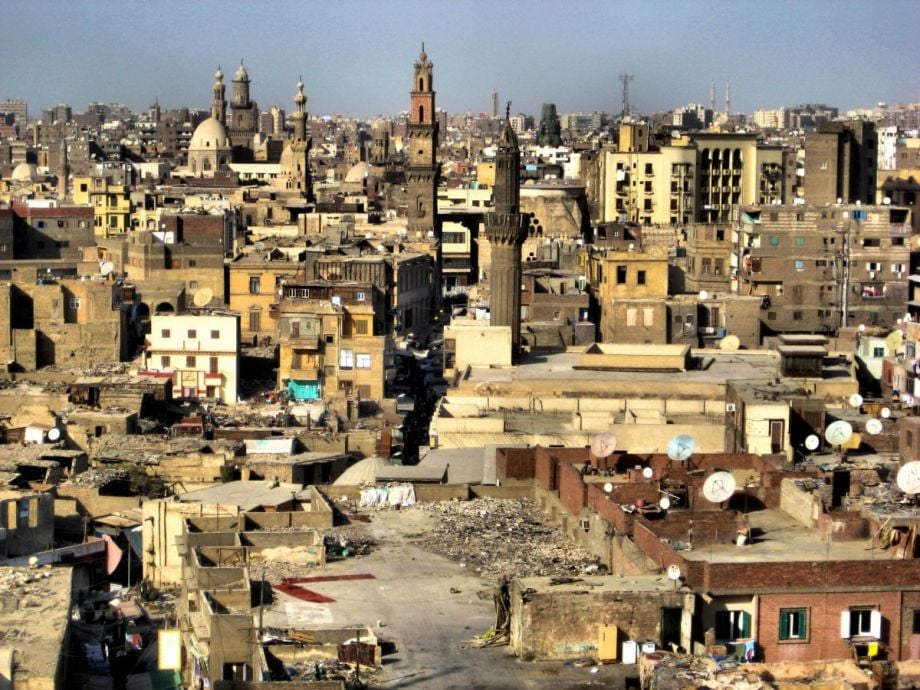 A sprawling, complex mural has splashed across a section of Cairo over the past few weeks, covering over 50 buildings in the quarter known for garbage collectors, the New York Times reports. Pleased locals are saying it is the largest public art work there anyone can recall.

Created by a Tunisian-French artist known as eL Seed, the mural is a looping crest of orange, white and blue Arabic calligraphy that spells out a quote by a third-century Coptic Christian bishop: “If one wants to see the light of the sun, he must wipe his eyes.”

Reactions to the mural have been near universally positive, and tinged with surprise. Egypt’s government has cracked down on artists, particularly graffiti artists, since the country’s 2011 uprising. Soraya Morayef, who documents Cairo’s street art on her blog, says artists have lately been forced to work in secret, carrying out projects “as you would a heist,” she told the Times.

eL Seed was able to realize his vision because of its location: Manshiyat Naser, a forsaken neighborhood often associated with squalor. Many residents are impoverished, and continue to be regarded as second-class citizens because of their association with waste-picking. The artist says he created the work to change this popular perception of the neighborhood, and to “celebrate decades of unsung work by its residents who sort and recycle tons of the city’s waste,” according to the Times.

Praise has come not only from the neighborhood, but also from an unlikely alliance of artists, anti-government activists and even the Egyptian Embassy in Washington, which promoted the project on its Twitter feed. The project is reminiscent of other socially conscious, large-scale art installations, like French artist JR’s “Women Are Heroes” series.

We’re totally amazed this morning by @elseedart’s newest project in Manshiyat Nasr in Cairo. See for yourself: pic.twitter.com/nbMkmB5Nnb