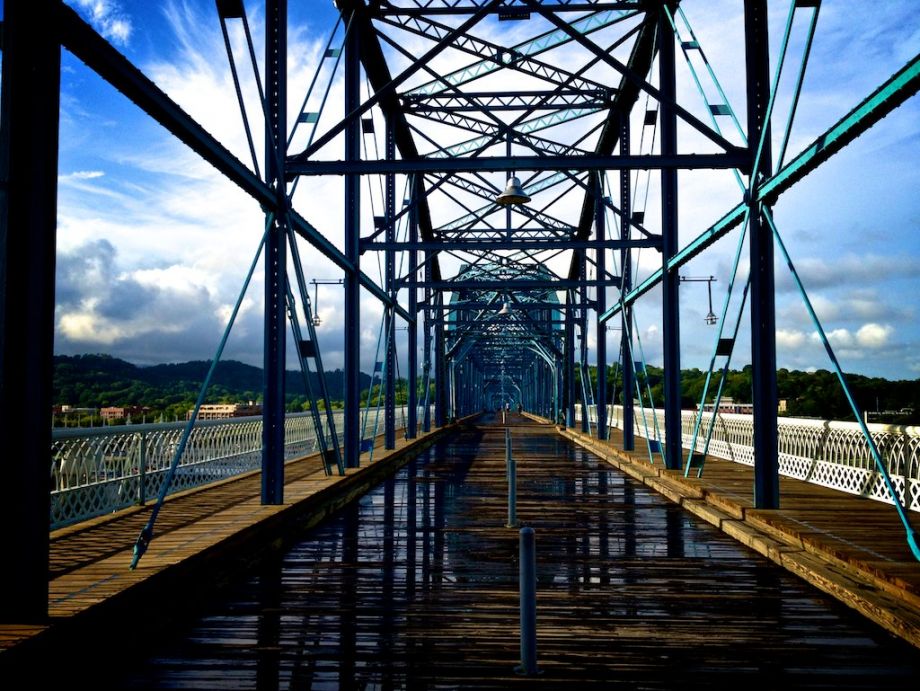 Kimberly Rose-Gonzalez, of Chattanooga, Tennessee, was having trouble paying her family’s internet bill. This became a problem when her 12-year-old daughter’s schooling went completely online in March in response to Covid-19. The bill was just $9.95 a month, but that was a challenge for Rose-Gonzalez and her boyfriend, who pays the family’s bills; Rose-Gonzalez is not employed due to disability, and her boyfriend’s hours at a chicken house had been cut when the pandemic started.

But then Rose-Gonzalez got a call from her daughter’s school with promising news – the family was eligible for free high-speed internet access, part of a program called EdConnect, a collaboration between Chattanooga’s municipal electric utility, which is also approved to provide broadband service, and the Hamilton County school board.

“At first I was a little bit skeptical, because nobody was going to offer anything for free,” Rose-Gonzalez says. But the school explained to her that the service was to help low-income students in the district accommodate to online learning. She agreed to have the service installed and EPB — formerly the electric power board of Chattanooga, and the entity that provides internet access to many Chattanooga residents — came to her house and hooked up high-speed internet the same day.

“I believe it helps a whole lot,” Rose-Gonzalez says of the service. “To us that don’t have the luxury of buying whatever we need it makes a huge difference.”

Last summer, the Hamilton County public school system – which encompasses the city of Chattanooga, Tennessee - announced it would be providing high-speed internet access to families with students on free or reduced lunch plans through a program called EdConnect. The service is funded through the next ten years, the school board says, meaning the free high-speed internet should well outlast the pandemic.

“Kids were missing out. It was a big equity issue for us,” Levine says.

Hamilton County School District estimated close to 17,500 households didn’t have high-speed internet access. So the school board worked with EPB to fundraise $8 million from foundations and community partners for the high-speed program. Additional funds were offered by the city of Chattanooga, as well as from the state and from federal CARES Act funds.

The district began installation in early summer for families who have opted in. By the time they spoke with Next City in October, EPB had connected 5,000 households with free high-speed internet reaching over 8,000 students.

EPB was able to move quickly because it has been offering high-speed Internet access for over a decade, leading Chattanooga to brand itself as “Gig City.” . In 2009, the utility made headlines for rolling out a community-wide fiber-optic network that is available to every home and business in EPB’s 600-square-mile service area, offering high speeds at a relatively low cost, spurred by a $100 million grant from the Department of Energy. More than 560 communities in the U.S. have built their own, publicly owned broadband service, according to the Institute for Local Self Reliance, but Chattanooga was the first city to roll out citywide gig internet, and its service is considered one of the best. As of 2018, EPB reported its municipally owned network was serving 100,000 customers.

Having this infrastructure in place made it easier to step up to meet the need when Covid struck, according to J. Ed Marston, Vice President of Marketing at EPB.

“We have been working in a variety of ways to improve access, but with the onset of the Covid crisis the focus on this area became even more acute,” Marston says.

The school access program is funded for ten years, and those directing the project stress it is more than just a response to Covid, but also a shift in how the school system thinks about internet access.

“It’s a fundamental recognition that the internet is what school looks like,” says Geoff Milliner, Senior Programs and Operations Officer with The Enterprise Center, a non-profit that , works on digital equity issues in Chattanooga and is helping the school board with fundraising and outreach. “[Internet access] was an issue before the pandemic, it will be an issue long after,” Milliner says. “It’s why this isn’t one of those programs that disappears after a year.”

This approach has meant a lot to Elizabeth Prieto, a Chattanooga mother, whose middle-school aged daughter is autistic. Prieto is not working, and could not afford the $29 a month she says she had to pay for internet service. She says her daughter needs extra academic attention that she couldn’t receive without internet access.

“When I heard about that program I thought this is a savior, this is amazing, and I

really advocated for it,” Prieto says. Her advocacy included testifying in support of EdConnect at Chattanooga City Hall.

she has. “There are other families out there who need this, who have children who have special needs,” she says, adding that it can be a boon to parents who are working from home as well.

Despite the praise the school board has received from parents, there have been challenges connecting people with the service, Levine says. Some families don’t have a fixed permanent residence where wifi can be installed. Others are outside EPB’s service area. And some students are being dropped off with a grand-parent or other family member during the day while a parent goes to work. To help get them connected, the school board also raised money for 4G wireless hotspots that can reach them where they are.

And other families have been slow to opt-in to the service or are non-responsive.

“We have to do a lot of troubleshooting,” Levine says. “You’re hearing this from all over the country. We also have families that haven’t stayed connected to public schools when kids are learning from home, so the outreach to families has been more complicated.”

To help with outreach, the Hamilton County school board and EPB recruited community partners, including The Enterprise Center. Geoff Milliner, with The Enterprise Center, says that the organization put together a panel of community leaders, elected officials and religious leaders to help spread word about EdConnect.

Administrators were also concerned that the “free and reduced lunch” criteria could leave out undocumented students, who don’t qualify for federally subsidized lunch programs. To try to reach these students, the school board offered EdConnect to families with students at community eligibility provision schools, which provide school-wide free or reduced lunch based on overall community eligibility. Many undocumented students are clustered in these schools, Levine says. For any low-income students who still aren’t reached but need the service, Levine says the school board is counting on teachers and principals to let them know.

Levine says the school board is now adding the service at a rate of 50 families a day. They’ve done district-wide outreach and have printed out flyers for students to take home.

Providing high-speed internet to all low-income students is necessary to ensure equity in education, administrators of the program say.

“We are not creating two different learning opportunities based on whether you’re wealthy or not, that ought not be the determinant,” Prior to moving learning online, “we didn’t have a set of books for kids, and no set of books for the other kids,” Socia says.

While other cities have provided free internet service to students, many have offered solutions that are piecemeal or temporary, Soca says. Many cities are paying private internet service providers at a higher cost, at lower speeds and with no long-term funding.

“The issue is it’s not a permanent solution and you have to replenish the cost,” Soca says of other approaches she has seen. “You have to come up with that big dollar figure every year to solve that problem. This doesn’t have that same problem.”

Milliner anticipates that other school districts in the country will adopt Chattanooga’s model “The hope is that we see lots more following that lead, whether urban or rural,” he says. “It’s not an issue that’s going away.”