Louisville Fight for Historic Preservation Is at a Turning Point 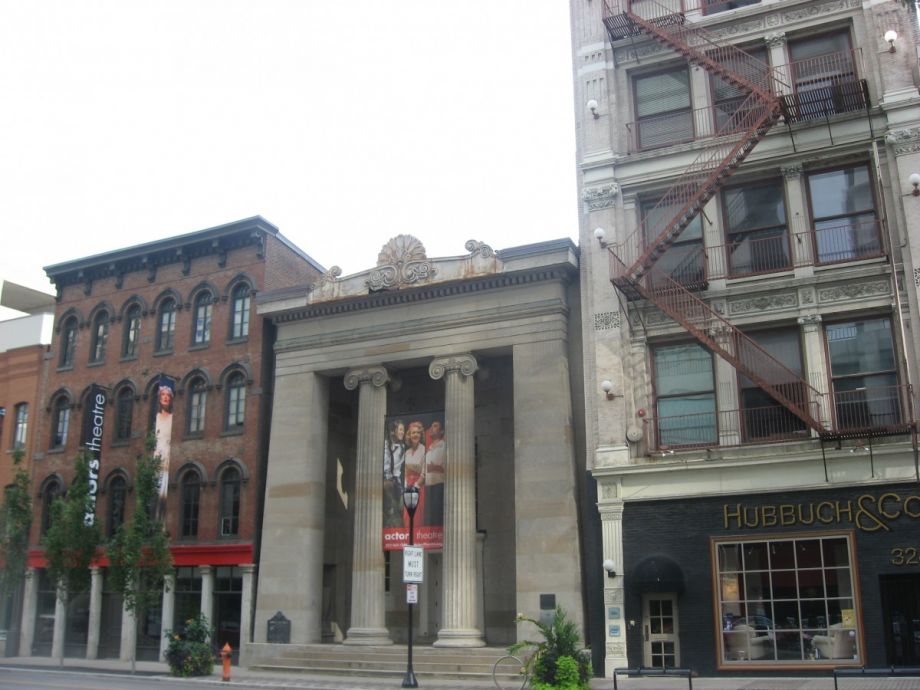 Louisville is one of the oldest cities west of the Appalachian Mountains, founded in the fire of the Revolutionary War in 1778 and named after the King of France. But it’s not easy bringing the city’s past into the future.

Historic preservationists are fighting an uphill battle in Louisville — in both public policy and public opinion.

It wasn’t always this way: Louisville was a preservation pioneer in developing one of the first historic landmark commissions in the 1970s. But in 2012, the Metro Council voted to overturn a 40-year-old historic preservation ordinance. While once the commission could determine which historic properties were significant enough to be preserved, the council gave itself the power — overcoming Mayor Greg Fischer’s veto — to override the commission’s decisions. The message it sends is that preservation in Louisville is fine and good until a well-heeled developer comes along.

Public pushback is not what it could be. “We have to do a much better job communicating what the real goals of historic preservation are,” says Craig Potts, executive director of the Kentucky Heritage Council. “There are people who think we are expecting too much out of people when it comes to old buildings, or they think we are radicals who stand in front of a bulldozer every time a property is slated for demolition.”

But there are a few key opportunities that show promise of turning the momentum.

Last week, Fischer announced a new program to recognize historic Louisville structures. By placing plaques at signature sites, the idea is to invigorate public awareness about how preservation enhances the city’s distinctive character. The Conrad-Caldwell House Museum, a luxurious house built in the 1890s in Old Louisville, is the first building to be recognized in the new program.

There’s also a national spotlight on Louisville now. The National Trust for Historic Preservation is coming to town for a three-year study on how rehabilitation efforts connect with economic growth. For the Preservation Green Lab program, part of a countrywide series, a team will work with city officials to study revitalization in the oldest corners of Louisville. Their purpose is to make it easier to retrofit historic buildings for modern uses. It’s a good moment to do it: NTHP’s senior manager of sustainable preservation told the Louisville Courier-Journal that the Mayor has created a more “pro-preservation” climate in the city.

At the state level, the Kentucky Heritage Council is in the midst of crafting a strategic plan that will carry them into 2020. And it will hopefully be better than the last one, which, Potts says, offered zero specific action items. “It was not widely used, so far as we can tell,” he notes.

According to Potts, KHC needs to push preservation out of its niche category, and help the public understand how it dovetails with their other civic priorities — green technology, smaller carbon footprints, conservation of resources, walkable communities, tourism and a distinctive sense of place.

“No matter who you ask, there is some place or building or man-made environment that they appreciate and cherish,” Potts says. Tapping into the feeling can make people aware of the importance of a larger preservation strategy.

Preservationist policies must be integrated back into city and county policy too, Potts says. Zoning overlays can be formulated to balance new development with distinctive historic developments that make a place unique, drawing in both new residents and tourists. This gives elected leaders the opportunity to embrace preservation not in opposition to development, but a partner to it.

A big win was the statewide historic rehabilitation tax credit, which piggybacks on a similar federal tax credit, and was first introduced in 2005. To date, at least 425 properties throughout the state have been revived, thanks to it. Louisville landmarks that have depended on it include Whiskey Row, a historic block where the bourbon industry took root, and the Starks Building, a beautiful 14-story downtown building built in 1913.

And if some of Louisville’s skepticism of historic preservation is built into its DNA, then Zickuhr at Preservation Louisville considers it her job to tweak the genetic code. The organization’s workshop series shows residents how to apply the tax credit to owner-occupied projects. (Unlike the federal tax credit, Kentucky’s credit also applies to homeowners who live in historic houses.)

The series also features skilled tradespeople discussing the practical skills of historic rehabilitation, like plastering or roofing. It is designed so that citizens can be empowered to care for their own homes, or be more informed when working with their contractors. And, Zickuhr said, the workshops help citizens appreciate the possibilities of historic properties throughout the city.

KHC is also creating a new historic preservation crafts training school: the Samuel Plato Academy, named after the African-American architect and builder born in Louisville in 1882, which should open in the next year. The school is focused on West Louisville, a historically distressed neighborhood. Students from the community will train with skilled teachers in preservation and rehabilitation trades, earning accredited collegiate certification. The program spans three semesters, or one solid year, and is expected to lead to high-paying jobs. For at least the first three years, tuition will be free.

The crafts school is the result of a compromise reached with the Ohio Rivers Bridges Project, a long-running public works project that will connect Louisville and southern Indiana with two new bridges. It has had a huge impact on the historic properties and environmental health in the city. KHC was one of the players in developing a memo of agreement to offset some of those impacts. That includes $1.5 million to establish the crafts training school that will benefit both the citizens and the historic properties of West Louisville.

But another part of the legacy of the bridges project, according to Zickuhr, was that it painted preservationists in a bad light. Over the years, many organized and even filed suit against the project before the agreement was developed. That gave the public the idea that preservationists are obstructionists who want to stop progress.

Step by step, she and other preservationists are trying to show otherwise by turning out concrete results. Save Our Shotguns is a Preservation Louisville initiative to preserve the city’s shotgun houses — Louisville has the most in the country. Many are dilapidated and many have been demolished. Zickuhr believes it’s important to show how Louisville historic properties are not just enormous mansions and glamorous downtown office buildings. These houses — which originated the small, affordable housing movement — are an important part of history as well. In both education efforts and practical rehabilitation of select shotgun houses, the organization is showing the diversity and agility of historic preservation. They are teaching by doing.

“The SOS program has been a wonderful piece of my heart,” Zickuhr said. “I love actually physically getting out there, working on the houses, and showing them all what we can do.”