With or Without U.S. Support, Global Cities Will Keep Fighting Climate Change – Next City

With or Without U.S. Support, Global Cities Will Keep Fighting Climate Change 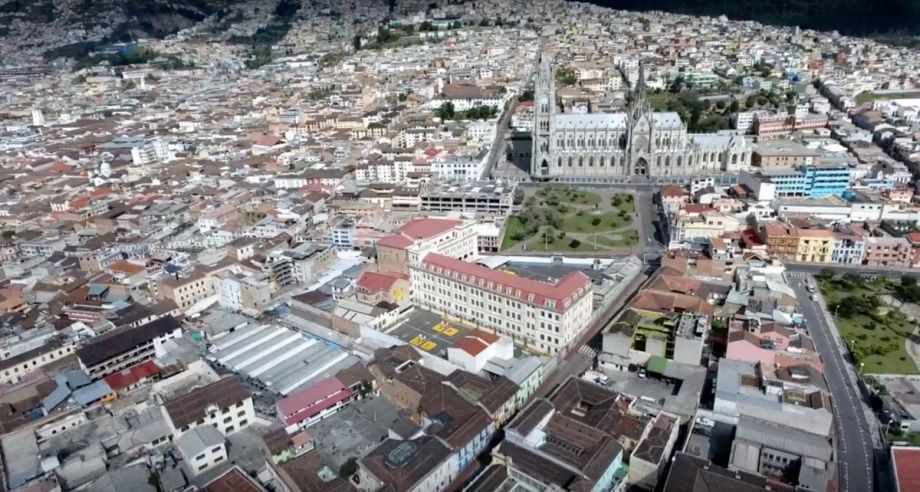 Do you live in that “shining city on a hill” or a place of “American carnage?”

I think it’s important because perception can be reality. And, it certainly can affect public policy as well as laws, regulations, plans and investments.

The former vision was presented by Ronald Reagan in his 1981 presidential inaugural address, and reiterated after his re-election when it was “Morning in America.” The latter was heard this past week in an inaugural speech that presidential historians termed “dystopic” and “radical.”

Public reaction varied widely, with supporters confirming their vote, and opponents realizing their worst fears. We all know the truth lies somewhere in between, but how do we move forward and create the change we seek?

In an era where major policies are announced in 140 characters and public input is driven more by social media than by public meetings, we find ourselves at a challenging crossroads on how to make our cities better. Or, to build on a current phrase, “great again.”

Complicating this further is the current fad (at least I hope it is) of presenting “alternative facts,” or as George Orwell termed it in his seminal book “1984,” “newspeak.” I don’t know how you build a consensus, which is so critical to the future of a democracy, when you can’t find agreement on known, measurable information.

In an age of “America First,” what does this mean for cities across the nation and around the world?

In the coming months, we’ll find out more regarding U.S. federal policies on cities. While many people expect a change in direction with the new administration, it remains unclear whether and how national policies will affect cities.

Last year, I participated in several expert group meetings on national urban policies organized by UN-Habitat and the Organization for Economic Co-operation and Development (OECD). Our report helped inform the New Urban Agenda, which was adopted by nations around the world last October at Habitat III.

What struck me as most curious was the number of nations around the world, including major democracies, with national urban policies. Covering issues as critical as transportation, housing, parks and jobs, these national policies provide a vision for the future as well as guidance for plans, programs, regulations and investments. They are based on verifiable data and the places where future growth will be encouraged.

It is questionable whether the United States has a national urban policy. By most measures, it is at best informal, at worst nonexistent. And, as a result of a fairly vapid election where policy was subservient to the salacious, urban policy options received little attention.

Let me put this in a way that perhaps President Trump and other businessmen can understand: If you were to think about America as a corporation, and taxpayers as stockholders, shouldn’t we have a strategic plan for our assets? Would you own stock in a corporation without a strategic plan? Considering that people are our greatest asset, and that our cities are becoming the place of choice for more and more people, shouldn’t we have national urban policies that value and enhance our cities?

Mayors get it. Oakland’s Libby Schaaf said at the World Stage at Habitat III that “the New Urban Agenda is Oakland’s agenda.” Birmingham Mayor William Bell and Santa Monica Mayor Tony Vazquez reminded us all that leadership matters, and that mayors are on the front lines of urban challenges on a daily basis. C40, 100RC, United Cities and Local Governments, U.S. Conference of Mayors and the National League of Cities have all created formal mechanisms where mayors as urban CEOs are developing plans, sharing ideas as well as measuring results.

The New Urban Agenda provides the framework for cities and nations to consider national urban policies, and to find ways to address the growing urbanization of the world. It builds on the COP21 agreement in Paris, the Sustainable Development Goals (SDGs) and other international agreements that recognize the growth of cities, fragility of our environment and human rights for all.

Next City has covered key aspects of the New Urban Agenda as well as COP21, SDGs and other international agreements that seek to improve cities around the world. We’re releasing our latest ebook, “The Habitat III Reader,” (download here) in the hope that you and others will find inspiration in the ideas presented. We welcome your continued engagement, and hope that you consider opportunities to become the change you seek.

Over the next year, we will continue to cover the aftermath of Habitat III as well as the road to the next major international discussion on urbanization, the World Urban Forum 9 in Kuala Lumpur, Malaysia, in February 2018. We are already planning our World Stage for urban leaders, and are seeking partners to collaborate in evaluating progress as well as identifying new opportunities to make cities better. Stay tuned.