Can We Abolish the Police Without Challenging the Status Quo of Car Culture? – Next City

Can We Abolish the Police Without Challenging the Status Quo of Car Culture? 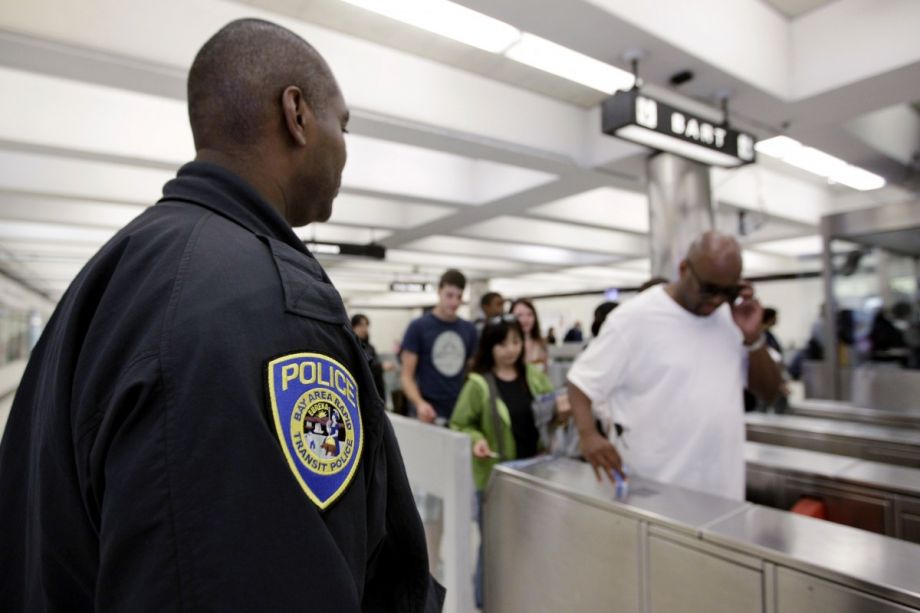 On average, police spend 15 percent of their time enforcing traffic. The ongoing movement to defund the police demands that police funding be reallocated towards community priorities. If we understand the relation of policing and cars and the antidote – public transit – re-investing funding from police agencies to transit systems demonstrates a possible remedy to the dual threat of violence from policing and cars. By transitioning resources from police departments to transit agencies, cities could both reduce the need to protect communities from reckless driving and increase racial equity in our cities.

The movement to defund the police has accelerated the growing awareness of the racist origins of policing and incarceration. The 13th amendment condoned slavery for inmates, providing an avenue to re-enslave Black Americans in the post-Civil War Reconstruction era. This loophole fueled the growth of incarceration and policing, through what CUNY Scholar Ruth Gilmore Wilson calls legislated criminality or the creation and enforcement of crimes to fit the need of the prison industrial system.

In the early 1900’s police forces across the country grew once again. This time, the police forces grew in response to a real danger: the car. Law professor and scholar Sarah Seo notes that deaths from car crashes increased 500 percent between 1913 and 1932. Interestingly, policing did not immediately increase in response. Given the racist history of policing, it is unsurprising since drivers were initially mostly wealthy white men. We see this white privilege play out as Seo describes efforts to enforce new road regulations through the honor system.

However, these efforts were short-lived. Communities soon found that their earnest efforts to discourage reckless driving with marketing campaigns, such as billboards, were ineffective. Community members agitated for a more serious response by illustrating the grave danger presented by cars. In the 1920’s, with the memory of World War I on the minds of the public, newspapers “frequently mentioned… the loss of life from car accidents was twice the loss of life from war.”

While efforts to increase policing in response to the danger of cars were successful, hindsight reveals that this growth of policing in response to the increasing ubiquity of cars was an ineffective cure with a fatal side effect. This increase in policing has had devastating consequences for Black and brown communities. Often, especially for Black and brown people, a traffic stop is just the first step on an increasingly lethal scale. Philando Castile was shot by police during a traffic stop, and Sandra Bland died in police custody three days after being arrested during a traffic stop. At the same time, cars remain a dangerous threat to the safety of drivers, passengers, bicyclists, and pedestrians.

In Wisconsin, where we where we advocate for regional transit in Milwaukee and numerous communities across the state, the threat of cars has disproportionately impacted Black people, where deaths from car crashes doubled in 5 years (between 2013 and 2018) for Black Wisconsinites.

Not only have cars posed safety threats in the form of increased policing and “accidents,” they also created segregation through the construction of freeways through Black communities. Many poor people end up in a cycle of police contact, costly traffic tickets and court dates, further increasing their “criminal record,” while preventing them from getting to work, school, etc. At the same time, people are left with no other option than driving to work. A UW-Milwaukee report found that a combination of bus service cuts and job growth in the region’s suburbs made 30,923 jobs inaccessible by transit between 2001-2014.

Despite the dramatic need for transit in the region, the state of Wisconsin forged ahead with massive freeway expansions in the Milwaukee region during this time. In 2014, the State of Wisconsin’s Department of Transportation settled a lawsuit that alleged racial discrimination for spending $1.7 billion on the Zoo Interchange, which served mostly white suburban residents, without adding any accompanying transit options. The settlement allocated $11.5 million for transit access to a few suburban job locations over four years. Since then, the funding for the Job Lines bus routes has ended, but plans for a new highway expansion in the region have resurfaced.

Understanding the history of the growth of policing during the rise of the car provides important insight for our discussion about the role of policing today. Given this, it’s worth asking what the impact of the proposed freeway expansion in Milwaukee (and across the country) might have on policing? Seo explains that in the 1930’s the LAPD cited the growth of paved streets as rationale for increasing the police force. This may be the most revealing illustration of the reciprocal growth of car culture and police forces. This connection suggests that while we call for defunding the police, we can understand how systemic racism of policing is intertwined with the racist transportation systems in our country. How can we both protect Black communities from the violence of police and other structural harms disproportionately burdening Black communities? In this case, transitioning money from police to transit service may illustrate a solution to the combined threat of police and car violence.

No doubt this may raise more questions — such as the instances of policing on public transit, which can just as easily (and often does) manifest in the targeting of brown and Black riders. The Cleveland BRT Healthline, for example, was required to halt its fare enforcement when an ACLU study found that nine out of ten stops were of Black riders.

That said, while the ability to defund policing of cars raises logistical questions about protecting people from cars, de-policing public transportation is much more feasible. Making transit fare-free, for example, would largely remove the need for enforcement on transit systems. Cities across the country have had a chance to test the viability of free transit over the past several months because of COVID-19. While these systems are struggling to cover the mounting costs, because of a loss of fare revenues (and other COVID related challenges) perhaps we could imagine a world where robust, free transit is widely available across the country. The money is there in most cities to do so — it just keeps being allocated to police departments.

Nick DeMarsh is a member of the Milwaukee Transit Riders Union and the Wisconsin Transit Riders Alliance. He is currently a PhD student in Urban Planning at the University of Wisconsin. Rick Banks is the Political Director/Organizer for Black Leaders Organizing for Communities and has been a leading advocate in Milwaukee’s LiberateMKE Campaign.