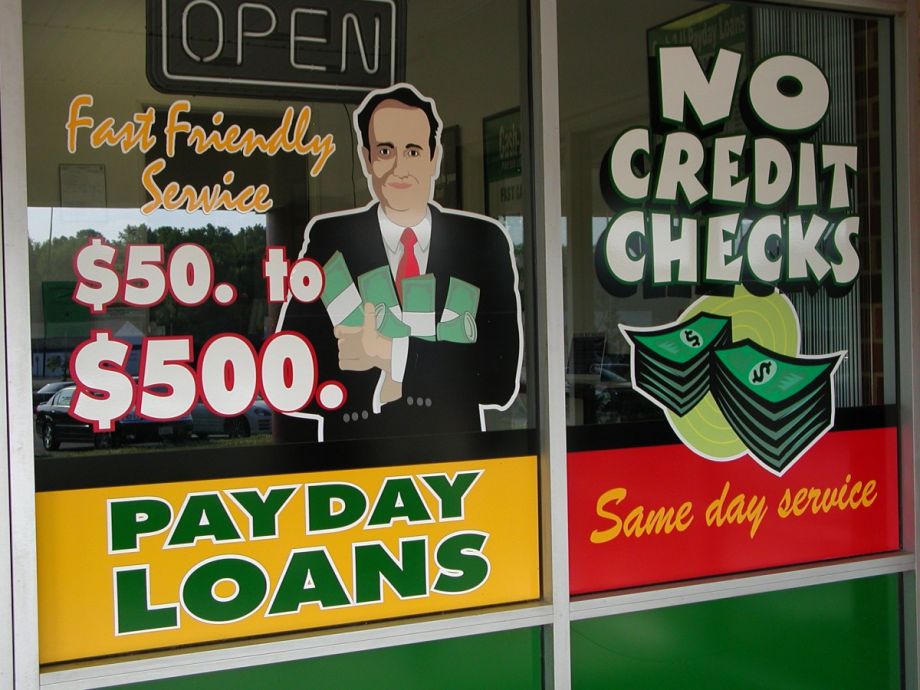 A bipartisan coalition of lawmakers plans to introduce a bill that would cap interest rates at 36 percent annually, NPR reports.

“It’s hard to imagine who would want to take out a loan with an interest rate of 150 or 200 percent a year,” Grothman told NPR. “There is no way that is in anybody’s best interests at all, and taking advantage of people who are either in desperate straits or more likely just plain financially illiterate is immoral.”

Lenders who make such high-interest loans say that such an interest rate cap would deny consumers with low credit scores access to money. “Our estimate is that this will redline 150 million Americans from access to credit,” Mary Jackson, the CEO of the Online Lenders Alliance, told NPR. The Center for Responsible Lending’s Graciela Aponte-Diaz fired back: “There are so many other alternatives…For these guys to say that this is redlining, that is outrageous.”

At least three-fourths of the time, says the Brookings Institution in a new blog post, tax incentives offered to attract a business don’t affect that business’s decision on where to locate. On average, only 10 to 30 percent of the promised jobs go to state residents who aren’t already employed; when a new business relocates and brings out-of-state workers, it also raises costs to public services that offset around 90 percent of any increased tax revenue.

How should cities use tax incentives, then, if at all? Brookings scholars Tim Bartik and John C. Austin write that municipalities should ensure these incentives meet four tests: They should target the right type of business (one that will produce multiplier effects by, for example, buying from local suppliers); they should target the right areas (with local residents who are talented and available for work), they should be the right type of incentive (with requirements to hire locally, for example), and they should have a way to measure the impact of the business’s relocation accurately.

For more details see the Brookings post and the published checklist, which is available free online.

As Next City has reported, rules around home mortgage lending mean that many lenders are required to disclose data about mortgages that helps industry watchdogs keep an eye out for racial or other forms of bias. No such rules have been implemented for small-business lending, despite a provision in the Dodd-Frank Act requiring them, forcing advocates to rely on “mystery shopper” tests.

Most representatives from the financial industry said at the forum, which was convened by the Consumer Financial Protection Bureau, that they were supportive of the rules, with some saying that they didn’t think collecting the data would be burdensome, and others saying that more transparency would increase access to credit and reduce “irresponsible lending,” in the words of Richard Neiman, head of public policy at peer-to-peer lender LendingClub.

“We don’t need to be scared by some sunshine,” Brad Blower, vice president of consumer practices at American Express, added.

The strongest opposition to the reporting rules came from not banks or other lenders but from right-leaning think tanks.

“To the extent it applies to all loans, it’s going to reduce the number of loans. It’s going to increase the costs associated with small-business loans and raise the costs that small businesses have to pay,” David Burton, a senior fellow at the Heritage Foundation, said, according to American Banker.