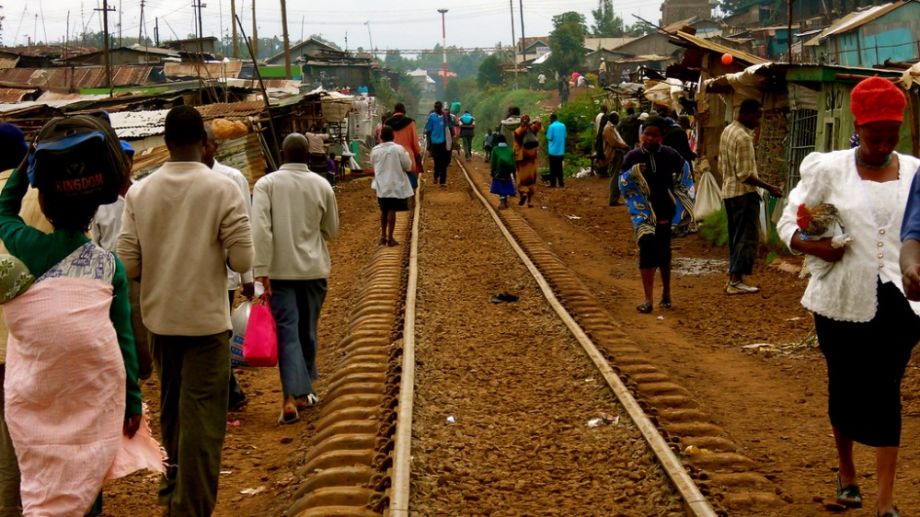 It’s no coincidence that UN-HABITAT’s headquarters is located in Nairobi — the informal settlements of the Kenyan capital are among the most studied in the world. And yet the totality of Nairobi’s informal settlements remains elusive. Estimates of the population of Kibera, Kenya’s largest slum, for instance, range from 170,000 to 1 million (though the higher estimate is now typically seen as discredited). The ambiguity stems in part from the fact that these slums aren’t officially recognized by the government, despite the fact that they house over 50 percent of Nairobi’s citizens.

Contrary to their official invisibility, however, these are the hubs of a robust informal sector that fuels Nairobi’s economy — a sector whose share of the labor force grows every year. And this informal economy is closely linked to the city’s commercial enterprises, with the wages of formal-economy workers paying for many informally produced goods and services: private buses called matatus carry doctors and bureaucrats to work; women who live in the slums sell imported goods to professionals.

The importance of this symbiotic relationship is often lost on Nairobi’s officials, however, leaving informal settlements under-served and the informal economy under-appreciated. Poor infrastructure in the slums, for instance, means that residents spend up to 30 percent of their incomes on water. Evictions without warning or due process destabilize neighborhoods. But progress is being made. Local organizations are working to establish a formal eviction process that will protect residents’ rights and prevent slum clearances marked by violence and panic. And Kenya-based social enterprises are working with micro-lenders to establish sanitary water and toilet facilities. Nairobi’s informal realm has enormous challenges to overcome, but also stands to benefit the city immensely.

Jason Patinkin is a journalist and photographer based in Nairobi, Kenya. He regularly contributes to the Deutsche Presse-Agentur, and his work has appeared on the BBC, the Guardian, Lakota Country Times and numerous other online and print publications.