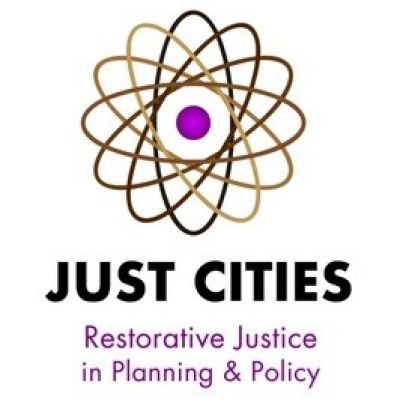 Our beloved nation finds itself at another historic crossroads in the long struggle for racial equality and liberation. Growing national movements to rectify the twin evils of mass incarceration and discriminatory barriers to employment and housing when people return home from prison have passed model public policies such as Ban the Box in employment and Fair Chance Housing.  As our cities grow more and more expensive to live in and homelessness explodes, what are model public policy solutions that enable people with criminal records to access stable and affordable housing?  As we work to create a more perfect union, how do we not replicate racial oppression in our public policymaking processes by honoring the voices and leadership of formerly incarcerated residents?  What are the myths and stories that society tells us about people with criminal records and how has that prevented us from providing a basic human need and right to housing?

This event was recorded on International Human Rights Day where speakers engage in dialogue with the people who did the heavy-lifting to create North Star Fair Chance Housing policies!

Visit www.fairchance4all.org for a policy comparison chart of the nation’s North Star Fair Chance Housing policies as well as links to the ordinances themselves. 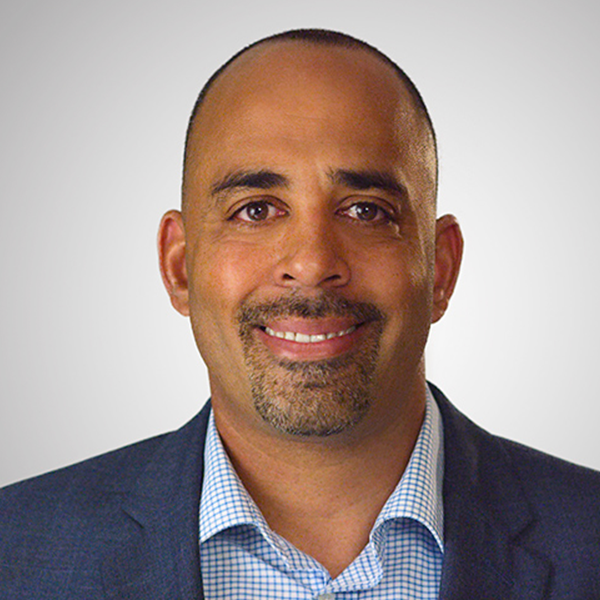 David Muhammad is the Executive Director of the National Institute for Criminal Justice Reform (NICJR). A longstanding leader in the fields of criminal justice, violence prevention, and youth development, David Muhammad was the primary author of NICJR’s seminal report – A Positive Youth Justice System and was extensively involved in developing a reform plan for the Los Angeles County Probation Department, serving as the technical assistance provider for the Sierra Health Foundation’s Positive Youth Justice Initiative, and providing training/consulting to several California probation departments.

Through NICJR, David provides leadership and technical assistance to the Ceasefire Gun Violence Reduction Strategy in the cities of Oakland and Stockton, California; Portland, Oregon; and Indianapolis. David helped lead a partnership of organizations and technical assistance providers that achieved a 50% reduction in shootings and homicides in Oakland and was the main author of NICJR’s report on Oakland’s Successful Gun Violence Reduction Strategy.

In 2013, Mr. Muhammad was the first Executive Director of the Anti-Recidivism Coalition (ARC) in Los Angeles. ARC has grown to become one of the largest and most prominent service providers and policy advocacy organizations for the formerly incarcerated in California.

During his time as Executive Director of The Mentoring Center in Oakland, CA, David helped design the Office of Neighborhood Safety for Richmond, CA which has since been credited for bringing significant reductions in violence to the city.

David is a graduate of Howard University’s School of Communications and has completed a certificate program on Juvenile Justice Multi-System Integration at the Georgetown Public Policy Institute. 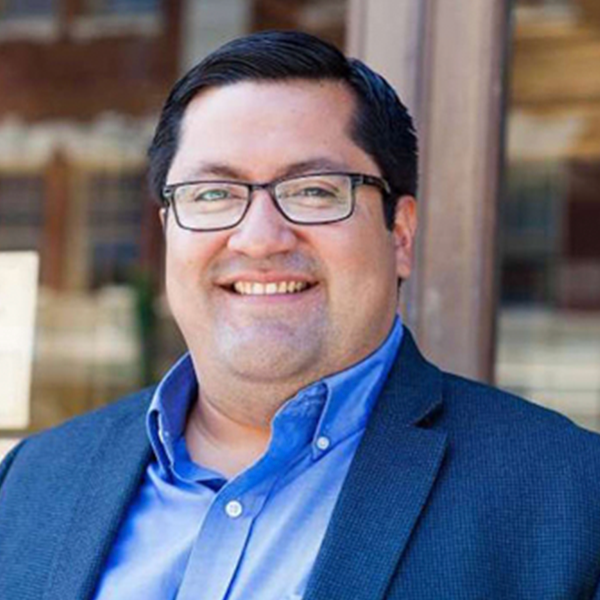 Jesse Arreguín
Mayor, City of Berkeley, CA
The son and grandson of farmworkers, Jesse grew up in a working-class household, where he experienced first hand the disruptive and harmful effects of evictions are to working families.

Jesse has served the Berkeley community for 16 years. Prior to his election to the City Council, he served on Berkeley’s Housing Advisory Commission and fought for City funding for student cooperative housing. He has served citywide on the Rent Stabilization Board, the Chair of the Rent Board, the Zoning Adjustments Board, the Downtown Area Plan Advisory Committee, and the Planning Commission.

As Berkeley’s Mayor, Jesse has made addressing homelessness, affordable housing, improving infrastructure, and educational outcomes by working to change Berkeley’s approach to addressing homelessness, focusing on compassionate solutions and housing first. In late June 2018, the City opened the Pathways STAIR Center, a 24/7 shelter that provides case management, social services, and housing support when people move out.

Jesse Arreguin is the President of the Association of Bay Area Governments (ABAG), the Bay Area's regional planning agency, and the Council of Governments. He also sits on the Joint ABAG-MTC Regional Governance Committee and chairs the ABAG Housing Methodology Committee, which is developing the methodology for the next Regional Housing Needs Allocation (RHNA).

Jesse Arreguin is a graduate of the University of California, Berkeley. 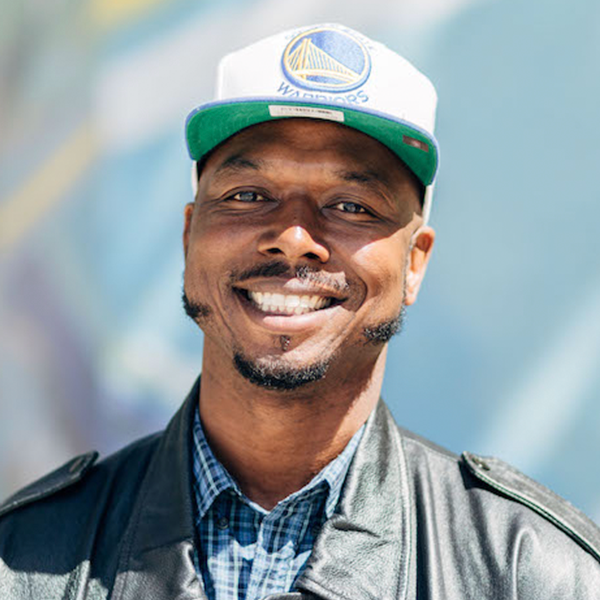 As a formerly incarcerated and third-generation Oakland resident and father, John has dedicated the last seven years of his life as a fierce and loving advocate and activist for human and economic dignity by addressing socio-economic factors and fighting to remove barriers for formerly incarcerated people and their loved ones. 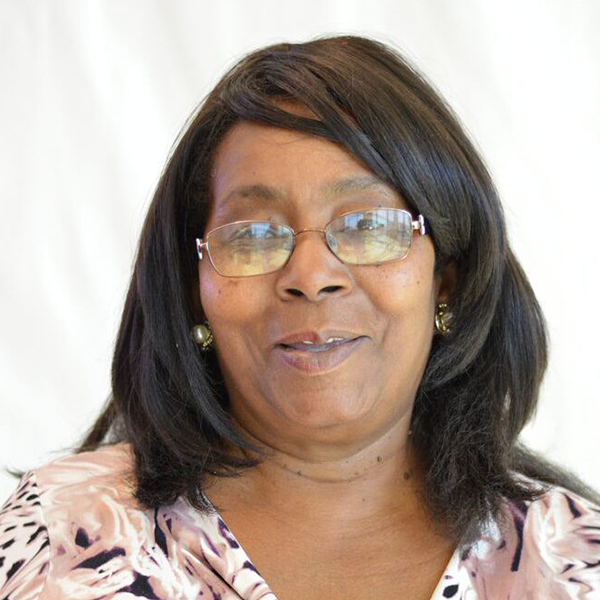 Originally from Tampa, Florida, Miss Sherry moved to the  Bay Area to work around social justice and human rights issues, such as the release of political prisoners following the end of apartheid in South Africa and campaigning for political prisoners in the US, including Leonard Peltier and Geronimo Pratt.

With firsthand experience with displacement, Miss Sherry has witnessed numerous families lose their homes and disappear from Oakland since the housing crisis of the 2000s. With the rampant rise of gentrification, original Oakland residents can no longer afford to live in their neighborhoods leading to a troubling increase in homelessness. Miss Sherry believes that city and federal governments should be held accountable for this situation and is a firm advocate for housing as a human right. 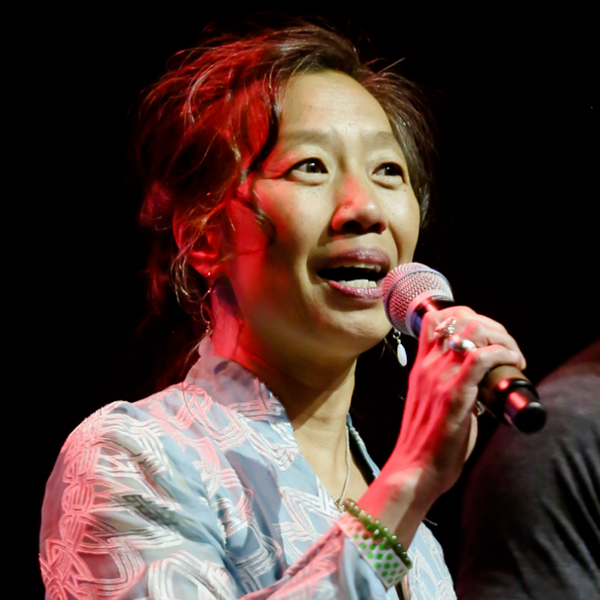 Margaretta Lin is an enduring leader for transformative justice, dedicating her life to empowering systems-impacted BIPOC communities. As the founder of racial justice institutions such as Just Cities, the Dellums Institute for Social Justice, the East Bay Community Law Center’s Community Economic Justice Clinic, Youth Together, and the City of Oakland’s Housing Resource Center, Margaretta combines her experiences as a leader in government, organizing, movement lawyering, and social enterprises into a force for justice and hope.

As the Research & Policy Director of the Alameda County Fair Chance Housing Coalition, Margaretta oversaw the policy design and development of the Ron Dellums and Simbarashe Sherry Fair Chance Access to Housing Ordinance in Berkeley and Oakland, CA. 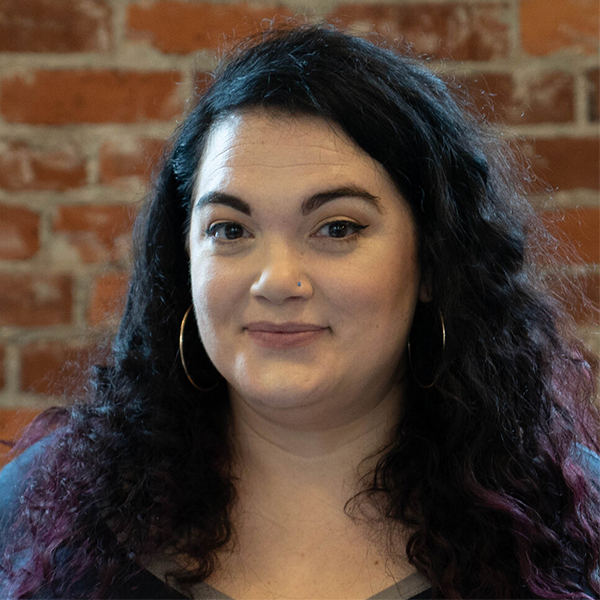 Julia Maria Delgado
Vice President, Urban League of Portland
Julia Maria Delgado has been working in the field of human services and community health for fifteen years, focused on health equity, policy, and the dynamics of social change. She is currently the Vice President for Urban League of Portland, where she oversees a wide array of programming related to health navigation, supportive housing, and early childhood health with an emphasis on eliminating health disparities for African Americans in Oregon.

Julia is also an Adjunct Professor at Portland State University where she teaches Women’s Homelessness and Racial Equity in Oregon. She serves on the Board of Directors for the Portland Fruit Tree Project and as a Coordinating Board Member of A Home for Everyone.

She earned a Bachelor’s degree in Health Policy in 2007 and obtained her Master’s in Public Health and Masters in Social Work from Portland State University. 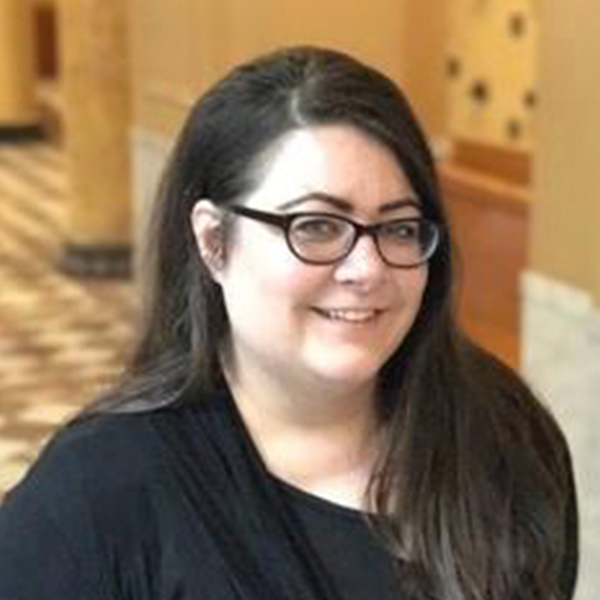 Jamey Duhamel
Director of Policy, City of Portland Office of Commissioner Eudaly
Jamey Duhamel has served as the Policy Director for Commissioner Eudaly since 2017. As a tenants rights activist, Jamey and Commissioner Eudaly came into Portland City Hall with a mandate to reform the state tenant-landlord laws that led to decades of rampant rent increases, no-cause evictions, and security deposit abuse. Since then, Jamey has facilitated and been the primary architect of community-led solutions such as Mandatory Relocation Assistance and the Fair Access in Renting policy package that dramatically reformed security deposit and screening criteria rules.  Jamey believes that the path to change is to recognize the expertise of lived experience and to serve as a direct conduit between community preferred solutions and decision-makers in government. 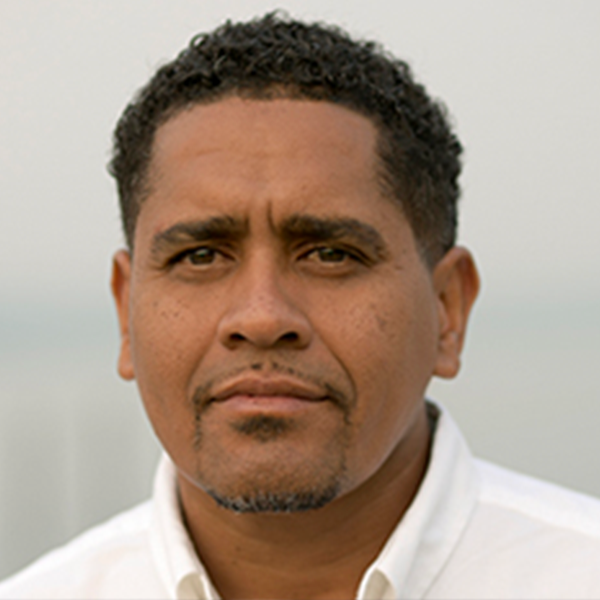 Augustine Cita
VP of Operations, Urban League of Metropolitan Seattle
Augustine J. Cita is Program manager of Career Bridge which operates through the Urban League of Metropolitan Seattle. He worked in the trades as a Master Journeyman installing Marble and Stone for over 16 years, through Local #1 (BAC) in Washington.  Augustine was promoted to a foreman position, and in 2003 became Senior Project Manager at a commercial flooring company in Seattle by netting large scale construction projects.

In 2006, things took a turn for the worse, and Augustine was sentenced to over 7 years in prison. With strength, a resolute faith, and a determination, to turn things around, Augustine began to focus his attention on what he terms as “change, from the inside out.” In prison, he began working for Edmonds Community College helping inmates to acquire their G.E.Ds and teaching basic computer skills. He established what came to be known as the “Round Table Meetings” using group dynamics to help inmates with self-esteem enhancement.  The Round Table Meetings morphed into what would later be called the “Ready 4 Release” class at Monroe Correctional Complex. It was the first of its kind in Washington's prison system where inmates could work to help other inmates without any outside sponsor or supervision. Augustine facilitated the Ready 4 Release class for 31/2 years and touched the lives of over 250 inmates.

In April, 2014, Augustine was hired by the Urban League as a Program Navigator/Case manager, and facilitator for the Career Bridge program. After successfully completing six Cohorts, including one at Monroe Correctional Complex, he was promoted to Program Manager. Today, Augustine works as an independent contractor teaching reentry at Monroe Correctional Complex.  By helping to make Career Bridge an accredited program, Augustine was hired as a faculty member at South Seattle College. Today, Augustine is a part-time student at South Seattle College working to obtain a degree in Accounting. He has also co-founded an organization called “A to Z” assisting men and women who face multiple barriers in their lives. When asked, why he walked away from the trades to do the work he does now, he responded “this is where I belong—it’s where I’ve always belonged…” 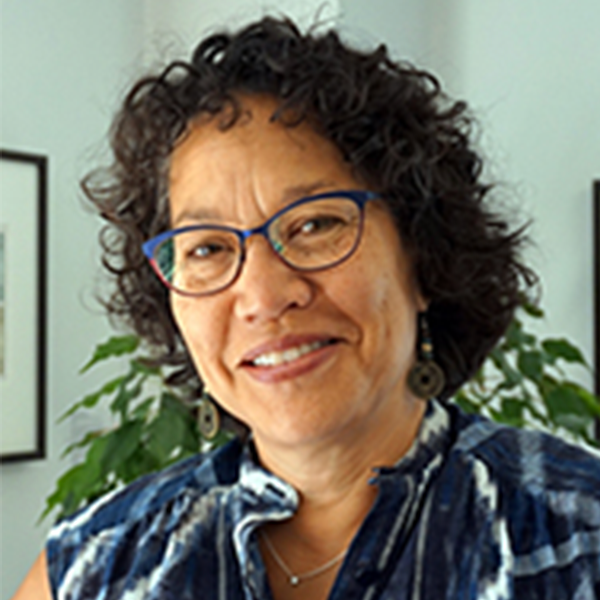 Previously, Mariko served as Director of the City of Seattle's Youth Violence Prevention Initiative, a community-based, multi-sector, collaborative effort to reduce youth violence by providing a network of supportive services to approximately 1,500 youth in the most impacted neighborhoods. Before coming to Seattle, Mariko served as a President & State Director of Communities In Schools of New Jersey where she was responsible for the management and operations of the statewide dropout prevention organization. 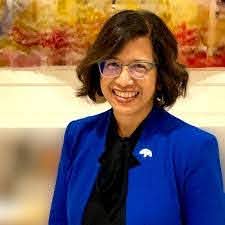 Nikki Fortunato Bas
District 2 Council Member, City of Oakland, CA
For two decades, Councilmember Nikki Fortunato Bas has been an advocate for working people, leading the passage of policies in Oakland to create the building blocks for regional, state, and national change. Councilmember Bas started out in Chinatown organizing Chinese immigrant garment workers to win their wages back. She also worked in coalitions to raise Oakland's minimum wage with paid sick leave, create living-wage jobs on the old Oakland Army Base, and reduce diesel truck pollution at the Port of Oakland.

As the City of Oaklands’ District 2 Council Member, Councilmember Bas and her team advocate for housing is a human right, a city budget that serves the community's needs, and access to resources/services for each and every neighborhood. Councilmember Bas believes that a key function of city government is to make sure that everyone has shelter. Providing essential services and shelter for our homeless neighbors, treating people with compassion and keeping families and communities together, and creating more affordable housing to stop the displacement of native working and middle-class Oaklanders.