Lucas Grindley on How Storytelling Fuels Movements for Change – Next City

Lucas Grindley on How Storytelling Fuels Movements for Change 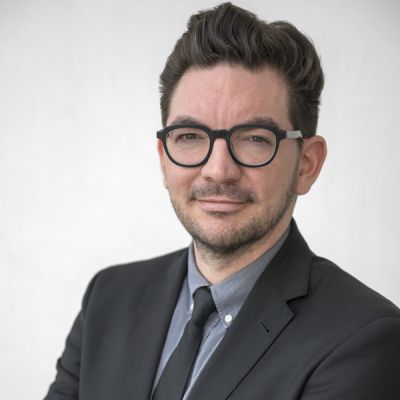 Movements for change must come with narratives for change, contends Lucas Grindley, executive director for Next City.

“Cities need change. But what I’ve learned over my career in journalism is that in order for change to spread, we need expert reporters who share stories of what’s working,” says Grindley, a special webinar host for How Storytelling Fuels Movements for Change. “Hearing those stories enables ideas to travel from one city to the next. Stories also inspire changemakers and give them certainty they aren’t alone.”

During the webinar, Grindley discusses effective storytelling, explains the role of journalism in fueling movements for change, as well as outline Next City’s role in making that happen in cities across the world.

Grindley also illuminates a brewing crisis in journalism that, he says, is already affecting urban movements. Today there are nearly half as many people working in newspaper newsrooms compared to 10 years ago, according to the Pew Research Center. Everyone wants their stories told but there’s no one to do it. The problem is about to get worse as the Department of Labor predicts a 9 percent decline in the number of journalists over the next seven years, coinciding with a 9 percent increase in the number of public relations professionals. Public relations reps already outnumber journalists by six to one, according to the U.S. Census.

“People ask me why I do this job,” says Grindley. “Maybe to some it looks like Next City publishes stories about some amorphous thing called ‘urbanism.’ It might look like policy wonkism. But I see people who care about their neighbors. I see people who will keep trying. They cut down barriers and give opportunity to anyone kept out of the American Dream, no matter how many times it looks impossible to change things. And they won’t let anyone or any history define that dream for them. I want to live in the world they are trying to create. That’s why I do this job.”

Grindley is an award-winning journalist covering policy making and social justice. Grindley was previously editor in chief of The Advocate, the longest running LGBTQ news magazine, where he also served as president of Pride Media, the largest LGBTQ media company. He has twice been named the “LGBTQ Journalist of the Year” by the National LGBTQ Journalists Association (NLGJA). His career began in local news at the Sarasota Herald-Tribune in Florida and spanned federal policymaking in DC while at National Journal magazine. He has won three national Sigma Delta Chi awards from the Society of Professional Journalists, plus numerous others.