Irfana Jetha Noorani on How a Park Can Prevent Cultural Gentrification 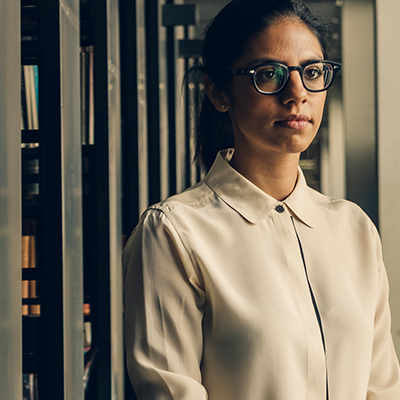 When cities or organizations bring new investments to a historically marginalized area, nowadays at least some think about the potential economic gentrification that can take place. Forward-thinking cities are looking to mitigate the effects of higher rents and displacement. But one aspect of gentrification that doesn’t historically get the same amount of attention is cultural gentrification, or the loss of arts and culture reflective of the original inhabitants of a neighborhood.

Washington, D.C. and local nonprofit Building Bridges Across the River are embarked on a $139 million, decade-long project to build an elevated park across the Anacostia River, literally building a bridge between one of the District’s wealthiest neighborhoods and one known for poverty. And from the outset, as Next City has previously reported, the team has worked to ensure the development will be equitable. Building Bridges Across the River helped to create a community land trust and homebuyers’ club (72 renters are now homeowners), deployed half a million dollars in loans to small businesses, and created an Anacostia River Festival with 9,000 people in attendance.

“Though cultural displacement can take different forms — from change in a neighborhood’s physical characteristics (like architecture or landscaping), demographic shifts, or a new coffee shop that opens down the street — it’s about when residents feel a dwindling sense of ownership over their space,” says Noorani. “At the Bridge Park, we are tackling this issue by incorporating principles of inclusivity, participation and resident-led problem solving.”

Noorani will discuss how leaders can prioritize equitable development when starting any new project, sharing insights from the ongoing bridge park project. Along with specific success stories around job training, housing security and economic development, Noorani will share how her organization is working to preserve and promote the stories, culture and heritage of neighboring African American residents.

Irfana Jetha Noorani is the deputy director of the 11th Street Bridge Park, a public/private partnership between the District of Columbia and the local nonprofit Building Bridges Across the River to build a civic space that spans the Anacostia River and connects the communities of Capitol Hill/Navy Yard and Anacostia/Fairlawn. Along with fundraising, Irfana works closely with local stakeholders to plan community-driven programs like the Anacostia River Festival and other placekeeping initiatives in the adjoining neighborhoods.