How Portland Youth Are Working to Educate Law Enforcement – Next City

How Portland Youth Are Working to Educate Law Enforcement 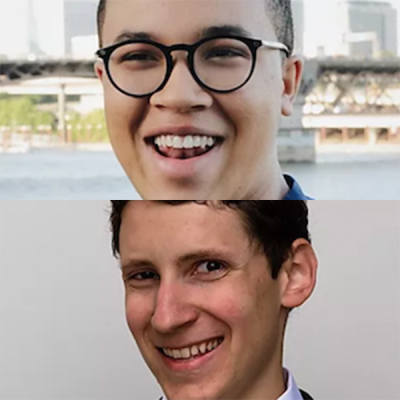 Police brutality and the use of deadly force by law enforcement is a longstanding issue for Black communities. According to “If Not Now, When?,” a report by Strategies For Youth, in the United States 3 percent of officers’ interactions are expected to be with youth aged 16-19, however, 30.1 percent of those interactions lead to use of force.

This particular statistic, along with the police shooting of Quanice Hayes, a Black 17-year-old, that occurred in Portland in 2017, led Taji Chesimet and Britt Masback to found Youth Educating Police (YEP).

In order to eliminate potentially violent and forceful altercations between youth and police, YEP developed three pillars, Program, Policy, and Community, to reshape interactions between the two communities.

For “Program,” YEP conducts professional training with the Portland Police Bureau in order to provide law enforcement with the tools that help them to engage young people. Although the organization is still measuring the success of the training program, YEP has educated more than 1,000 officers.

As it relates to Policy, YEP has staff that sits on three different police oversight boards in Portland. With these positions, staff work to inform the police bureau and the city on best policies and recommendations that create more community accountability.

“The youth of our generation will be the last generation to fall victim to a system perpetuated by racism and violence,” says Chesimet. “The police operate under the guise of reform. We know from community leaders doing this work since the 90s, [however], the prison and police industrial complex can not weed out all the ‘bad apples’ through one implicit bias training — we must look at the public health approach to public safety to transcend this era of pain.”

Chesimet is a freshman at the University of Chicago studying international relations with a minor in criminology. He is the co-director and co-founder of Youth Educating Police. He is impassioned by community social justice. He works in the intersections of his identities to uplift and liberate the Queer and Trans black community.

Masback is a freshman at Princeton University studying public affairs. He is motivated by the potential of storytelling, entrepreneurship and policy to inform community change. He is the co-director and co-founder of Youth Educating Police.