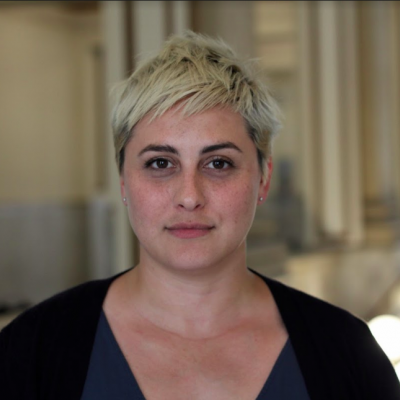 Garmendia will share her approach to developing a racial equity benchmarking process for the City of St. Louis that aligns with the calls to action from the Ferguson Commission. Learn methods for having conversations about racial equity with institutional leaders, gaining access to data, and designing equity metrics that can guide policy and process reform. Participants will learn techniques they can apply to their own city or organization for evaluating hard-to-measure equity concepts such as justice, opportunity and well-being.

Garmendia is the author of the City of St. Louis’ Equity Indicators Baseline Report, which was released in January 2019. In this role, she led the design and selection of racial equity metrics, bringing to bear her unique background in government innovation, data and technology, and impact assessment. In the spring of 2004, she fell in love with St. Louis at first sight while visiting Washington University in St. Louis, later graduating from its Sam Fox School of Design with a Bachelor of Arts in Architecture. For a few years, her work centered on understanding effective neighborhood redevelopment strategies, making films on the subject, advising on neighborhood plans, and managing a health impact assessment of a redevelopment project. She then left St. Louis to pursue a graduate degree in public policy at the Harvard Kennedy School of Government. While in graduate school, she co-founded a civic technology company that partners with governments to bring underutilized government-owned real estate to market. In her role as Chief Customer Officer, she advised government clients on structuring their data to inform policy-making. Prior to her return to St. Louis, she served as the inaugural Senior Research Fellow in Metropolitan Equity at Rutgers Law School in Newark, New Jersey. Her research agenda there led to the creation of the City of Newark's Equitable Growth Advisory Commission. In 2017, she served on the Gubernatorial Transition Advisory Committee on Housing for New Jersey Governor Phil Murphy. In 2014, she was named a Next City Vanguard Fellow, one of country’s top 40 urban innovators under 40. Her work has been profiled in several publications, including the New York Times, Next City, CityLab and Government Technology.