Anthony Frasier on How to Build Inclusive Tech Hubs 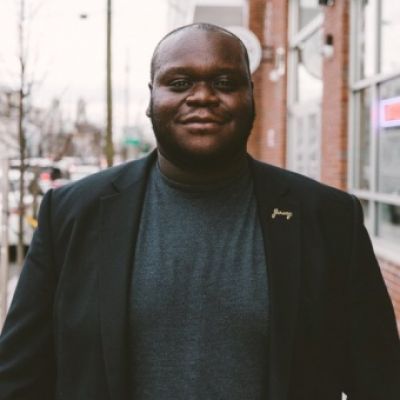 As Newark, New Jersey, begins to make headway as an East Coast tech hub, some community members are being left out of the narrative. According to the U.S. Equal Employment Opportunity Commission (EEOC), in 2014 African-Americans only made up 7.4 percent of individuals employed in tech nationwide. In a city like Newark where 50 percent of the population is black and the median household income is $34,826, an emerging tech hub might be the economic boost that the city needs to level the playing field.

Anthony Fraiser, founder of ABF Creative and Brick City Tech, believes that multicultural community programming for the advancement of tech entrepreneurship could lead to more equity in the greater Newark area. Frasier discusses the racial inequity in both technology and capital raising and how he and his peers are working remediate inequality in the Newark tech scene.

Frasier has over a decade of experience in tech, media, speaking and coaching of aspiring entrepreneurs and students from underserved groups. Frasier serves as the entrepreneur in residence of Newark Venture Partners, a fund backed by Audible/Amazon. He helps to attract innovative tech startups to Newark and incubate promising talent locally. The author of the critically acclaimed “Don’t Dumb Down Your Greatness: A Young Entrepreneur’s Guide to Thinking & Being Great,” Frasier’s motivational blueprint for young entrepreneurs of color has spread globally. Frasier cofounded The Koalition, one of the first online video game publications for African Americans, and worked passionately as a journalist for several years. Frasier also serves on the board of directors for the NY Tech Alliance, focusing on making the greater New York City area more inclusive.

This webinar is part of Next Newark, a series highlighting solutions from Newark, New Jersey, with support from the Lenfest Institute for Journalism and the Facebook Journalism Project.