10 people have watched this webinar. Of those, 3 have contributed $4 so far.

Watch this webinar to learn how a diverse industrial workforce can fuel just and equitable neighborhoods.

A thriving manufacturing sector is the linchpin of any healthy economy. But typically, federal support for manufacturing skews toward large-scale companies, rather than to the small and micro-businesses that now make up the majority of manufacturing companies in cities. How can these federal resources subsidize a local framework that connects residents of underserved communities to higher-wage manufacturing jobs and meaningful career development? At a time when funds are flowing and talk of recovery is front of mind, what role can cities play in directing those resources to the businesses that will be instrumental in building community-based economic resiliency?

Join Next City for a conversation about how federal policy can inform and expand opportunities for urban communities in manufacturing. This panel will talk through how to develop cross-sector and interdisciplinary solutions to workforce development; how to channel forthcoming cash infusions into the communities that will benefit most; and how to cultivate an infrastructure that supports clean energy businesses at a time when the Biden Administration has pledged to cut U.S. carbon emissions in half by 2030.

Next City contributor Emily Nonko will moderate this conversation with leaders in the urban manufacturing space. Welcome remarks will be from Mekaelia Davis, Program Director of the Inclusive Economies program at the Surdna Foundation followed by opening remarks will be from Katy Stanton, Programming and Operations Director for the Urban Manufacturing Alliance. Our guests will be Livia Lam, Senior Vice President of Federal Relations at Strategies 360; Miquela Craytor, Executive Director of the Manufacturing and Industrial Innovation Council at New York City’s Department of Small Business Services; and Stephen Tucker, inaugural President & CEO of Northland Workforce Training Center.

This webinar is produced with support from the Surdna Foundation and in partnership with the Urban Manufacturing Alliance. Our partnership supports the soon to be released UMA report “Centering Federal Industrial Policy in Racial Justice and Community Development,” a series of policy recommendations for federal leadership. 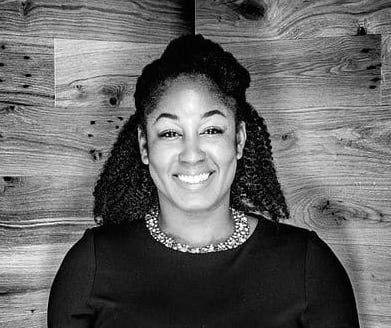 Welcome:
Mekaelia Davis serves as Program Director of the Inclusive Economies program at the Surdna Foundation, overseeing a $9.2 million grantmaking portfolio seeking to advance the Foundation’s social justice mission.  She has spent nearly fifteen years at the intersection of public and private systems to drive social and economic opportunity for communities across the United States. 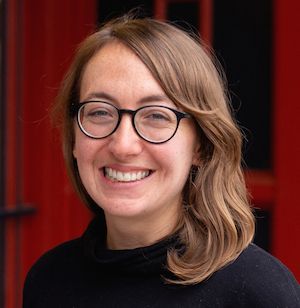 Stage Setting:
Katy Stanton is Programming and Operations Director for the Urban Manufacturing Alliance. She oversees UMA’s national research, communities of practice, and strategic partnerships to advance UMA's mission of leveraging manufacturing as an equitable wealth-building strategy for communities.

Moderator:
Emily Nonko is a social justice and solutions-oriented reporter based in Brooklyn, New York. She's covered urban policy, housing, criminal justice, climate and other topics for publications like Next City, the Atlantic, the Guardian and CityLab. 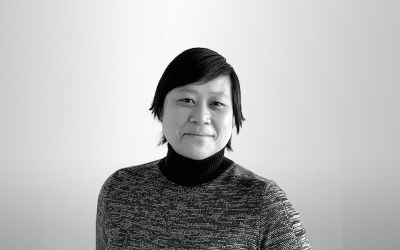 Panelists:
Livia Lam is Senior Vice President of Federal Relations. Livia joined S360 after acting as Senior Fellow and Director of Workforce Development Policy for the Center for American Progress. Prior to that, she served as U.S. Senator Patty Murray’s Legislative Director. Livia also served in the House as a Senior Labor Policy Advisor for the Committee on Education and Labor Chairman George Miller. Here, she was the key architect and champion of a proposal to reauthorize the nation’s federal job training programs. This proposal led to the successful passage of the Workforce Investment and Opportunity Act. She earned her Ph.D. in Public and Urban Policy from The New School in New York. 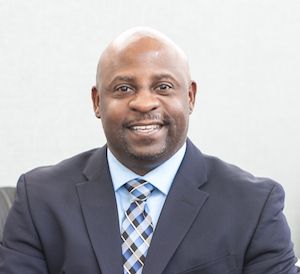 Stephen Tucker is the inaugural President & CEO of Northland Workforce Training Center (NWTC), the signature workforce strategy under Governor Andrew Cuomo’s Buffalo Billion initiative. In this role, Mr. Tucker is responsible for the management, oversight, and day to day operations of the new 90,000 square foot state of the art facility focused on training and preparing Western New Yorkers for careers in advanced manufacturing and clean energy.

His educational achievements include an MBA from Indiana Wesleyan University and a Bachelor’s of Science Degree in Criminal Justice from Wilberforce University. Mr. Tucker is a Murano Fellow as a graduate of Aspen Institutes’ Sector Skills Academy and a 2018 graduate of Leadership Buffalo. 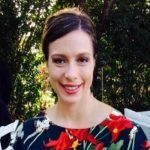 Miquela Craytor is the Executive Director of the Manufacturing and Industrial Innovation Council (MaiiC), an Industry Partnership of the NYC Small Business Services.  MaiiC unifies the New York City’s manufacturing and industrial sectors to help them address systemic talent, policy, and technology challenges. Most recently she helped launch a Diversity, Equity and Inclusion assessment and other online training initiatives for the MaiiC business community to address their talent changes. In June 2020 she spearheaded and launched the City’s first PPE + Reopening supplies directory serving over 3,000 small businesses and non-profits. She ensured that NYC based suppliers and manufacturers were listed to increase their exposure to local demand.  Working with MaiiC businesses she designed the first city sponsored apprenticeship program for Advanced Manufacturing occupations. Other efforts include engaging over 100 business leaders through the MaiiC advisory council to address their growth challenges through advocacy efforts. She was formerly the Director of Industrial Policy at the NYC Economic Development Corporation.  Her work there consisted of overseeing the city's revived industrial policy efforts. Projects included overseeing the development of the city-wide Industrial Action Plan and the Futureworks NYC initiatives, a $13 million suite of investments in advanced manufacturing services. Prior to her time in NYC government, she was the executive director at Sustainable South Bronx for over 3 years. Ms. Craytor also served as the Senior Planner for Economic Development in the economic arm of the Bronx Borough President's office. Ms. Craytor is a nationally-recognized advocate for using sustainable economic development to address reinvestment in under-served communities.  Ms. Craytor received her BA in planning, public policy, and management from the Honors College at the University of Oregon and her MS in city and regional planning from Pratt Institute in Brooklyn, NY. She is also a 2010 Catto Fellow of the Aspen Institute and a 2010 BMW Transatlantic Fellow. Since 2018, Ms. Craytor has served as an Advisory Board member of Scale for ClimateTech, a clean-tech hardware accelerator.

This webinar is produced with support from the Surdna Foundation and in partnership with the Urban Manufacturing Alliance. 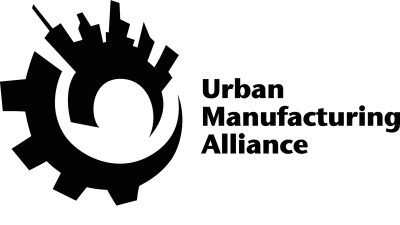