13 people have watched this webinar. Of those, 1 has contributed $20 so far.

Our editors have selected six Solutions of the Year that bolster an anti-racist movement and counter systemic racism.

Every solution you’ll hear about during this series of six presentations works to counter systemic racism. You’ll hear directly from a researcher advocating to reform the child welfare system that removes Black children from their homes at disproportionately high rates. Or the woman who launched the first guaranteed income program in the U.S. to serve single Black mothers. Others are dismantling the financial penalties that create barriers to economic opportunity in Las Vegas and Durham, North Carolina.

You’ll hear about a mediation program in Philadelphia that has resulted in diverting evictions and preventing tenants from being pushed into poverty. Then there’s Dark Matter University, a network of design practitioners using their positions inside established programs to bring an antiracist lens to design education. Together, these solutions challenge us to think critically about how policies and practices perpetuate institutional racism, and what it will take to knock down those harmful assumptions and forge a new paradigm. 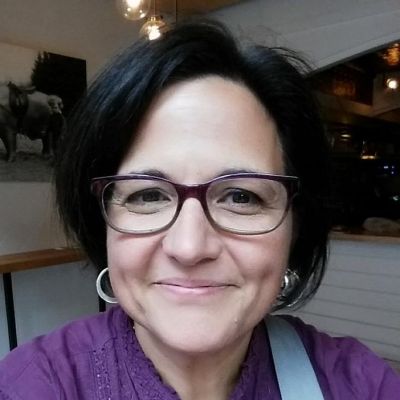 Moderator: Kelly Regan, Editorial Director Next City
Before joining Next City, Kelly Regan worked for two decades in magazines, books, and digital publishing. As an editorial manager at Google, she assembled and directed content teams for the Destinations at Google travel channel, as well as the Explore recommendation engine on Google Maps. As editorial director of the Frommer's Travel Guides, she managed a list of about 125 books per year. Regan is a longtime freelance editor and writer, specializing in science, travel, educational publishing, and dream interpretation. She holds a B.A. in Government from Georgetown University and an M.S. in Journalism from Columbia University. 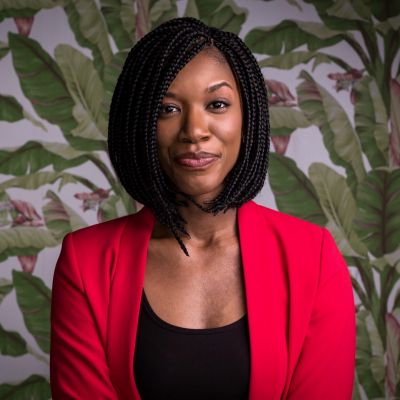 Speaker: Jessica Pryce, Director of The Florida Institute for Child Welfare
Dr. Jessica Pryce is an Assistant Professor at Florida State University. For over 10 years, she has been involved at multiple angles of child welfare. Pryce has published on topics such as education, racial disparity and anti-poverty practices and presented at more than 100 conferences across the globe. Her TED Talk on implicit racial bias in decision making has been viewed over 1.3 million times. Dr. Pryce worked on the frontlines of child welfare, having conducted primary research, been a policy advisor to Florida’s legislature and taught graduate-level courses. Previously, she held positions as a Child Protective Caseworker with the Department of Children and Families, and as Deputy Director of the University at Albany's New York State Education Consortium. In 2019, she received a five-year appointment to the Advisory Board of the National Child Welfare Workforce Institute, where she consults and advises on leadership and workforce interventions around the country. She now sits on the Florida Dependency Court Improvement Panel, alongside judges and advocates who are working toward a more trauma-informed approach within the judicial system. 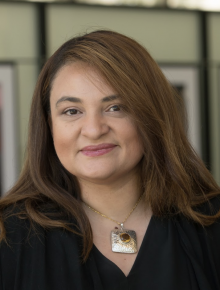 Speaker: María A. Villalobos H., Core Member of Dark Matter University
María Villalobos is an Assistant Professor at the Illinois Institute of Technology and Coordinator of the third year of the Master on Landscape Architecture and Urbanism. In 2017, she won the first prize in the Venezuelan Architecture Biennial for the Rehabilitation of the Botanical Garden of Maracaibo. It was the first time that a Landscape Architecture entry and women were granted this award. From 2005 to 2009, Villalobos worked for the recovery of Lower Manhattan after 9/11 at the New York Department of City Planning. In the following two years, she joined Arup NYC to develop world-class public projects in New York, Mexico City, and Rio de Janeiro. In 2000, Villalobos was part of a team from the Urban Design program of Universidad Metropolitana de Caracas that won the highest award in the Biennale for the Rehabilitation of Littoral Central, the Caribbean Coastline of Caracas, which was considered to be one of the first post-disaster green infrastructure recovery plans proposed for the Latin-American region. In 2015 Villalobos founded the organization Botanical City to call attention on the preservation of endangered tropical cultural landscapes, the preservation of the tropical dry forest, and the development performative research methods. 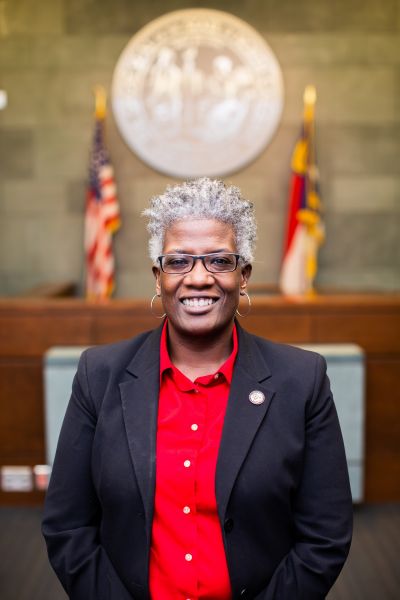 Speaker: Satana Deberry, Durham, North Carolina's District Attorney
Satana Deberry serves as the elected District Attorney for Durham County. She has prioritized the prosecution of serious offenses, implemented policies to reduce unnecessary pretrial incarceration and court involvement, and worked to improve trust and equity in the courts. Throughout her career, Deberry has worked to dismantle systems that restrict the lives of poor people, families, communities of color, and other marginalized and underrepresented groups. She brings to the office of District Attorney extensive experience, having served as a criminal defense attorney in her hometown of Hamlet, North Carolina, General Counsel for the North Carolina Department of Health and Human Services, and executive director of the nonprofit North Carolina Housing Coalition. Deberry is a recipient of the North Carolina Justice Center’s 2020 Defender of Justice Award for Litigation, the Duke Law Alumni Association’s 2020 Charles S. Murphy Award for Civic Service, and Attorney General Josh Stein’s Dogwood Award. She received her AB in Sociology from Princeton University, her Juris Doctor from Duke University School of Law and her master’s in Business Administration from Duke University’s Fuqua School of Business. 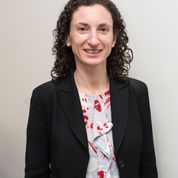 Speaker: Rachel Garland, Managing Attorney for the Housing Unit at Community Legal Services
Rachel Garland began her career at Community Legal Services in Philadelphia as an Equal Justice Works fellow in 2008. She is now serving as the Managing Attorney of the Housing Unit.  Garland represents subsidized housing tenants facing a wide variety of housing issues, including eviction. Garland has worked extensively on the intersection of housing and domestic and sexual violence and provides representation, community education and legal advocacy in this area. Garland earned her J.D. from the Temple University Beasley School of Law. She graduated from Oberlin College with BA in politics. 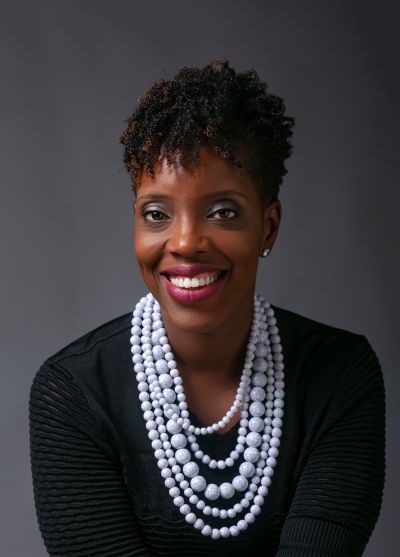 Speaker: Aisha Nyandoro, Executive Director of Springboard to Opportunity
Aisha Nyandoro is the Founding Chief Executive Officer of Springboard To Opportunities, using a “radically resident-driven” approach to end generational poverty. She launched the very first of its kind guaranteed income program for single Black mothers in the history of the United States – The Magnolia Mother’s Trust. Nyandoro has more than two decades of experience developing, implementing, and evaluating programs aimed at improving the quality of life for individuals with limited resources. She has worked in various capacities — as an academic, evaluator, philanthropist, and nonprofit executive. Prior to serving with Springboard, Aisha served as a Program Officer with the Foundation for the Mid-South. She holds a B.A. in Psychology from Tennessee State University, a M.A. in Community Psychology and Urban Affairs and a Ph.D. in Ecological Community Psychology from Michigan State University. Aisha has received multiple honors, including recognition as a fellow of the W.K. Kellogg Foundation Community Leadership Network and Ascend at the Aspen Institute. 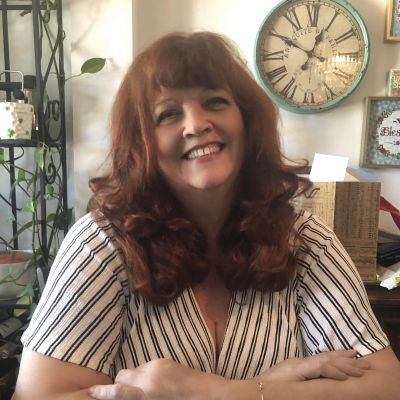 Speaker: Erin Breen, Traffic Safety Coalition Coordinator at UNLV
Erin Breen is completing her 25th year as a traffic safety advocate as part of the Transportation Research Center in the College of Engineering at the University of Nevada, Las Vegas, UNLV. Through the years, Breen has worked on all kinds of traffic safety topics, from child safety seats to older drivers and countermeasures from education to legislation. Breen’s passion is the plight of pedestrians trying to traverse mean streets, primarily in Las Vegas but also statewide. Breen’s current focus is on changing the built environment and its effect on marginalized neighborhoods.

Join Next City for our live, six-day Solutions of the Year virtual event series. This year we will introduce you directly to the practitioners and writers from our editors’ picks for the 21 best solutions of 2021. We will explore the year’s many challenges and inspirations, including clean energy democratization, gig-worker organizing, Clean Slate success, eviction mediation programs and more. Anyone working for greater equity in cities will be able to take inspiration from this event into 2022.

The presentations and panels for Next City’s Solutions of the Year address innovative ideas and bold propositions that are already making cities more equitable. In this time of great hardship and social isolation, we seek out programs and movements that showcase how communities organize for civic action, find innovative ways to deliver aid, and challenge lawmakers to finally make good on the promise of an equitable society. Next City’s mission to elevate positive change matters now more than ever. Join us to celebrate these innovators, their solutions, and the journalists who report on them.