A filmmaker writes about why human stories play a role in community recovery. 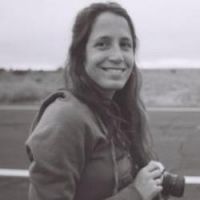 “It looks like a lot of that place could be bulldozed.” That was what then-Speaker of the House Dennis Hastert said about New Orleans after Hurricane Katrina. It was a shocking sentiment, but one that reflected the troubling lens through which many politicians and pundits were seeing, and subsequently remarking upon, the devastation of entire communities. Federal levees failed in New Orleans, yet for many in power the storm became an opportunity to publicly criticize the city’s culture and opine on what could be done better, on how the city could “recover.” What that meant depended on who you were. “Recovery” became a panacea for grief, and for the unimaginable institutional negligence we witnessed as one of our most beloved cities teetered on the brink of destruction.

Almost a decade later, we tell stories of recovery even as injustice continues and many communities are anything but returned to wholeness. Thousands of native New Orleanians remain displaced, while newcomers flock here in pursuit of a bohemian lifestyle and “affordable” rents. The vast majority of the city’s public housing has been demolished. Deep-rooted cultural traditions are imperiled by gentrification and pervasive violence. Former working-class neighborhoods like the Lower 9th Ward are visible embodiments of patchwork (re)development.

When Hurricane Sandy made landfall in October of 2012, the rhetoric of recovery went national. New York and New Jersey had suffered over $65 billion in damages and economic losses, and the storm and floodwaters displaced thousands of New York and New Jersey residents. The conversation of how to fix disaster-prone geographies again became the stuff of headlines.

It goes without saying that Sandy and Katrina were perceived differently in Washington — remember when Senate Majority Leader Harry Reid said that Hurricane Katrina was “nothing in comparison to what happened to the people in New York and New Jersey” after Hurricane Sandy. No one talked about bulldozing the Rockaways or Jersey Shore neighborhoods. To many on Capitol Hill and around the country, it’s one thing when the Big Easy – coastal, cash-strapped, corruption-ridden – is devastated and quite another when the world’s most powerful metropolis is briefly brought to its knees.

It follows that one of the major differences between the storms was the ostensible speed of government response on municipal, state and federal levels during and immediately after Sandy. On many other levels, however, Sandy functioned for New York and Jersey in the same way Katrina did for New Orleans. Like Katrina, Hurricane Sandy exposed staggering inequalities – those related to housing, mobility, and allocation of resources. Nearly two years later, many New York and New Jersey residents desperate to rebuild their homes and communities seem to be engulfed in the same bureaucratic quagmire that plagued post-Katrina rebuilding. Both disasters have also made clear that authentic, holistic and equitable recovery for all communities requires telling real representative stories that bring new voices into the national conversation.

Filmmaker William Sabourin (pictured) documented what he saw during and after Hurricane Katrina . His story is told in “Katrina/Sandy.” (photo credit: Luisa Dantas)

I first began gathering footage for what would become the Land of Opportunity documentary project six months after Katrina. The project has continued for more than eight years and now spans a variety of media. In its embryonic stages, Land of Opportunity was an effort to capture diverse (and often divergent) perspectives on the storm and its aftermath: undocumented immigrant workers, community activists, displaced youth, politicians, urban planners, and public housing residents were the stars of a feature-length film. Today, Land of Opportunity includes an interactive web platform that features collaborative stories of community (re)building in multiple cities. Soon after Sandy, I began collaborating with mediamakers Rachel Falcone and Michael Premo, creators of a similarly inspired participatory documentary project, Sandy Storyline.

Falcone and Premo worked with neighborhood organizations and grassroots leaders to tell the stories of people affected by the storm through community-generated audio, video, text, and images. It was a novel approach to covering a storm that because of its geography in the media center of the world had received plenty of press but very little of it directed by the people most affected.

As documentarians on the ground immediately after Katrina and Sandy, Rachel, Michael and I wondered what we could learn by stepping back and viewing these stories in conversation with one another and further grounded in the perspective of time and a national outlook. This led to the development of Katrina/Sandy, an interactive timeline that connects the dots between what have arguably been the two most devastating disasters in our nation’s recent history.

Katrina and Sandy have become case studies in disaster recovery, but they must be looked at together and analyzed comparatively if we truly want to understand how our nation is preparing for a future in which severe weather is ever more common. The stories of the survivors of these events offer valuable insight into how natural disasters spiral into man-made catastrophes.

Our belief is that recovery and rebuilding can and should be different. We must listen to the stories of the past if we don’t want to recreate them.

Brazilian-American filmmaker Luisa Dantas has worked on a wide array of documentary and narrative projects at the intersection of storytelling and social justice. Her most recent project, Land of Opportunity, chronicles the reconstruction of New Orleans through the eyes of those on the frontlines and asks the question: what kinds of cities do we want to (re)build in the 21st century?