Not every racist act fits a police report, but capturing the data on everyday racism is key to creating change. 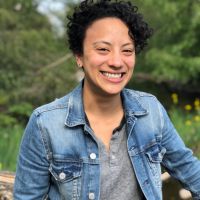