Op-ed: Jacobs attributed the vibrancy of the North End to her planning principles, but organized crime played a role. 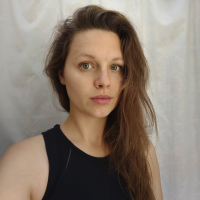 Boston’s North End, located on the waterfront, is one of America’s oldest neighborhoods. Over 100 historic buildings occupy space in the quarter-mile perimeter. North End also makes an appearance in Jane Jacobs’ seminal book “The Death and Life of Great American Cities.” While Jacobs attributes the vibrancy of North End to her planning principles, upon further examination, it becomes clear that organized crime, in fact, preserved the neighborhood.

Jacobs first encounters North End as “an old, low-rent area merging into the heavy industry of the waterfront, and officially considered Boston’s worst slum and civic shame.” Upon visiting the neighborhood twenty years later, however, Jacobs remarks how she is “amazed at the change.” Children played on the street, merchants sold their wares, and commuters, afraid to cash their checks elsewhere, contributed to the “sidewalk ballet.”

While North End’s dense and lively streets embody Jacobs’ ideal, Jacobs overlooks an important point in considering North End’s history. The “eyes on the street” that preserved North End were not just those of “passers-by … kibitzers from windows, or shopkeepers.” Rather, the most influential sidewalk spectators were Boston’s strongest criminal force — the Italian mob.

The Patriarca Family oversaw the North End and ensured it was protected by a highly-networked community of Mafioso. As in other neighborhoods, the Mafia protected the North End community from ordinary street crime in exchange for anonymity. What is more, the Patriarca family provided private protection for the community of North End by creating and investing in local legitimate businesses — clubs, restaurants, bakeries — that produced the intricate “sidewalk ballet” that Jacobs observed. Knowing the investment made by the mafia, ordinary criminals were detoured from the neighborhood.

When Francesco Angiulo, book-keeper for the North End faction of the Italian mob died in 2015, one elderly long-term neighborhood resident told the Boston Globe, “These guys really made sure the neighborhood was safe. No one would ever think of breaking into an apartment or robbing a store or doing anything when they were there. They had that kind of impact.” What shaped North End was not the number of “eyes on the street,” but the social control that a few criminal actors performed in their seeing. It was not merely the physical landscape that created safe streets in the North End but the innate power of a few but powerful invisible social actors that enacted their seeing upon the space.

How does the existence of the mob in the North End alter Jacobs’ agenda for city planning? Actually, it does not — it only magnifies the need for a landscape characterized by walkable and lively streets. Planners should still plan on making these investments. Urban design influences social structure and human interactions. It is through these shared spaces that communities come together, social capital is built, and cities are transformed. However, in view of Jacobs’ (paraphrased) maxim, if cities can only provide something for everyone when they are created for everyone, we must consider how invisible forces have supported the vibrancy of communities before merely chalking up community-building to contemporary planning principles. While I am certainly not advocating organized crime, especially the mob, I am convinced that placemaking should consider the invisible forces whose social control has contributed to placemaking in our communities, urban and suburban alike.

Having lived and taught in a handful of Philadelphia neighborhoods, I am reminded of many “weed men” whose territorial reach has deterred outsiders’ struggles for control. I am reminded of the “corner boys”, as my students call them, whose careful eye and friendly “how’s it going?” ensured that my nightly bus trips were safe. My neighborhood is now gentrifying and I am saddened to see many of these faces go along with their neighborhood protection and social control. Nights feel a little darker and lonelier as new neighbor-gentrifiers stay indoors, engrossed in whatever millennial cliché is in vogue — though, I am pretty sure a good handful are nefariously selling drugs on the Internet.

Entangled in the narrative of the mob and the North End community is the imperative that placemakers must consider what happens when community protections and control leave. What happens when they relocate due to development? Gentrification? Are city nights just lonelier or by removing bad actors, by effect or force, or are we systematically disposing the city of an intricacy of informal controls? What became of North End when the Patriarca family no longer exerted social control in the North End? The answer is grim: Shortly after Jacobs published her remarks, the North End became the site of a bloodbath as the Mafia dealt with internal factions. A once beautiful sidewalk ballet became the scene of gruesome murders. Unsurprisingly, there were no “eyes on the street,” for the Patriarca “administration,” now occupied, had been the orchestrator of much of the sidewalk ballet. Perhaps a “well-used city street is apt to be a safe street” only until its uses become fully transparent.

Lydia Kulina is a dedicated urban educator in North Philadelphia where she lives. She currently studies urban policy and education at Temple University where she has been focused on exploring the connection between neighborhood schools and community place-making.