A new report by the Association for Neighborhood and Housing Development finds that blanket rezonings in New York City have the potential to "cause more harm than good."

In 2018, the City of Minneapolis was lauded in the national press for its city-wide elimination of single-family zoning. “How Minneapolis Freed Itself From the Stranglehold of Single-Family Homes” Erik Trickey wrote in Politico; “Minneapolis Saw That NIMBYism Has Victims,” Richard D. Kahlenberg wrote in The Atlantic; “Minneapolis, Tackling Housing Crisis and Inequity, Votes to End Single-Family Zoning” Sarah Mervosh wrote in the New York Times; and so on.

But what happens when a city takes a blanket approach to development rather than a nuanced one that considers the differences of different neighborhoods? Are the outcomes inherently positive? A new report brings the approach into question.

Released late last month by New York City’s Association for Neighborhood and Housing Development, the report examined new residential construction completed within both rezoned and non-rezoned areas of the city since 2014. Chiefly, it analyzed how many deeply affordable units were built in those areas since 2014, as well as the ratio of affordable to market rate housing.

Ultimately, Chris Walters, the Association for Neighborhood and Housing Development land use policy coordinator who wrote the report, found stark differences between the rezoned areas and the non-rezoned areas. The report also found that rezonings have different effects in different communities.

“Specifically, neighborhood upzonings in BIPOC, low-income communities are where these rezonings are really going to cause more harm than good,” Walters says. “That’s been the sense of [the Association] for a while. This was, let’s look at the numbers and put more numbers behind the argument.”

Walters and team studied neighborhoods across the city where rezonings have occurred, and compared them to neighborhoods that hadn’t been rezoned. They also looked at projects where just a few parcels of land were rezoned at a time. They found that these targeted rezonings produced a higher ratio of affordable housing to market-rate housing than the city’s average of 19%, whereas any neighborhood-scale rezoning, whether the neighborhood was upzoned or downzoned, produced a lower-than-citywide-average ratio of affordable housing.

Essentially, Walters’ data backs up the fact that more affordable housing is already being built in low-income BIPOC communities and that those communities have the most to lose by new development that brings in market-rate housing. Walters used ratios of affordable to market rate housing to “get at the impact of too many housing units that don’t serve the current residents of a neighborhood,” he says.

“Obviously the lowest income New Yorkers are the most rent burdened, overcrowded, and least able to withstand any changes, be that loss of income with scores of evictions being filed in neighborhoods worst hit by COVID, which are all neighborhoods of color,” Walters adds. “Or be it market changes and gentrification that comes, in part, from an influx of units that are out of reach for current residents.”

Mayor Bill de Blasio’s housing policy has largely revolved around neighborhood rezonings, Curbed reported last year. In 2015, his administration outlined a goal of creating 300,000 affordable apartments by 2026, by rezoning neighborhoods, allowing for new development, and mandating that developers building in the rezoned neighborhoods produce a certain percentage of affordable units.

Walters’ report also found that NYC neighborhoods that were not rezoned also produced less affordable housing. But de Blasio’s rezonings — six of which have occurred — have so far occurred in predominantly low-income, minority neighborhoods, those least able to withstand the market changes Walters refers to.

In Minneapolis, Will Delaney, associate director of Hope Community, Inc., a neighborhood group based in the city’s Phillips community, says that the report’s findings ring true to his experience. “One of the things we saw here in Minneapolis was the big deal that was made over the city eliminating single family zoning,” he says.

“While I totally agree that single family zoning is by its nature part of our country’s history of racial segregation and exclusionary housing policy, it’s more nuanced and just eliminating it does not, in fact, actually repair the harms of it,” Delaney says. “If you just undo that but leave everything else the same, the research is laying out what we know to be true—the same winners and losers in the current market will win and lose based on this.”

“For communities of color like the folks who live in Phillips,” he continues, “just eliminating single family zoning doesn’t make them any more able to benefit or build wealth through housing. If anything, it makes it easier for gentrification to happen, which is something we’ve been seeing at a large scale all over our neighborhood.”

For Walters, the answer lies in treating rezoning and upzoning as what they are—one housing tool among many that should be used where appropriate. Ultimately, Walters’ work suggests that upzoning in wealthier, whiter neighborhoods that aren’t producing their share of affordable housing can help balance things out while the same should be avoided in communities that already abound with more affordable housing to work to avoid gentrification.

“We’re not anti-development,” he says, “but we’re primarily interested in housing that serves the true needs of the city and there are different ways to [meet those needs] in different types of neighborhoods.”

Cinnamon Janzer is a freelance journalist based in Minneapolis. Her work has appeared in National Geographic, U.S. News & World Report, Rewire.news, and more. She holds an MA in Social Design, with a specialization in intervention design, from the Maryland Institute College of Art and a BA in Cultural Anthropology and Fine Art from the University of Minnesota, Twin Cities.

It also ignores the role of filtering in increasing affordability, as some households move from lower-priced apartments into the new units, making them available for more families, and over the long run by adding to the stock of lower-priced units as they depreciate.

Taking these factors into account would significantly raise the value of upzoning for overall affordability. 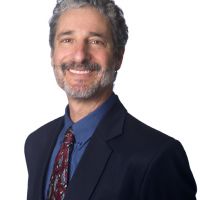