"I'm not displaced but I am somehow." 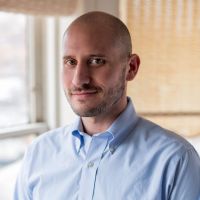 Gentrification is a phenomenon often recognized in hindsight.

One family on the block sells their house. Another neighbor can no longer afford rent and moves. An upscale restaurant replaces the shabby but familiar diner. A boutique clothing store — which many of the older residents would never shop at — occupies a redeveloped storefront. All of a sudden, dozens of daytime shoppers park on the block. One step at a time, the neighborhood became something completely different.

You don’t have to be displaced to feel effects of such change. Through an influx of unfamiliar neighbors and businesses, a cultural shift can take place that makes someone feel less welcome in their own neighborhood. New residents tip off the city to violations that used to be ignored. Immigrant communities fear leaving the house because of increased police presence. Criminals target neighborhoods with new developments for car and house break-ins.

“It feels strange. Like I’m not displaced but I am somehow,” one Detroit resident told the researchers behind “Turning the Corner,” a new report from Data Driven Detroit.

For the researchers, first-hand experience was an undeniable component of change that didn’t always match the data. “The qualitative component helped make our report more nuanced,” says Stephanie Quesnelle, a Data Driven Detroit research analyst and report co-author. “We had to wrap our minds around what people are dealing with compared to this data that I’m analyzing. It really brought home the point that there are some things data just can’t measure.”

Would it have been possible to predict these cumulative changes? And if so, what would residents have done to prepare themselves? That’s originally what Data Driven Detroit sought to determine with the report. Using data from nearly a dozen sources, the data analysis and collection firm hoped to develop a predictive model for transformational neighborhood change that could be used in Detroit and beyond.

While it wasn’t able to achieve that “holy grail” of city planning, a predictive model, Data Driven Detroit did unveil an explanatory model for identifying blocks vulnerable to these changes, alongside insightful thoughts from residents in two of those communities.

Launched in 2014, “Turning the Corner” is part of a multi-city effort that includes Buffalo, Phoenix, Milwaukee, and Minneapolis/St. Paul. It’s led by the Urban Institute’s National Neighborhood Indicators Partnership and funded by local and national philanthropic partners. Detroit is the first city in the partnership to release its report.

The goal of the study was to identify real-time patterns of transformational change, defined as a vast shift in community composition. If these changes can be spotted as they’re happening, it would be a powerful tool for those who want to combat or slow its effects.

“It’s great to know in 2014 that San Francisco became unlivable in 2009,” says Noah Urban, Data Driven Detroit senior analyst and project lead on Turning the Corner. “But it doesn’t do a lot to help people respond.”

At first, the prospects of creating a predictive model seemed promising — Detroit was in the unique position of having comprehensive data from two city-wide parcel surveys conducted in 2009 and 2014. While researchers thought analyzing differences in building quality might produce that desired result, nothing from those surveys clearly demonstrated the occurrence of gentrification.

So instead, Data Driven Detroit expanded the scope of its inquiry and gathered much more data — 17 variables, from residential vacancy and tax foreclosure to construction permits and fire alarm calls, divided into five categories: social advantage, housing stability, crime, business, protective activities. After excluding blocks that had either very few residential properties or a median income above $150,000 — because they were at the margins and unlikely to experience major change — it then mapped these categories onto the remaining 9,444 blocks in Detroit.

The result is a Neighborhood Change Index that rates each block on a one to five scale in likelihood to undergo transformational change. “We think of it as an explanatory model,” says Urban. “It’s an indicator of a neighborhood’s vulnerability to rapid change, if some catalytic event were to occur.”

For example, much of southwest Detroit, a neighborhood with close proximity to downtown, rates as “highest likelihood” on the index. Commercial building stock is of high quality and building owners regularly pull construction permits — indicators of confidence in the local market — and there are few residential vacancies, blight violations, and demolitions. If, as rumors suggest, Ford Motor Company ends up buying and redeveloping the nearby abandoned Michigan Central Station at a cost of many millions of dollars, eager developers would buy up the commercial property on West Vernor Highway and new residents would flock to the neighborhood. In a matter of months, parts of southwest Detroit would look vastly different.

Some neighborhoods that were flagged as vulnerable surprised researchers. The high median income of Grandmont Rosedale in northwest Detroit would suggest stability. But drilling down to individual blocks reveals an above average number of renters and speculators who would quickly raise rent or sell if the right investments came along.

Another equally important component to the study was the qualitative analysis. Through one-on one-interviews and focus groups with over 60 residents in the North End and southwest Detroit, two neighborhoods thought to be in the midst of transformational change, Data Driven Detroit learned a great deal about the experience of gentrification.

Data Driven Detroit has made the report public, along with an interactive index, so that it can be utilized by neighborhood groups, community development corporations, and other locally-minded organizations. Because the report is so fine-grained, these groups can target specific issues or blocks. “If a foundation wanted to approach the work from an inclusive perspective,” says Urban, “this gives them the framework to determine, on a block by block level, where they need to most focus their efforts.”

The other cities are expected to release their reports in the next six months or so, after which the Urban Institute will synthesize them all into a high-level overview of the findings. But from Data Driven Detroit’s perspective, this work is just the beginning.

“There’s a lot of appetite in trying to continue to figure this out,” Urban says. “Data collection streams will only continue to improve.”

Aaron Mondry is a freelance writer and the managing editor of Model D. He lives and works in Detroit.