Bernd and Hilla Becher have documented their industrial surrounds since the 1960s. With the creation of monographs and typologies made from their photos, their works have created an innovative view of the dying industrial structures and the mundane things we see everyday. Their work will be on display at the Getty Center in Los Angeles until September. 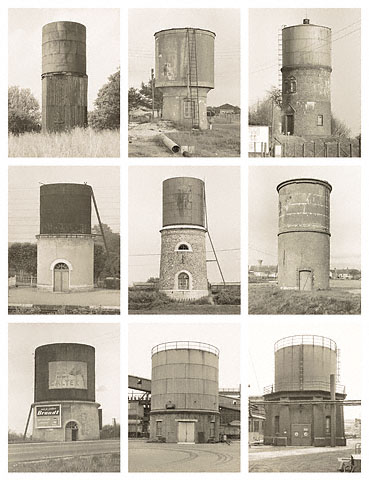