Freeways, which were erected when gasoline was inexpensive in the mid-20th century, now lack purpose and cause blight. The Congress for the New Urbanism has named North America’s 10 worst freeways in order to encourage their removal. Is the one you schlep to work on on the list? 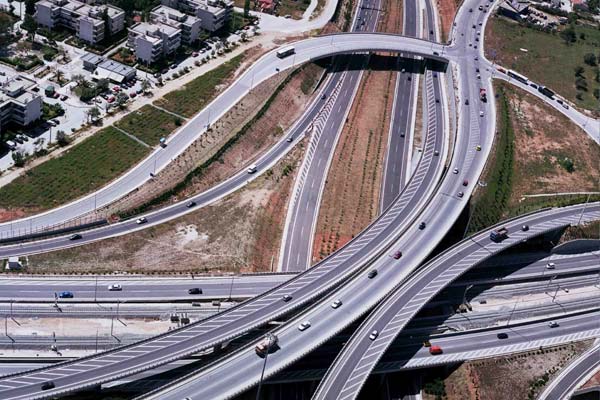 In the heyday of the ‘50s and ‘60s, low gasoline prices and readily available federal money influenced American urban designers to the point of delusion, causing them to make a regrettable decision.

They fell in love with the freeway.

Urban designers took the freeway, which was perfectly suitable as a connector between cities, and tossed it into the city itself. The concrete monolith popped up all across America, in Boston and New York City, San Francisco and New Orleans. It sliced through cities, severing their once-convenient grid systems. It blocked access to lucrative waterfronts and cleaved into neighborhoods. In areas flanking the freeway, crime increased.

“The broken windows theory definitely applies to freeways,” says Steven Filmanowicz, communications director of the Congress for the New Urbanism. “They cause blight, cast shadows and vibrate. There never seems to be a pleasant place to be underneath one, and in neighborhoods surrounding them, crime often goes up.”

Forty years later, the lifespan of most freeways has come to an end. This leaves urban planners and local governments with a choice: Do they demolish the existing infrastructure to make way for surface roads and boulevards? Or do they invest in freeways yet again, when it makes even less sense to do so – given their crummy past and the ever-rising cost of gasoline?

The CNU believes they should be torn down, and has released a list of ten North American freeways that would benefit from the demolition most. Strange as it may sound, 40 cities clamored to be on this list, which was dubbed “Freeways Without Futures.” Urban planners, elected officials and advocacy groups competed for their freeways to earn this unfavorable title so their concerns could gain recognition and legitimacy.

Fight for your infrastructure to be called “futureless,” and maybe it’ll find a purpose.

Hopefully that’ll be the case for Seattle’s Alaskan Way Viaduct, which earned the No. 1 spot on CNU’s list. The future of this elevated freeway has been shaky since the Nisqually Earthquake swept through town in 2001. The Washington State Department of Transportation proposed $4 billion worth of repairs and expansion, to which the citizens responded with a forceful “No, thanks.” In a local referendum, they voted against the freeway reconstruction and opted for surface streets instead. The City of Seattle’s Department of Transportation is now working on another proposal, which should be completed in December.

Another freeway of interest is the Claiborne Expressway in New Orleans, La, which received the list’s No. 5 position. The freeway replaced Claiborne Avenue in the Treme neighborhood, a wealthy black community that was one of the first havens in the country for free African-Americans. When the Claiborne Expressway was erected, oak trees along the avenue were uprooted and the economy weakened. After Hurricane Katrina hit, urban planners proposed the Unified New Orleans Plan, which will eventually remove the freeway – opening up 35-40 city blocks that were once blighted, and 20-25 more blocks of open space.

The remaining eight “Freeways Without Futures” are: Sheridan Expressway in Bronx, N.Y., The Skyway and Route 5 in Buffalo, N.Y., Route 34 in New Haven, Conn., Interstate 81 in Syracuse, N.Y., Interstate 64 in Louisville, Ky., Route 29 in Trenton, N.J., Gardiner Express in Toronto, ON., and the 11th Street Bridges and the Southeast Freeway in Washington, D.C.

Of course, CNU’s list is not exhaustive. Here in Philadelphia, I-95 is a concrete eyesore that stands between the city and its waterfront. I’m sure you can think of some failing freeways you’ve either visited or lived near. What other freeways do you believe should top the list?

As Chicago ‘L’ Extension Advances, Others Say It’s Not Enough

Why Participatory Planning Fails (and How to Fix It)