An interview with Al Letson, the traveling host of the public radio show “State of the Re:Union,” which seeks to reveal how complex, diverse and sophisticated the American people are.

Al Letson in Greensburg, Kentucky. State of the Re:Union

State of the Re:Union is a new radio show that sets out to “explore how a particular American city or town creates community, the ways people transcend challenging circumstances and the vital cultural narratives that give an area its uniqueness.” The show reci Public Radio Talent Quest, which started with more than 1,400 hopefuls. The contest aimed to identify a new generation of Public Radio on-air talent. After four rounds and voting from both a select panel of judges and the public at large, three winners were selected. For his pilot episode, Al and his team created “Welcome to D.C.” Two of the three winning shows were awarded with a year’s worth of funding to produce new episodes, including State of the Re:Union.An interview with Letson. Scroll down to hear audio from an episode set in Appalachia.

You have a pretty rich and varied background. How did you settle on this as your topic?

Al Letson: I think everything I’ve done has led to this – I started off doing performance poetry, and around the same time I became a flight attendant for American Airlines. I was performing all over the country because I could fly for free. What that did was really let me see America. It planted this idea about how diverse America is and how we don’t hear about that in our traditional news media. Especially around the time when we first had the idea there was a lot of red-state vs. blue-state stuff going on – and I thought, the country is more nuances than that. 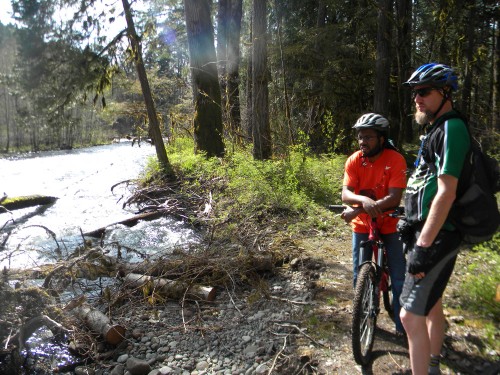 Where did the show’s name come from?

I believe America is an amazing place, but it’s easy for us to forget that. Before I started, if you had asked me if I was patriotic, I would have laughed at you. But now I know what patriotism means – I have fallen in love with this country by meeting everyday people. They’re the ones that bring it together. The title is about the reunion – of bringing back America to this idea that a house divided can’t stand.

What have you learned about America and American cities that’s surprised or enlightened you?

Here’s just one example, about L.A. Before I started the show, when I went to L.A. I always thought there are two kinds of people, New York people and L.A. people. I’ve always been in the New York category. So when we went to L.A., I wasn’t all that excited about it. But once I got there and got to know the people and the stories, this concept of the plastic L.A. fell to the wayside. There are real people there going through struggles and triumphs. We did a story on Mariachi plaza. That story seemed amazing to me because the city has embraced it. A lot of these people are from Mexico, with questionable status. Around the rest of the country there’s a weirdness about it, but L.A. embraces it.

On the whole – every city I’ve been to has taught me a different lesson. What blew me away about Milwaukee, for example, was innovation – the way they’re thinking about age-old problems. It’s in abundance all over the city.

What challenges have you faced – emotionally, or reporting-wise?

First of all, I’m not a journalist. My producers are, but I’m an everyday guy. For me, it’s always a challenge when we’re hearing really hard stories. I just get moved. I wear my heart on my sleeve. If you want to be an artist, that’s a prerequisite. In Kansas the principal of a school was telling us about the tornado [that devastated Greensburg], and she got really choked up. The next day she found out that none of her kids got hurt, in the middle of telling it, I had to move away from the interview. I’m touched in every place. In L.A. it was homelessness. In New Mexico it was a story about ancient irrigation systems. I would say that’s one of the challenges – with those, this one guy just spoke so eloquently to it- in order to make these shows, I have to do the business side of things as well. I have a buciness partner and we both handle the business aspect of it. That’s a lot of work. For me, it’s balancing that with being on the road, with making the shows, the job is a tremendous amount of work. The business side, funding, with this new congress and talks about cutting public media.

The way I got this show was through a talent quest for radio. But I love radio – I have always been a public radio nerd. What’s great about radio is that it still works with your own imagination. You’re just hearing the voices of these people, but you can let your mind imagine all the sights that go around those voices. In this age, radio is more relevant than it’s ever been – you can take the episodes and put it on any player you want and listen to it at your leisure. Radio has become more relevant now. 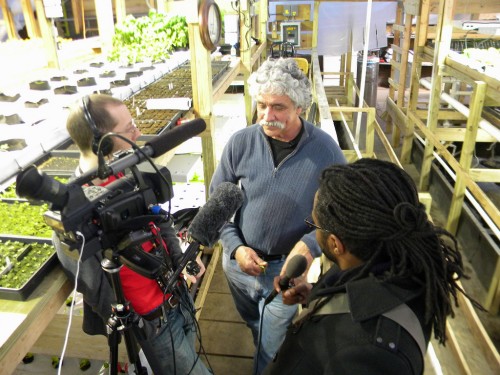 You are a radio host but also a poet and a playwright. How do these talents and endeavors overlap and inform one another?

The work on the show informs my work as a playwright and an artist because I’m meeting so many individuals and characters – the next time I write a play I will have so many more characters to draw from. As far as what the art brings to the show – I think what is important about our show is that I am not a journalist, and I have that everyday curiosity. In the L.A. episode, for example, I do a whole poem about the history of the Watts neighborhood. I think that we’re living in a day and age where you have to find ways to engage people and do something different to help them tune in. I can find unique ways to grab people and bring them in to what I’m talking about.

Has doing this show affected your political views? What would you say are the most pressing issues, nationally?

There are plenty of issues I personally see but I think the number one thing is sanity. Our political process right now is all about stirring up the base, getting knee-jerk reactions. It’s not sane. Someone once said, “people will always get the leaders they deserve.” And I remember many years ago, around the time of Bush vs. Gore, I thought that was true. But I don’t believe that anymore. I believe that the American people are good and smart and are not given credit for how smart they can be. Our politics tend to lead toward base desires. Our definitions are all framed by this season we’re in now. We deserve better.

Where are you headed next? Are there any places you really want to visit?

I could see doing this for a while. The next city we’re going to is Las Vegas. I don’t know what’s going to happen after that. I’d like to go to a Native American reservation. I’d like to do more in the south. We have one episode on my home city in Jacksonville. Now that we’ve fine-tuned it I want to go back to the South and tackle the topic of race. When I was growing up, it was just black and white. Now in the South it’s a question of black, white, Latino – what does that mean?

Rural Appalachia has long been portrayed in the media as a place of victims: people at the mercy of the region’s poverty or bigotry. In this episode, SOTRU turns that notion of Appalachia on its head, telling stories of residents fighting for the well-being of their land, people and culture. We travel to southern West Virginia, where former coal miners and their families are fighting mountain-top removal mining and a small town is reinventing itself. Then, we visit Eastern Kentucky, where a community radio show has inspired an outpouring of activism.