Los Angeles and Berlin celebrated their 40th anniversary as Sister Cities this year — sharing stories of mom and dad, high school hijinx, and the bet over who would be the first to get married. 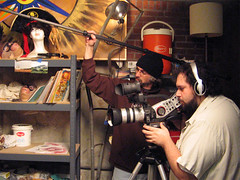 As Absenteeism Skyrockets, Schools Get Creative About Luring Back Lost Students