After approving two much-needed amendments, the Senate is ready to move forward with a transportation bill that even transit advocates can get behind. The House bill, meanwhile, still sucks.

House entrance on Capitol Hill. Get it together, House! Mike Renlund on Flickr

Over the past week, the Senate’s transportation bill has burst out of gridlock and now appears close to passage. Meanwhile, House leaders have struggled to jump-start their controversial and deeply flawed bill.

Earlier this month, Senate leaders added a much-needed reform to MAP-21—the Cardin-Cochran amendment, which ensures that local municipalities will continue to have access to pedestrian and bicycle safety funds. It also incorporated the Franken-Blunt amendment to allow states to use more funds to repair their bridges. With these changes, the Transportation for America coalition endorsed MAP-21, saying it “will continue to work to seek further improvements to the bill,” but that “the Senators who developed this bipartisan legislation deserve enormous credit for incorporating changes that will help to ensure that the federal program improves mobility and travel options for Americans rich and poor, urban and rural, while preserving our existing infrastructure.”

MAP-21 would also permanently restore the transit commuter tax benefit, which fell from $230 per month to $125 per month in January.

After some procedural wrangling, Senate leaders agreed on a set of about 30 amendments, which they began considering on the floor on Thursday. Many of these were non-transportation-related, such as a failed amendment to approve the Keystone XL oil pipeline, and a successful one to dedicate most payments from the BP oil disaster to Gulf Coast states. Transportation for America is tracking amendments here.

The Senate is expected to take up the remainder of these amendments tomorrow. Barring any unexpected roadblocks, MAP-21 could see a final vote tomorrow or Wednesday.

Towards a Bipartisan House Bill

Meanwhile, House leaders continue to struggle to find a transportation bill that can pass. They indicated a willingness to reverse one of the most damaging provisions of HR7—ending dedicated funding for public transportation. Even so, the House bill appears too flawed to win majority support, because it:

• Fails to hold states accountable for repairing and maintaining existing roads and bridges. It offloads responsibility for many federal aid bridges onto local taxpayers, while giving state transportation departments broad leeway to build new highways that taxpayers can’t afford to maintain.
• Eliminates the small but important programs that help improve pedestrian and bicycle safety, Transportation Enhancements and Safe Routes to School.
• Allows governors to override local planning decisions (governors could unilaterally amend MPO transportation improvement programs).
• Guts the environmental review process that identifies local impacts and ensures that local citizens have a voice in the public process.
• Requires more bureaucracy at transit agencies. Under the bill’s provisions, bus-only transit agencies could receive grants from the Bus and Bus Facilities program, but agencies with both bus and rail could not. This would mean that large agencies might split up in order to qualify. The bill also doesn’t provide transit operators with the flexibility to use some federal funds for operations, which the Senate bill does. Furthermore, the House bill contains measures that push transit operators to privatize.

Last week, Speaker Boehner said that if the House couldn’t come to agreement, it might introduce something like the Senate’s bill. In contrast to the House bill, the Senate’s MAP-21 protects transit, walking and biking funds. It focuses on repairing existing roads and bridges. It respects local control. It speeds up the review process so projects can move faster, but doesn’t strip out citizen and environmental protections. It would be a good model for House leaders to follow as they continue to revamp their bill this week. 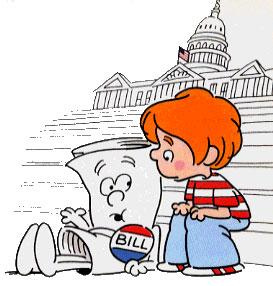 For more on recent transit-related legislation in Congress, check out the following stories:

“What Transit Advocates Could Learn from SOPA“