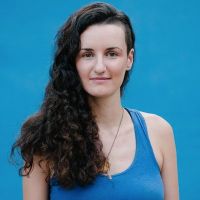 On a bright September morning in Philadelphia’s Kensington neighborhood, a thin man in his mid-30s crouches in the shadow of a parked car. Glassy-eyed and wobbling, he sinks to the ground only half conscious. Just a few blocks away, two young men stand by the side of the road in dirty hooded sweatshirts, their scraggly beards covering mouths of missing teeth.

A resident, about two blocks away, talks about the drug addicts who have flocked to his neighborhood in droves. “They come like zombies,” he says, asking that his full name not be used. “But I chase them away from my front door.”

For the past decade, West Kensington has been an epicenter in a nationwide opioid epidemic that in 2016 led to an estimated 59,000 deaths. Of Philadelphia’s 1.5 million inhabitants, 55,000 are believed to be abusing opioids, and there were over 900 overdose deaths in the city last year.

Until recently, the railroad tracks running under Gurney Street were home to a sprawling encampment of people who injected themselves with heroin in broad daylight. Drug users came from around the United States to what eventually became the largest open-air drug market on the East Coast, and some of them began living near the tracks. Piles of trash and hundreds of thousands of used needles littered the encampment.

In response to this enormous public health crisis, the city penned an agreement in June with Conrail, the railway company in charge of the tracks, to clean up the area. The effort, which included tearing down makeshift shacks and disposing of toxic waste, began at the end of July. Ultimately, Conrail is expected to pay hundreds of thousands of dollars for the cleanup. The city of Philadelphia is contributing around $90,000 for security, waste removal and fencing.

But the city isn’t just throwing money at the drug problem in Kensington. Aside from the physical cleanup of the encampment, Philadelphia has mobilized everyone from local nonprofits to churches and neighbors in its effort to make Kensington a safe and livable area again. Partnerships among residents and law enforcement are taking shape. New approaches to offering support services are being rolled out.

The effort is just beginning, but some neighbors say this collective approach is paying off.

“I think [the city is] committed, they are open to hearing suggestions, they are open to trying new approaches. There are field personnel and outreach workers,” says Jose Benitez, executive director of Prevention Point Philadelphia, a Kensington-based nonprofit offering services to addicts. “This is an epidemic that grows in leaps and bounds. … Sometimes it can feel like almost nothing is being done, but the reality is that we are making progress.”

The efforts to bring West Kensington together to find solutions began six months before the cleanup itself. Philadelphia Mayor Jim Kenney and officials from the Drug Enforcement Agency (DEA) hosted a community summit in January where Kensington residents were able to speak directly with members of the city’s task force to combat the opioid epidemic. The task force has come up with 18 recommendations for tackling Philadelphia’s opioid epidemic, many of which are being implemented in Kensington. City officials say that around 300 people attended the summit.

Since January, smaller neighborhood working groups have met monthly to find solutions to problems like how to clean and beautify abandoned homes where drug addicts might otherwise gather, and how to educate community members about ways to prevent overdose deaths and addiction.

“Despite the social ills impacting the neighborhood, there is a lot of resiliency there. There are people working with the city,” says Joanna Otero-Cruz, the deputy managing director of Philadelphia’s community services, who attended the January summit. “Without their buy in, we won’t have sustainability.”

Juan Benitez, 42, says he and his neighbors in West Kensington have started cleaning the streets themselves. He attended the community summit in January, and now his working group meets once a month to plan new ways to tidy up the streets. One of the neighbors on Gurney Street stores the brooms, buckets and other tools the neighbors use for the beautification effort, he says.

“A month ago we started cleaning, and the neighborhood is starting to look better,” Benitez says. “There are around 12 of us who clean the streets regularly.”

But Benitez also worries that the cleanup of the tracks has driven drug users from the encampment into the rest of the neighborhood.

“We want to make sure the drug addicts don’t reach the school on the corner,” he explains. “We’ve got kids walking to school around here.”

“My 5-year-old granddaughter came home one day and told me there was a doctor outside,” Mattox says. “I didn’t understand what she meant so I went to check, and there was a man injecting himself with a needle on my front steps. … I have to tell them to move, to not do drugs in front of my house.”

Effective Outreach Isn’t Once and Done

Philadelphia officials have started working with local nonprofits like Prevention Point to find beds and health services for addicts willing to tackle their disease. The process is slow, but residents are hopeful that the neighborhood will become safer as more addicts access the services.

“Just because someone is homeless and you offer something like housing doesn’t mean they are going to take it. Sometimes it takes 15, 20, 25 outreaches before someone seeks help. There are trust issues, and the depth of the addiction,” explains Patricia Codina, community development director at Impact Services, a nonprofit housed in a looming brick warehouse just blocks from the railroad track where the cleanup took place. “It takes time to develop a relationship.”

The city has set up a trailer near Impact Services that offers medical assessments to addicts and provides information about the social services available. Staff from the city’s Coordinated Response to Addiction by Facilitating Treatment (CRAFT) project works out of the trailer five days a week from 9 a.m. to 4 p.m.

“There is an assessment and intake there. Sometimes individuals refuse intake, and [the CRAFT staff] can help individuals with referrals to food pantries, clothing, other basic support systems,” Otero-Cruz says.

The city also designated additional shelter beds for homeless addicts from the Gurney Street tracks, and reserved inpatient mental health services for them, too.

“Since we started the cleanup on July 31, we have encountered 600 unique individuals, and about 20 percent have accepted some level of service, either detox, which is not long-term treatment, or a shelter bed,” Otero-Cruz says.

Prevention Point’s Benitez, who worked with the city to find additional housing for addicts, says demand for housing is high. He says that before the cleanup, 40 people were placed in apartments.

“Then the city came back and asked if we could open our emergency shelter,” he says. “When we opened our shelter we were full on day two, as soon as the word got out, and we’ve been full ever since.”

Prevention Point is training people in the neighborhood to administer Narcan, a medication used to reverse the effects of an opioid overdose. Benitez says the aim is to reduce the number of overdose deaths.

Moving Past Cleanup to Artwork

Codina of Impact Services says it isn’t enough to involve the community in offering housing and health services. People need to get involved in security too.

“The health aspect is one thing and the safety aspect is another,” she says. “There is a lot of evidence-based research that says drug-related crime is solved by involving the community and strengthening community relations with police.”

This approach has led to some unusual alliances in Kensington.

Patrick Trainor, a representative of the DEA, says the cleanup of the area has created lasting partnerships among drug enforcement officials and local organizations.

“If you told me five years ago that someone in DEA would be working with someone who does a needle exchange, I would have said you are crazy,” Trainor says. “[But] I consider the people at Prevention Point our co-workers.”

The cleanup even brought members of the DEA together with the city’s thriving Mural Arts Philadelphia program, Trainor says.

“Mural Arts opened a storefront at the intersection of Kensington and Somerset. They have a drop-in center where people can do drop-in art projects,” he says. “You might ask what art has to do with drug addiction, but we’re looking at every option.”

Luis Cruz, a 45-year-old Kensington resident who has been living in the neighborhood for 15 years, says he’s happy with the work the city has done so far.

“They did a magnificent job. People don’t have bushes and trees to hide in anymore,” Cruz says. “There are fewer and fewer [addicts] now, and I hope it gets better as time goes on.”

Just two months after the cleanup began, West Kensington still carries the markings of the opioid epidemic. Small shrines to neighbors who have died decorate street corners, and a small sign reading “drug free zone” hangs in the door of a local restaurant.

Near Hope Park, a tiny square of green space several blocks from the tracks, groups of men sit loitering. Occasionally one of them calls out the name of whatever drug he is selling, “BMW” or “Dope” for heroin, or “Frankenstein,” a code word for prescription drugs.

But most locals agree that their collaboration with the city is already making the neighborhood more livable, and that the long-term approach will pay off. During the day, neighbors lounge on their front porches chatting and mothers pick up their kids from school, adding an air of normality to the neighborhood. The railroad tracks glimmer in the sunshine, now free of refuse.

Angel Ribera, a 60-year-old who has lived in Kensington for 27 years, says he believes the city’s holistic approach is the correct one.

“The city officials came and spoke with people, and they know these people have a disease,” Ribera says. “I’m happy with what is happening and that things are getting better.”

Cristina Maza is a journalist covering people, places and events around the world.