Op-ed: Former employees of Laundromat Wash Supply, and others like them, need the protections that the PRO Act would provide. 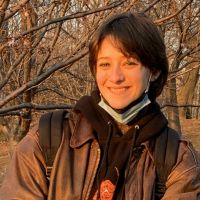