Join us in New York as we celebrate the launch of Issue 22!

Next American City is throwing a party in NYC in the Hines Gallery at the AIA Center for Architecture – and you are invited! Come celebrate the launch of Issue 22 with food, drinks and great conversation. Editor/Publisher Diana Lind will recap highlights from the new issue, including features on the financial crisis’s effects on American cities, municipal biodiesel programs around the country, an enormous swirling trash heap in the Pacific Ocean and transportation enthusiasts’ who are taking transit maps into their own hands. Plus interviews with Cary Moon, Richard Saul Wurman and Roope Mokka. 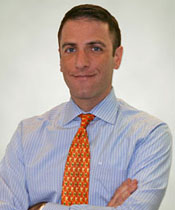 Since being appointed as president by Mayor Bloomberg, Seth has has overseen projects that will eventually lead to the creation of tens of thousands of jobs, thousands of units of new housing, and millions of square feet of commercial, cultural, and community space. Seth is leading some of the City’s most ambitious area-wide projects, including the City’s largest affordable-housing plan in decades at Hunter’s Point South, the revitalization of Coney Island alongside the Department of City Planning, and Willets Point, a 62-acre site in Queens that has long been plagued by environmental hazards and is now poised for multi-use development, to name a few.

Admission for non-subscribers is $15 in advance or $20 at the door and includes a free one-year subscription to Next American City, and entry to all NAC events & free food/drink.