On the last day of October a district court found that New York City would have to put a hold on its plan to replace its city’s taxi cabs with hybrid cars. Mayor Michael Bloomberg fired back by invoking the threat that the court’s ruling would prevent “all cities” from taking their environment and health into their own hands. I talked with some experts to see how real the threat was.

One happy subplot in the great narrative of America’s greening has been that of mayors. The nation’s mayors seem, more than any of our other political leaders, to have enjoyed a mutually beneficial relationship with the nation’s growing green consciousness. Whether by using green promises to get elected, centralizing “greening” in economic-growth-oriented city re-branding efforts, and enlisting environmental initiatives to helm more ambitious civic engagement efforts, mayors have taken their city’s environmental futures into their own hands, and, while they are working without precedent and without a net in the new green frontier, everything seems to be lining up in their favor.

A little over a week ago, however, a warning bell rang; the honeymoon mayors had been on with their green ambitions saw a bold sign of distress, and the story’s tone changed from something perfectly sunny to something decidedly more cloudy and complex.

In a court decision on the last day of October, a district judge granted an injunction against the City of New York in a case that pitted the city’s taxi cab drivers against a mayor who wanted them to replace their vehicles with hybrid models (which, given the three-year cycle of cab replacement, would see the entire fleet of New York taxis in hybrid form by 2012). The case (well reported by the New York Times here) was decided (the pdf of the ruling is here) with the conclusion:

“…the Plaintiffs have standing, they will be irreparably injured because they are unable to recover the cost associated with compliance, and the Plaintiffs have demonstrated a likelihood of success of showing the [federal Environment Pollution Control Act] preempts the [city’s hybrid taxi] ordinance.”

If that reads to you like a sting to a mayor who thought a campaign to green up his city was a perfect way to expand his power and brand with a goodwill appeal to the new and potent political force of environmental consciousness, you and Michael Bloomberg are on the same page. The official statement from the Mayor’s office regarding the decision reads, in part:


“The decision is not a ruling against hybrid cabs, rather a ruling that archaic Washington regulations are applicable and therefore New York City, and all other cities, are prevented from choosing to create cleaner air and a healthier place to live.” 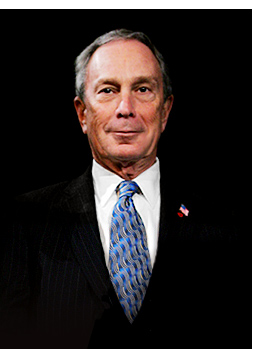 And if that looks to you like a mayor’s office making a conscious choice to deal with the ruling as something far less trivial than the case itself appears to be, you are in a slightly larger pool of agreement.

Perhaps Bloomberg’s wounded interpretation of the events here is due to the central role the hybrid taxi initiative played in his heavily publicized city greening program, PlaNYC 2030, launched on Earth Day of last year. Hybrid taxis were one of the initiative’s first and boldest components. And just as PlaNYC 2030 itself did a lot of it’s work in the realm of the symbolic political gesture, just as a New York buzzing with boxy hybrid taxis would be a nice symbol of where the city was heading, so too did this legal deflation of PlaNYC’s central effort arrive as a symbol of what the current state of city-powered greening really looks like. It looks, momentarily, kind of bad. 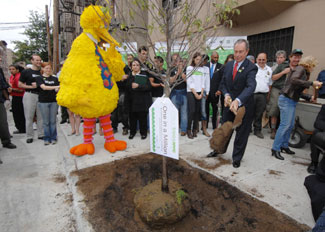 Not quite as bad, however, as the mayor’s response makes it out to be, raising questions of what is really at stake.

In terms of legal precedent the case can’t promise to hold much sway in future litigation. The plaintiff’s argument was made on the grounds that separate federal regulations on gas emissions and mileage trumped the regulations of the city’s ordinance, but this was only found to be true in the case of mileage restriction. The notion that congress intended to exclusively occupy the field of emission regulation was mentioned in the ruling (as an argument whose merits have a likelihood of success in future litigation), but the argument is neither part of the final decision, nor is it very strong. Further, the mileage argument that did result in the issuing of the taxi drivers injunction is still subject to appeal.

Speaking to a lawyer from the New York offices of the Environmental Defense Fund this uncertainty regarding the injunction’s greater meaning is echoed. “We don’t know if the city will appeal,” she said, “and we don’t know what the results of that appeal would be.”

Saying “of course we are disappointed in the ruling,” the lawyer also made sure to address the fact that the specifics of the case are unique to New York, and in many important ways could not apply to other cities. For instance, New York’s cabs are purchased by owners of the cab companies, not the drivers. This means that while the fleet owners would have to pick up the increased tab of the initial purchase of the hybrid vehicles, only the drivers would profit from the decreased fuel costs, which they pay for themselves. This disconnect in the financial repercussions of the hybrid taxi ordinance is a large part of the reason the New York injunction was sought in the first place. Further, unlike taxis in most other cities, New York’s stable runs non-stop, 24 hours a day. Because of this, taxis in that city fall within emissions and mileage regulations at very different points than those other cities. Boston, for example, looks to be successfully replacing existing cabs with hybrids without running into these same hurdles.

What, then, to make of this tension between Bloomberg and the federal government? Why his quick jump to the most extreme interpretation of the court’s findings, and the implication that the injunction is one against “all cities”?

Suzanne Biemiller, of Philadelphia’s Office of Sustainability – an original and particularly strong example of mayoral grapplings with the new political power of the green revolution – sees the tone of Bloomberg’s response as merely the result of friction on the learning curve cities face as they feel their way into the uncharted future of municipal environmental legislation.

“Now we have the understanding,” she said, “that there is this extra [federal] step. Local initiatives are only going to go so far, and this decision crystallizes that.”

But Biemiller doesn’t see this learning process as one-sided, and was quick to note that this “crystallization” carries with it the “hope that we can refocus our attention on measures we can take on the federal level.”

This optimistic and pragmatic approach casts Bloomberg’s statement as a healthy political performance aimed at applying pressure on federal standards, urging them to comply more effectively with municipal needs. It may not be as pretty as a ribbon cutting ceremony on an unchallenged fleet of hybrid taxis but, Biemiller says, “This is just the reality of federal versus local action.” In a statement that begins to offer another explanation for the grand nature of Bloomberg’s reaction, Biemiller went on to place his sentiment within the context of the unique way this power balance has played out in recent years. “I think that during this past [federal] administration,” she says, “local governments have had to take it upon themselves to go above and beyond the federal measures.”

Biemiller cites the strong environmental initiatives taken by New York, Chicago and San Francisco as examples. But in doing so she invokes three mayoral offices that have seen such initiatives coincide with dramatic and unusual expanses of political power. Think of Gavin Newsom and his action on gay marriage or Richard M. Daley and…well, seemingly everything Daley does. Perhaps it is in this company, and in the wake of this era of Super Mayors that Michael Bloomberg’s chagrin is best understood. “Greening,” the magic solvent that allowed laws, publicity stunts, moral appeals and optimistic visions of the future to blend together into an extraordinarily potent political power, became a gift publicly snatched from the New York mayor’s hands.

But it this very unruly power of the green movement that forms this story’s silver lining, for while the New York mayor himself may have suffered a blow here, and the quality of the city’s air a temporary setback, there is no reason to sound a death knell for municipal environmental efforts writ large. As Biemiller sees it, “Cities will definitely continue wanting to do these things, now with an awareness that there is an extra step involved.”

“The genie is already out of the bottle.”

And, as everybody knows, stories where genies get let out of bottles always end well. 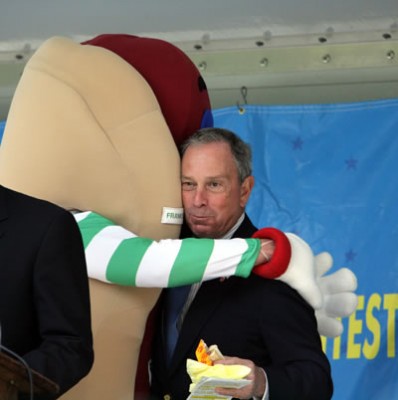