An interview with Kevin Donoghue, a member of the City Council in Portland, Maine.

Kevin and his daughter, Rosaleen.

Next American Vanguard is the only annual conference dedicated to enlightening, inspiring and networking the next generation of urban leaders. For two days in May 2009 and 2010, two such groups of leaders had the opportunity to network with each other, engage with experts in their field, hear from seasoned changemakers and jumpstart their ideas for improving cities. But the Vanguard’s work continues year-round in the government offices, nonprofits, corporations and communities they work in. Each Monday leading up to the 2011 conference, which will take place in May, we will feature an interview with a member of the Vanguard. To read more of these interviews, click here. To learn more about eligibility, click here (the application period will begin in early 2011). To read a recap of the 2010 event, click here. 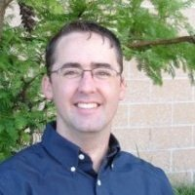 My schedule is erratic! Some mornings, I’m off to a meeting the Board of Directors for either the regional bus system or the island ferry system before settling into my desk at my regular day job. Most evenings, I’m off to a neighborhood association meeting or a meeting of the City Council or one the three subcommittees on which I also serve. Once I finally put my daughter to bed, it’s constituent emails.

I am committed to the success of Portland and found municipal elected office to be the best way to apply a planning education.

The adoption, and incremental implementation, of the Portland Peninsula Transit Plan. We just adopted an innovative new policy allowing developers in commercial zones to opt out of parking requirements by investing in a fund to finance transit infrastructure.

My good friend, Markos Miller, who has been driving the momentum behind a highway reclamation campaign.

I love riding the island ferries with a local brew in one hand and the other shielding my eyes from the sun as I gaze off into the distance.

Translating community vision into bureaucratic action. It takes a fluency in multiple civic languages and the patience to see it through!

I would like to have known that I helped lay the regulatory and financial groundwork for significant residential growth without any new parking garages and for a new culture of citizen planning that is as effective as it is inclusive. Portland has an awful lot to work with and I hope to still be at it well beyond ten years from now.

Serve in public office (or somebody else will!).

The City that is the product of the dedication of the next generation of Americans. Little will change if young people just wait their turn.

Tenants in L.A. Asked the City to Buy Their Building. Surprisingly, the City Agreed