Making “The Right To The City” Real For Urban Dwellers Worldwide

Op-ed: All urban residents have a right to the city. On Human Rights Day, let’s follow the lead of São Paulo and other cities partnering with civil society to protect that right. 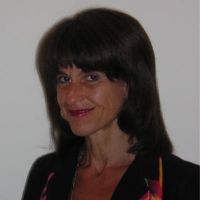 This International Human Rights Day, as our mostly urban world is increasingly challenged by rising poverty, migration, inequality and climate risk, let us think about what it would mean to truly enjoy the “right to the city.”

From the United Nations Universal Declaration of Human Rights at the end of World War II to the ensuing drumbeat of further international rights covenants, conventions and declarations, the language of protection and universality of rights would seem to be ubiquitous and generally agreed.

Yet discrimination persists. In cities, it most often manifests itself against low-income families, women, those in the LGBTQ+ community, those in Indigenous communities, the very young, the very old, those differently abled, non-nationals, the homeless, the formerly incarcerated and those representing other marginalized groups.

Such exclusion operates at the national level, with regard to who gets to be called a “citizen” and to exercise her rights to vote, assemble and speak her mind. It also happens locally, where the marginalized often lack access to safe shelter, food, water, sanitation, waste management, energy, IT, access to safe streets, transit, green space, educational and job opportunities, health care, child care, elder care, and, not least, a sense of culture and belonging.

To truly enjoy local citizenship, city governance must “leave no one behind,” as “the central, transformative promise” of the UN Sustainable Development Group’s 2030 Agenda puts it.

But of course, “citizenship” is experienced very differently based on one’s circumstances. In most cities, the ability to participate, a shared sense of agency and of belonging, and guaranteed freedom from discrimination are denied the majority of inhabitants. Activists and scholars working with The Global Platform for the Right to the City advocacy network (GPR2C), therefore, have called for an “inclusive citizenship” capable of mobilizing individuals and forging solidarity across communities and networks, local and non-local, and empowering them to help design and build the cities in which they live.

Examples of such success abound, as recent meetings and publications by groups including the Global Platform for the Right to the City (GPR2C), Cities Alliance, United Cities and Local Government, ICLEI – Local Governments for Sustainability, and UN-HABITAT continue to show. These successes reflect bottom-up initiatives, local government initiatives and partnerships between the two that tend to take place at the sub-city level.

Take São Paulo, for instance. In the sprawling, vibrant Brazilian megacity of 22.5 million, one non-profit collective is mapping and memorializing the city’s historic Black spaces where oppression and resistance have taken place, according to GPR2C. Another urban collective has partnered with the city’s own “Human Rights and Citizenship” office to build community gardens and provide workshops, dialogues, and harm reduction strategies for a community of drug users. And the city itself has dedicated resources to supporting, educating, training, counseling and offering legal support to members of the transgender community, among the city’s most vulnerable, as part of a two-year “Transcitizenship Program.”

Perhaps most monumentally, the local government of São Paulo has enacted laws and created policy to protect migrants’ cultural identity, their access to social rights and services, and their participation in civil society and local elections.

Even in the context of Brazil’s governmental challenges at the national level, local government has reached out and embraced so many communities, extending its services to residents, and enabling their participation as full “citizens” in shaping the uses of public space and adding to the life and vibrancy of the city. Could there be a more inspired or inspiring effort toward “inclusive citizenship” than this?

Of course there is a place for other actors, too, from local universities, to local utilities, to private enterprise, to such multilateral institutions as the World Bank.

Amid rapidfire urbanization, increased food, water and energy insecurity, and spiraling environmental risk, this impressive array of innovative and effective actions – some small-scale, others continent-wide – illustrates how it will take all of us, each contributing everything we can – technical or financial, as an advocate or activist – to help all citizens, inclusively defined, realize the promise of “the right to the city.”

Dr. Susan M. Blaustein is the founder and executive director of WomenStrong International, a global non-profit working with 18 local women-led organizations  across the globe working in low-income urban settings to advance the rights, health, and wellbeing of women, girls, and communities. She teaches sustainability studies at The Earth Institute at Columbia University.