What does it look like when you connect more than 3,000 American cities with one line? Nothing like the political maps you see on nytimes.com — but probably something like Identically Named Places Connected (USA) . 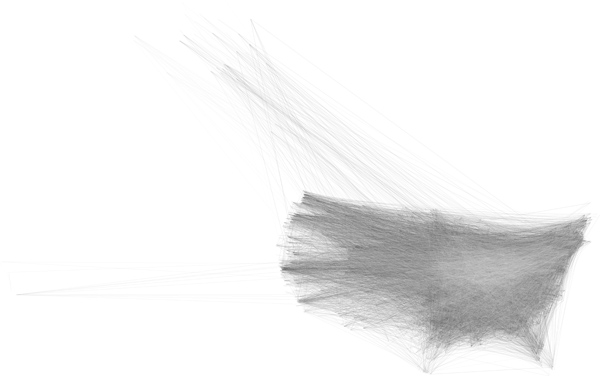