City / Culture talks with Bettina Korek, founder of ForYourArt, about art in the public sphere, governance and art and FYA’s dream headquarters.

Themed cupcakes and a program for the most recent For Your Art-created “Public Art Party.” FYA

Today, we continue with part two of the City / Culture interview with Bettina Korek. (Read part one here.)

Korek* is the founder of ForYourArt, which according to the FYA website is an interdisciplinary producer, meta curator, multi-media publisher, patronage cultivator, and more. The interview has been edited for length and clarity.

[*Disclosures: Jeremy Rosenberg is an unpaid contributor to FYA, and has a possible funded collaboration pending.]

City / Culture: You’ve said that “the word art has been flattened.” That term also gets used in contexts such as globalization and public diplomacy. What’s the common denominator?

Bettina Korek: In part, it’s all of us adapting to the new tools that we have to share information. One conversation that’s happening in our cultural institutions – and I think it’s a really important one – is that there has to be a spectrum of information. Hans Ulrich Obrist, who we work with, is a great example of this. He’s someone I’m so passionate about because I feel his work touches, and can activate and connect, all these different disciplines. But it’s very serious and it’s very rigorous. How do you pull out different layers and different ways for people to plug in? You have the NEA twittering. Twitter is meant for one level of information. There has to be an acknowledgment that people have different levels of interest and you can’t expect to be able to collapse the deepest layer in Twitter.

City / Culture: What projects or artists do you see elsewhere in the world that fit the City / Culture area of interest in projects that might also be considered municipal work?

BK: Pedro Reyes is one. He’s done projects in Mexico City such as running commercials and having people bring their guns and melting them, making shovels, and planting trees. That was meant to be an exercise in learning about your city and it’s meant to be an exhibition that anyone can put up and activate themselves. This idea of giving people tool kits to do things themselves is something I’m very interested in. We’re also seeing art, architecture, and design as catalysts for neighborhoods coming together, whether that’s starting with artists being more conscious of working outside their practice, or whether it’s coming from an acknowledgment that art is an economic generator. 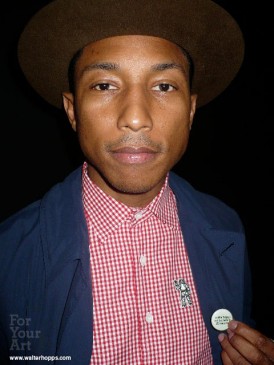 BK: Public Art Party is a really simple construct that’s meant to celebrate the cultural assets of neighborhood. The idea came out of my experience serving on the Cultural Master Plan Committee for Beverly Hills. All these different people from different constituencies were sitting around saying, “We want to work together.” Artists are looking to work with people more, and advocates have shifted their message to talking about the social and economic benefits of art. It’s interesting to see how those two things come together. We have to be careful not to focus too much on the economic benefits. Because if you can measure everything with money, then there’s nothing magical.

City / Culture: Switching topics… If you could be appointed to a government position, local or otherwise, what would that position be?

BK: That’s a real tough question. As I’ve had more experience working with government, I realize how many great heroes we have in government. I’ve also seen how difficult it is, because of the inherent nature of the bureaucracy, to get anything done. I think something that does come with government that’s really powerful is the ability to bring people together. And maybe that’s a way for people in government to think of themselves. They can encourage collaboration and activities probably with more effect than they can produce them. So to be the head of Cultural Affairs, or something like that, and take a tactic of being a convener and a galvanizer, versus a producer and a funder. That’s something I would say. Taking some kind of position where you could kind of bring people together and encourage them to play.

City / Culture: You’ve shown me conceptual plans for a FYA headquarters here in Los Angeles. Can you elaborate?

BK: The question was, how could you create a physical space that could be an entry point for people to access new cultural activities? So the building would function on different levels. It would sit over a transportation hub. You would walk in and it would employ writers and artists and curators as cultural tour guides. It would be a place for collaboration, and always in flux. There would be a mix of local, national, and international organizations coming for residencies. And there’s also this idea of having an “Artcade,” where artists could create games to fundraise for their own projects.

You’d also have restaurants or food trucks from all over the city coming, so on one hand you could get a taste of the entire city in one place, while at the same time, the building is meant to function as a directional vehicle to push people out into the city. It’s fun to think about what a building like that could be, and how a network of buildings like that could function together. And L.A. has so many unique issues because of our transportation systems and the nature of the geography of the city. I think that building, that idea, encapsulates everything that I’m interested in and everything that I’m about, in a really kind of physical way.

City / Culture: Will it get built?

BK: Who knows? Never say never. It would be incredible to find someone who wanted to do this. Everything we do and think about is meant to have a net positive effect. And if the reality happens, it’s meant to be impactful, productive, and efficient. I don’t want to replicate what other people are already doing. I want to find ways to create structures that support and galvanize what people are already doing. So – we’ll see!