Does the name R.T. Rybak ring a bell? If you’re not from Minneapolis, perhaps not. The rumor is he deserves to be Obama’s new secretary of transportation. Maybe we’ll add Rybak to our perfect-for-a-moneyless-holiday wish list: people we hope Obama will appoint.

Just yesterday I was talking with my assistant, Nick Lalla, about “super mayors.” Bloomberg, Daley, Newsom, etc. These men have transcended the cities they govern to become national figures on a number of policy issues. Then Wired suggests that the best person for a secretary of transportation should be another mayor, but one I’d never heard of: 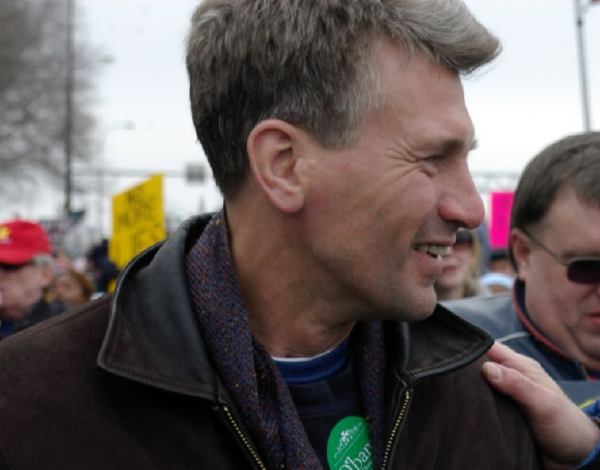 R.T. Rybak of Minneapolis. Does that make me a provincial northeasterner?

Here’s what Wired’s Dave Demerjian had to say:

That said, the best guy for the job may well be R.T. Rybak, the forward-thinking mayor of Minneapolis. He’s made sensible and sustainable transportation policy a hallmark of his tenure. His Access Minneapolis transportation plan calls for bringing streetcars back to the city, building a robust pedestrian network, increasing transit access and capacity and making city streets more bike-friendly. When the Minneapolis bridge collapsed, he insisted that its replacement have the capacity to support light rail. His progressive transportation policies have nearly doubled the number of cyclists and, more impressive, made downtown Minneapolis one of the few urban areas to return to the population levels it saw before the flight to the suburbs that followed World War II.

I’m liking the sound of that. So I went and did a little research, first coming across this decidedly 1998 Web site. A stroll over to Wikipedia gave me some more information. Rybak’s serving his second term in Minneapolis, was on the longlist for the 2008 World Mayor Award (!), etc. But the main juicy piece of information that we should take note of is Rybak was apparently the first mayor to endorse Obama.

Curious to know if anyone else out there thinks Rybak’s the man for transportation — or not?