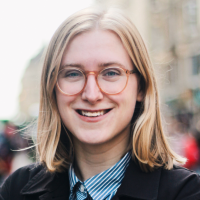 A forest management and restoration project in wildfire-prone southern Oregon has won national support for its collaborative approach, its “eco-cultural” methods based on Indigenous practices and its significant promise: The West Bear All Lands Forest Restoration Project, or “West Bear” for short, is anticipated to reduce the risk of severe wildfire for communities in the area by up to 50%.

Project partners say its success can be traced back through decades of community investment and relationship building. “It’s like coming onto a really well-oiled sports team that’s been practicing together for a long time,” says Belinda Brown, Tribal Partnerships Director at the Lomakatsi Restoration Project and chairwoman of the Inter-Tribal Ecosystem Restoration Partnership. As West Bear’s lead sponsor and delivery partner, the Lomakatsi Restoration Project, a nonprofit with tribal members in leadership positions, brings decades of experience in ecosystem restoration in Oregon and northern California.

“The team has the social capital, trust and relationships that have been built through collaborations with the community — that gives you the ability to put these types of proposals together,” Brown says.

The Lomakatsi Restoration Project began working in the West Bear project area with a $500,000 grant from the Federal Emergency Management Agency (FEMA) following 2020’s Almeda Drive Fire, which destroyed more than 2,600 homes and displaced thousands of families from the cities of Talent and Phoenix.

Alongside Lomakatsi, federal and state agencies, Tribal Nations, local fire districts, other non-governmental organizations and municipalities are all contributing to restoration work on West Bear. The project recognizes the need for collaboration and the power of convening a wide range of stakeholders and experts to protect cities and landscapes from climate change-related disasters, like the wildfires that crisscross forested areas in the western United States each year.

State Rep. Pam Marsh, who represents Oregon’s 5th District, encompassing the cities of Talent, Phoenix and Ashland, says she began to address wildfire and smoke in her district soon after her 2017 election.

The following year, she says, “Our district had six weeks of choking smoke, very high-level smoke — smoke that meant that kids couldn’t go out to play and outdoor performances were canceled … People started looking at me saying, ‘What are we going to do about this?’”

Marsh helped organize a smoke and fire summit that September, and more than 400 people came to learn about forestry management, the economic and health impacts of smoke, and the effects of climate change. Marsh says the summit helped develop a community-wide understanding “that the smoke and fire situation is complex and impacts all different aspects of our lives.” The Almeda Drive Fire was just the most devastating example.

Now, Marsh says she’s pleased to see the results of the 2018 Smoke and Wildfire Summit and her work on the wildfire council come back to make a difference in her district in a meaningful way.

“I think West Bear is really setting the bar for other projects,” she says. “West Bear combines all of the elements that we want to see in good forest projects, including a variety of funding, the use of the [Oregon] Conservation Corps to build a workforce, Indigenous approaches and very solid engagement of private forest owners.”

Besides funding from FEMA and SB762, West Bear has also received $2.6 million from the National Resources Conservation Service and support from other state and federal grants and private donors.

Much of the restoration work is taking place on private nonindustrial lands, making private landowners a key piece of the puzzle. Marko Bey, executive director at Lomakatsi, says most of the parcels in the West Bear project area are between 10 and 200 acres in size. “We’re working with hundreds of private landowners to get this work done,” he says.

Outreach to landowners includes direct mail, a media strategy and community events. Recently, the U.S. Fish and Wildlife Service honored Lomakatsi with a national award for its leadership in private lands restoration, recognizing the organization’s success in collaborating with private landowners on projects like West Bear.

West Bear’s interventions are targeted near homes, roadways, strategic ridgelines and other community assets where wildland interfaces with the cities of Phoenix, Talent, Medford and Jacksonville, adjacent to where the Almeda Drive Fire burned.

“West Bear rates very high when you combine all the objectives,” explains Fairbanks. “It’s somewhere that would most benefit from treatment.” Beyond lending its framework and expertise, SOFRC continues to support the West Bear project’s communication and coordination activities.

“There are two types of fire in restoration works,” Bey explains. One is prescribed burning, wherein the objective is ecological: reduce fuel and fire severity. Then there’s cultural burning, which is focused on cultural plant resources and goals. “The two of them together, what we would call eco-cultural fire, can accomplish both,” he says.

The crews working on West Bear also reflect the diversity of southern Oregon’s communities. “We wouldn’t be able to do [this work] without the Inter-Tribal Workforce and the Northwest Forest Workers Program, the people that are putting their hands on the land every day,” explains Brown.

Ultimately, project partners on West Bear recognize that communities are complex ecosystems – not unlike the woodlands where they work.

It will require participation, expertise and relationship-building across many groups to create climate-resilient cities and a better future for both people and nature. West Bear provides a blueprint for this vital work.

This story has been corrected to reflect that the Lomakatsi Restoration Project is not Indigenous-led, but has tribal members in leadership roles. 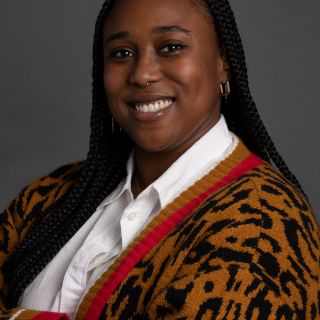 The Land Back Movement has gained momentum since the No Dakota Access Pipeline protests on the Standing Rock Sioux Reservation between 2016 and 2017. These stories show how Indigenous communities are "rematriating" land across the U.S.

From A Vacant, City-Owned Lot To Chicago’s First Indigenous Garden

Economics in Brief: George Floyd’s Family Is Paying It Forward