At a time when cities are thinking about how to show up with and for immigrant communities, answers can be found at the Queens Museum. 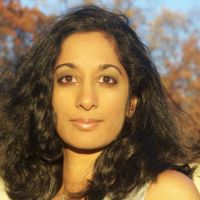 Rarely do art museums have bilingual community organizers on their payroll. The Queens Museum employs two.

For cultural institutions wondering how best to support immigrant communities in a hostile political climate, the outer-borough landmark provides some clues.

From working with local groups and the city on a culturally relevant redesign of a public plaza to supporting a storefront for bilingual arts education and organizing, the 44-year-old museum located in a part of Queens where more than 60 percent of residents are first-generation immigrants, most of them Latin American, has experimented with community engagement in ways that go well beyond a typical institutional formula.

Most recently, the museum, which sits inside Flushing Meadows Corona Park, commemorated Martin Luther King Jr. Day with a series of readings focused around peace, hosted presentations about environmental justice, and held many internal conversations about how to do these things in such a way that new coalitions could be fostered and more impacts would ripple out.

On Inauguration Day, it joined other museums in a daylong art strike, closing to instead provide a space for making signs, posters, banners and buttons for upcoming marches. The work may be happening in galleries, but none of it feels abstract, says Prerana Reddy, director of public programs & community engagement.

Queens Museum opened its doors on Jan. 20 for activists to make posters for marches.

“We work with immigrants, documented and undocumented. Many families in our neighborhood are mixed-status, and could be separated. Those who were finally able to work and travel through the DACA and DAPA programs are now in limbo. The fear is palpable,” she says.

Reddy’s boss, Queens Museum Executive Director and President Laura Raicovich, has said that her team began working to respond immediately after the election. But what enabled them to act so quickly was an institutional infrastructure built over the past 11 years.

“You can’t come in, ‘say this is a crisis’ and expect communities that have been doing work on the ground to immediately trust you,” Reddy says. “These relationships have to be built over time. You have to commit to be part of the movement and offer the resources you have, beyond just art or artists, to immigrant-led organizations.”

A special publication released in 2016 by the museum, “Corona Plaza Es Para Todos: Making a Dignified Public Space for Immigrants,” describes and reflects on the museum’s decadelong involvement in redesigning and developing culturally relevant programming in Corona Plaza. Another project is the Immigrant Movement International project, the storefront that provides arts education and political organizing workshops. The project was started by the artist Tania Bruguera, a Cuban artist and the first artist-in-residence embedded with New York City’s Department of Immigrant Services. It is now led by a community council comprised of longtime users of the space and Museum staff. There is also a New New Yorkers program that offers free multilingual classes to adult immigrants. Classes range from painting to video editing to English for speakers of other languages, a potent offering in a community where more than half of all residents speak Spanish at home, according to census data.

A democratizing instinct is inscribed in the museum’s DNA. Renovated and expanded in 2013, the building features high ceilings and large, transparent sheets of glass on both sides of the building, so anyone in the surrounding public park can see through its walls. The site itself is multilayered civics experiment. In 1964, it hosted the World’s Fair, artifacts of which can be found throughout the museum. Before the World’s Fair between 1946 and 1950, the site housed the United Nations. The site’s next act includes gaining a city library, set to be nested within the museum by 2019.

“What is international is really embedded in this place,” says Raicovich. “Making this connection between hyperlocal and the international or global allows us to create a space — or multiple spaces — that invite participation in a true and real sense.”

A Day of the Dead celebration at Corona Plaza (Credit: Queens Museum)

Raicovich comes to the museum from her previous role as director of global initiatives for Creative Time, an arts nonprofit known for socially engaged, public work.

Raicovich succeeded Tom Finkelpearl, who left Queens Museum to serve as New York City’s commissioner of cultural affairs, where he is overseeing a sweeping effort to take the lessons of Queens to cultural institutions citywide. Finkelpearl was responsible for hiring the museum’s first staff community organizer in 2006 — an eyebrow-raising move that Finkelpearl thought necessary if the museum were to succeed at serving its namesake borough.

“His innovation was to start [the museum] anew as a space for experimentation and catalyzing institutional change internally,” Reddy says. Being located in a neighborhood without a great deal of tourism or a community with a habit of going to museums offered both challenges and opportunities. “The question of who the museum is for and what should it be doing is more open,” says Reddy. “The freedom of being, not a smaller institution per se, but not the Met or MOMA, gives us the ability to respond to things in the moment and be nimble and take risks.”

Some of these risks have been to openly embrace projects and artists that are openly political. Raicovich has been clear in her belief that art and social justice are not mutually exclusive missions. “We are comfortable saying we instrumentalize art to achieve our mission but I don’t think that means we can’t pursue aesthetic value,” she says.

Which isn’t to say the two are easy bedfellows. Reddy concedes that it’s difficult to draw a direct line between artistic practice and political outcomes. Working with a community of immigrants who speak upward of 165 different languages, many of whom also speak limited English or are without documentation, takes a lot of practical and political education.

“Our approach is more methodical than a single artist project and we’re accountable in different ways,” she says.

With Bruguera’s project in particular, “there has been some general frustration because there aren’t a lot of policy wins on the horizon on this issue, so what does it mean to do immigrant justice?” As a result, she says, the project and other related programs have begun to delve into language justice, public space, safety and, more recently, education equity.

In her book, “The Art of Relevance,” author and curator Nina Simon delves into how museums can become relevant to diverse communities, exploring how cultural practitioners can “make connections that unlock meaning,” as she writes in her book’s introduction. The most effective strategies, she says, come from institutions that treat their communities “not as consumers that we want to sell to, or as sheep to bring into our doors, but as people who have rich stories to tell and cultural practices.” While the specifics of how a cultural institution effectively engages with its community are distinct, she says there are certain practices that are emerging as effective. “Certain practices and processes — how do you identify yourself as a partner to your community, how do you network in ways that are not colonizing, how do you build respect through an honest sharing of goals — are broadly applicable.”

She points to the Queens Museum as a leader within a growing network of institutions working to become more relevant and hopes others will learn from its example. “A lot of people are excited about this work, but not a lot of people are doing it,” Simon says.

Reddy’s advice to other institutions interested in following the Queens Museum’s model starts with the simple phrase: Lead from behind.

“Leadership will emerge from the communities most affected, but we as cultural institutions can play a supporting role,” says Reddy. “We need to be humble about what we can do, but we do not need to be objective or neutral. Culture is not neutral, nor has it ever been.”

Kavitha Rajagopalan is a World Policy Institute Senior Fellow and author of Muslims of Metropolis: The Stories of Three Immigrant Families in the West, which follows a Palestinian family in London, a Kurdish family in Berlin and a Bangladeshi family in New York. She writes widely on global migration and has taught related courses at NYU’s Center for Global Affairs.