Op-Ed: Measure the disparities in employment numbers. Speak to the injustice. Then commit to eliminating both. 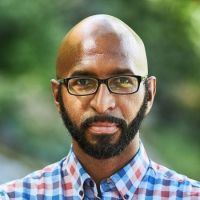 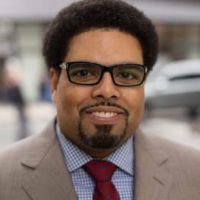 EDITOR’S NOTE: “Hear Us” is a new, ongoing column series that will feature experts of color and their insights on issues related to the economy and racial justice. This is the inaugural op-ed.

“What gets measured, gets done,” is an old adage that’s prominent throughout the research field. Ironically, the saying also implies the opposite: What doesn’t get measured, gets ignored — or even worse, delegitimized or devalued.

This phenomenon is especially true when it comes to public policy and accountability for that policy, which, in turn, can bolster — or hinder — the pursuit of economic justice and racial equality. The Federal Reserve, for example, has a dual mandate of stabilizing the U.S. dollar and curtailing the national unemployment rate (i.e., the percent of the working-age people who do not have a job but have been actively seeking work in the past four weeks, which serves as a primary indicator of the state of the national economy). In the aggregate, the metric conveys a great deal about productivity, labor demand, and the availability of slack labor resources in an economy. However, the federal unemployment rate masks how the economy is performing for specific groups, particularly Black people. Indeed, at least since the early 1970s when the Bureau for Labor Statistics (BLS) began to periodically report the Black unemployment rate, it has never been the case that the rate dipped below 6 percent, a demarcation that surely would set off economic alarm if reached at the national level.

Even before the COVID-19 pandemic, economists and politicians celebrated as the U.S. economy reached so-called “full employment,” based on somewhat arbitrary notions of a “natural rate of unemployment.” But, upon looking past the aggregate, unemployment rates for Black people in many cities all across the country were at levels that signaled a recession rather than a period of economic growth or prosperity. And throughout history, this has consistently been the case. The unemployment rate for Black working-age adults has reliably doubled that of their white counterparts since the BLS started collecting this data. The aggregate measure of unemployment has never reflected the calamity and employment vulnerability for Black people. Far too often, economists and politicians rely on a measure of economic “health” that was not the reality for Black people, nor for other structurally marginalized groups. They were celebrating an alleged job well done and turning to other issues while many people were struggling to find work and get by.

Not surprisingly, as soon as our government took proactive steps to limit the amount of death and sickness caused by the coronavirus by shutting down the economy and restricting human interactions in the workplace and schools, everyone immediately saw how the economy really performs for Black and Latinx people and other groups whose lived experiences are not captured by the aggregate. National figures show Black and brown people have the highest unemployment rates among all racial categories, and after several relief packages helped stave off a deep recession, we are still left behind as the slowest groups to rebound.

Recognizing that “[e]xtended periods of unemployment can inflict persistent damage on lives and livelihoods while also eroding the productive capacity of the economy,” Federal Reserve Chair Jerome Powell is retaining an approach of his predecessor Janet Yellen. Powell is using a “dashboard” of multiple metrics that include wage growth for low-wage workers, labor force participation for people without college degrees, and notably, Black unemployment rates. These are indicators that recognize the people who are hidden by aggregate unemployment and the traditional metrics of full employment.

This is welcome news for researchers and activists who have long cited the underlying structures, including those in research, that perpetuate racial, gender, and geographic disparities. By acknowledging that Black unemployment is a key indicator of the overall health of our national economy, we are taking one major step toward advancing an economy that is truly inclusive and leaves no one behind. Notably, by elevating more specific measures, we can better uncover racism — and uproot it full stop.

The recognition of Black suffering and unequal economic outcomes from the most important central bank in the world is especially critical in the face of police and civilian violence against people of color that reinforces ideas that our lives do not matter. The move to more robust, comprehensive measures is also a manifestation of people from both inside and outside the Federal Reserve system who seek justice, fairness and repair for disenfranchised communities. Notably, shifts within our institutions are being fueled by grassroots movements on the streets that won’t stop until racism and state violence do.

Reserve bank presidents such as Raphael W. Bostic of Atlanta and Neel Kashkari of Minneapolis have been actively exploring how their work affects people of color. And just as grassroots organizing and protests are forcing policymakers to recognize Black lives, there is a community of researchers focused on economic justice that demands progress on monetary and fiscal policy, as well as related issues that impact economic and social mobility among people of color, including housing, employment, education and health.

To amplify some of those voices, this bi-weekly column — titled “Hear Us: Experts of Color on Economic Justice” and hosted by NextCity — will feature commentary and analysis about economic policy and advocacy and their impact on Black, Indigenous, and other people of color in metropolitan areas across the U.S. The people who tell these stories, develop solutions and advance systemic change should be those closest to the harm and those willing to work across intersections of issues, approaches and identity. For exactly this reason, the column will be penned by a peer network of researchers, activists, practitioners and policymakers of color. This network is hosted by Liberation in a Generation, PolicyLink, and the Institute for Race and Political Economy at The New School.

One of the goals of this column is to provide in-depth analysis that assumes that you can’t have true economic growth — and justice — without uplifting Black, Indigenous, Latinx, Asian, Pacific Islander and other people of color.

Ultimately, we do not accept the idea that we must be the lambs sacrificed at the altar of full employment or a robust macro economy. This column will explore everything from the central role of care work in our economy, to how our tax code exacerbates inequality, to the intersections of race, politics and our economic future. Look here for explorations of what is working in cities and metro areas, how people of color are leading economic transformation, and what structural barriers we need to dismantle to build an economy and country that are for everyone.

It is our aim for contributors to broaden our nation’s collective understanding of what’s possible by underscoring what is important in making our local, state, and national economies more just, more equitable, and more abundant. Follow us here and at #HearUs4Justice.

Demond Drummer is the managing director for equitable economy at PolicyLink, a national research and action institute advancing racial and economic equity by Lifting Up What Works®.

Darrick Hamilton is the Henry Cohen Professor of Economics and Urban Policy and the founding director of the Institute for the Study of Race, Stratification and Political Economy at The New School.

Andre Perry is a senior fellow at Brookings Metro, where he leads the Valuing Black Assets Initiative (VBAI) team. A Next City board member, his research focuses on race and structural inequality, community engagement, education, economic inclusion and workforce development.

Solana Rice is co-founder and co-executive director of Liberation in a Generation, a national movement-support organization, building the power of POC to totally transform the economy.

Hear Us: We Must Center Blackness in Housing

Solving Unemployment Doesn’t Start (or End) With a Job

Hear Us: A National Tenants’ Bill of Rights Is Foundational for Race Equity