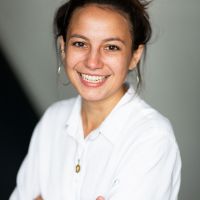 In 2017, Hurricane Harvey killed 68 Texans, 36 of them in hard-hit Harris County, which includes Houston. The storm displaced 30,000 people and destroyed more than 200,000 homes and businesses. Despite congressional approval for $4.3 billion in Federal Emergency Management Agency (FEMA) funds to rebuild, low-income Texans of color received significantly less than their wealthy white neighbors. Because FEMA’s assessments used a cost-benefit analysis that tends to prioritize areas with higher property values, white neighborhoods with more expensive homes received the most funding. The average Black resident of a low-income Houston neighborhood received $84 in FEMA funds, while the average white resident of a high-income neighborhood received $60,000.

Though the federal government provides the majority of recovery funding during a crisis, state and local governments have considerable power in determining how to spend it. Organizers from the Texas Organizing Project (TOP), a grassroots non-profit organization in Harris County, have been working to change the balance of power in the county.

In Harris County, multiple boards and commissions oversee economic development, building standards, public safety, regulation and licensing, the environment, and disaster recovery. These bodies are often made up of wealthy, white residents, who have the time and resources to attend meetings and make the connections to get on the boards.

TOP has pushed for local boards to include more representatives from communities of color and is working to ensure a more equitable distribution of disaster funding, so that the people most affected by climate change have the most say in how recovery funding is spent.

As Celeste Arrendondo-Peterson, then-Housing Justice Director of TOP, explained, “We needed to find a way to intervene on the money and organize resistance against the usual way that Harris County spends money, which is in wealthier, whiter communities — places where the houses are worth more money. We wanted to influence the funding, how much money was in those programs, where they spent the money, who they spent the money on, and how they spent the money.”

Demos’ latest case study, the second of four in a series on economic democracy, highlights TOP’s three-part strategy to change the balance of power in Harris County and to establish a more equitable approach to disaster recovery and future resilience.

Immediately after Hurricane Harvey, TOP organizers went door-to-door in their communities to determine the immediate needs and lay the groundwork for their larger strategy to build power and equity. First, they continued the work of their Boards and Commissions Leadership Institute (BCLI), an initiative designed to recruit, train, and campaign for women of color to join local governance bodies, and developed a diverse pipeline of candidates. In response to ongoing inequities in representation and power, TOP had launched BCLI and the first cohort graduated the same weekend Hurricane Harvey descended on the Gulf Coast. Unlike the white, wealthy politicians that typically dominate boards and commissions, “our members and leaders have on the ground experience, they know where the problems are, what people overlook, because they’ve been overlooked for so long,” explains Alpa Sridharan, the director of TOP’s BCLI program, in the case study. The lived experience gives BCLI’s members the expertise to achieve tangible gains for their communities.

Second, TOP campaigned for and helped elect a new, equity-minded Harris County Judge, who oversees the county’s boards and commissions and has considerable power over disaster relief spending. Linda Hidalgo, the candidate who was elected to replace Ed Emmet in 2018, remains in office today.

The third step in TOP’s strategy involved developing relationships with elected officials and bureaucrats, including Hidalgo, holding them accountable to their campaign promises and building a co-governance model in which community members and government officials work together to build an equity framework for distributing disaster funding.

These tactics got results. In 2019, Harris County passed the Harris Thrives Resolution, which included an equity-based framework that prioritized post-natural disaster projects for low-income communities that would not be able to rebuild on their own. In 2020, Harris County Flood Control District Task Force became the Harris County Community Flood Resilience Task Force, which focuses on equity, health, safety, community engagement, and increased transparency in flood recovery and resilience.

In 2020 and 2021, Harris County and Houston received $2.3 billion in federal funding for COVID relief through the CARES Act and the American Rescue Plan, respectively. Government officials used the Social Vulnerability Index, a metric that utilizes variables often left out of traditional cost-benefit analysis to evaluate how to spend this money. Considerations include the communities’ income, the percentage of residents who are elderly, their English proficiency, and the percentage of residents without a vehicle, among other factors that may affect a community’s ability to recover from a natural disaster.

These critical victories would not have happened without TOP’s consistent, targeted focus on building equity and democratic participation into local governance.

But Texas, at both the state and local levels, still has a long way to go to build and preserve equity in the face of climate disasters. In March, a report from the U.S. Department of Housing and Urban Development (HUD) found that the Texas General Land Office, the state agency responsible for distributing the funds — led by Texas Land Commissioner George P. Bush — denied Harris County over $1 billion. According to the investigation, Bush’s office “discriminated on the basis of race and national origin” and “substantially and predictably disadvantaged minority residents, with particularly disparate outcomes for Black residents.” Bush is currently running to be Texas attorney general.

Beyond Harvey, extreme weather events are happening more frequently throughout the state. As a result of climate change, storms are becoming more intense, and floods are becoming more severe. Texas’ power grid remains unstable more than a year after a 2021 freeze left 4.5 million residents without power. With millions of dollars of federal funding beginning to pour into cities through the Infrastructure Investment and Jobs Act and future climate disaster relief packages, the case study and TOP’s experiences offer a blueprint for organizers in other cities who aim to build more equitable, diverse, and representative local governments as they also meet the challenges of the climate crisis.

Daniella Zessoules is a senior policy analyst at Demos.

Two Years After Tornado, Nashville Is Rebuilding With Equity in Mind

Knowing Your Neighbors Could Save You From The Next Climate Disaster