Hear Us: Make Progress Permanent Through the Child Tax Credit

Hear Us: Make Progress Permanent Through the Child Tax Credit

Op-Ed: Taking this step is a choice to mitigate an uneven economic crisis and to rectify historic racial inequality by raising the income floor for Black and Brown families. 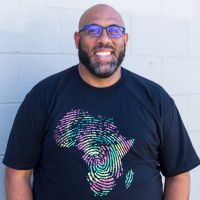 Michael Tubbs, founder of Mayors for a Guaranteed Income, recently applauded the temporary expansion of the Child Tax Credit (CTC) through the American Rescue Plan, calling it a great first step toward a guaranteed income program for everyone.

During these tumultuous times, our elected officials found the political will to provide a critical monthly income floor beneath which no child should fall. We agree that this is progress worth celebrating.

Until more elected officials are ready to enact a much-needed overhaul of our economic rights — as a guaranteed income demands and as people of color especially would benefit from — they can at least deliver on the continuity of this transformative yet simple policy update.

By expanding eligibility, a technical update to an existing tax credit holds the potential to be one of our greatest drivers of economic and racial equity.  This should be made permanent, not only true because we know it’s working but also because we know that poverty is a choice — not one made by those who experience such hardship, but by policymakers whose deliberate actions (and conscious inaction) over generations have sustained and exacerbated that hardship. A permanent CTC expansion should include full refundability (eligibility for the lowest-income families); restore eligibility for all immigrant families with children who have Individual Tax Identification Numbers (ITINs); and extend eligibility to those families without ITINs. Taking this step would be a choice to mitigate an uneven economic crisis and to rectify historic racial inequality by raising the income floor for Black and Brown children and their families.

Before the CTC expansion, roughly ​​27 million children and their families received only a partial tax credit or none at all. By race, nearly half of Black and Latinx children were excluded from this policy, compared to only about one-third of white children. In 2017, the Trump administration made approximately 1 million children ineligible for the CTC by requiring them to have a Social Security Number to qualify; 85% of kids impacted were Hispanic.

Through the first few payments alone, the expanded CTC is changing lives and rebalancing our unequal economic system. Early data shows that the expanded CTC is directly reducing hunger among families with kids, with even greater improvements among families of color. Since checks started going out, hunger has fallen by one-third among Latinx families and by one-quarter among Black families. Columbia University researchers estimate that the expanded CTC has already lifted 3 million children out of poverty. A permanent expansion is expected to cut child poverty rates nearly in half, bringing a total of 4.1 million children — including 1.6 million Latinx children and 930,000 Black children — out of poverty.

This is transformative change. It would be an act of policy violence to roll it back.

The Power of the CTC

If our government is serious about taking on structural racism, then it should get serious about acting on the clear ways we are winning on racial justice. Ensuring permanent full refundability and extending CTC access for immigrant children are essential to the well-being of children of color and would help achieve the Biden administration’s racial equity goals.

The pandemic has put millions out of work and in disproportionate ways, with the Black unemployment rate currently at almost twice that of what white workers are facing. Additionally, cities such as Biloxi, Mississippi, for example, have long reflected America’s racist, sexist labor market in key ways, and programs such as the CTC can help dismantle the outcomes of the two-tiered labor market that millions of workers of color and women endure.

Making full CTC refundability permanent means that all families without income can still receive the whole child credit up front, and put food on the table for their kids just the same as families with low incomes.

Additionally, restoring CTC access to immigrant children with ITIN numbers (and extending access to those without) is where equity meets inclusion. No child in the US should live in poverty. Period. By enacting this change, our government can broaden access to these life-changing cash payments and help undo one cruel legacy of Trump’s 2017 tax cuts. It’s no accident that this provision predominantly harmed Black and Brown kids — 85% of the children affected were Hispanic. But it is a cruel choice to allow this restriction to remain in place.

To secure a more equitable, liberated future that is shared, we urge Congress to support a permanent expansion of the Child Tax Credit in the budget reconciliation, including permanent full refundability and restored eligibility for immigrant children.

In this moment, we cannot just confront the short-term devastation caused by the pandemic and recession. We must also address the historic injustice and longstanding racial inequality that continue to harm us today, and which made the past 18 months far worse for Black and Brown families than it had to be. We don’t want to just build back better. Our children and our future need us to build back anew.

Katrina Gamble is President of Sojourn Strategies and the Senior Advisor to the Economic Security Project.

Jeremie Greer is the co-founder and co-executive director of Liberation in a Generation.