Guest contributor Michael Tubbs argues in this op-ed that poverty is a systemic failure, not an individual shortcoming. 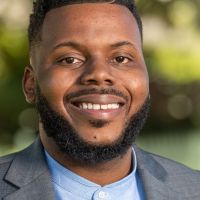 In mid-July of this year, nearly every parent in this country began to receive a guaranteed income. The payments may not have that title, but they function as such — the money comes from the government, it’s a monthly payment, and there are no restrictions on how it can be spent. This one-year policy, a temporary expansion of the Child Tax Credit, is nothing short of a massive shift in how we approach our social safety net.

This measure gives 90% of parents up to $300 per child per month. With it, we are making a sorely-needed pivot away from punitive programs that are based in a long history of racism and sexism, toward a new vision of an economy that recognizes poverty not as an individual shortcoming, but a policy failure.

The temporary expansion of the CTC will have an unmatched impact when compared to previous measures, which claimed to “help” recipients by forcing them to prove they deserved assistance by mandating work requirements and income thresholds. Mayors for a Guaranteed Income (MGI), the initiative I founded, is working to make the CTC expansion permanent. MGI began last year, amid a racial reckoning and a pandemic that left millions in economic uncertainty. It is founded on the belief that in the richest country in the world, no one should live in poverty.

The CTC is a crucial start toward that goal. But to achieve full economic equity in the U.S., we must push back against the narratives that limit our ability to achieve true progress. In this case, one of the false narratives that underpins some of the support for the CTC expansion is that children are a more palatable beneficiary of unconditional cash because they are innocent, and do not deserve to be poor. The flip side of this argument, which is rarely articulated outright but instead heavily implied through a variety of conservative dog whistles, is that adults who live in poverty deserve to suffer.

This failure to acknowledge the many racist and sexist facets of ouwr economy and society that have fueled shamefully wide gender and racial gaps in income and wealth allows critics to embrace the idea of a toxic individualism that has poisoned our democracy for too long. To blame a person for the systemic inequity that has pushed them into poverty is the same flawed logic that allows us to lionize as “hard-working” and deserving of obscene wealth the few who have reaped the success of our winner-take-all economy. It’s the kind of thinking that allows a tax structure that does not require billionaires to pay their fair share, so they can squander billions taking space joyrides while those confined to Earth suffer the violence of poverty.

We will not break free of the oppression of poverty and systemic racism and sexism if we do not call out and eradicate this antiquated thinking, such as age as a determinant of deservedness, that still shapes our economic policy.

Recent research shows us that overwhelmingly, people of color and Democrats already understand this. While a bipartisan majority of Americans support guaranteed income at 55%, support from Democrats is overwhelming at 75%. Same for Latinx and Black voters – their support is at 74% and 79%, respectively.

Chances are if you’re reading this, you also understand that we must abandon outdated tropes about how our economy works so that our economy will work for all, and particularly for people of color. The question then is, how do we turn the will of the people on an issue such as guaranteed income — again, supported by a bipartisan majority of voters — into actual policy? Many would say it’s by bringing conservatives over to our side. But I believe we already have the power to make this policy permanent. It’s just a matter of holding strong to our values.

We must realize the collective influence we already have and wield it strategically. We must stop settling for half measures. The CTC expansion is a major milestone, but it is fleeting. We should go further and also provide a guaranteed income to help the millions of Americans without dependent children who struggle under the weight of both an ongoing pandemic and an economy that hasn’t worked for working people in decades. The fastest path to economic equity in this country is to provide an income floor for all who need it.

The numbers show we have momentum on our side, so our job now is to use it. When leaders tell us it’s not possible, we must push back. We recently saw how this works in practice when congressional leaders and advocates held firm to successfully extend the federal eviction moratorium. We must follow this example moving forward. Instead of going into negotiations on policies, preparing to settle for a little of what we want and a lot of what we don’t, we have to remember what settling has gotten us in the past — a reinforcement of a status quo that only further stratified our economy and society by race and class.

A better future is possible, but it will require a different approach to get there. One in which we no longer accept what we cannot change, and instead realize it’s within our power to change what we cannot accept.

Michael Tubbs is the founder of Mayors for a Guaranteed Income, former mayor of Stockton, CA and currently serves as Governor Gavin Newsom's adviser for economic mobility.

Economics in Brief: Women Are Disappearing From the Workforce at a Concerning Rate

Cash Rules Everything and the Pandemic Only Proved it Again