Hear Us: California Is Trailblazing the Path to Debt-Free Justice. Other States Should Follow.

Hear Us: California Is Trailblazing the Path to Debt-Free Justice. Other States Should Follow.

Op-Ed: Abolishing criminal fees and writing off current debt is the only permanent solution to this type of racialized wealth extraction. 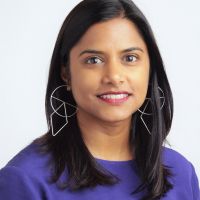 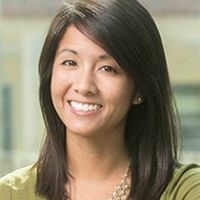 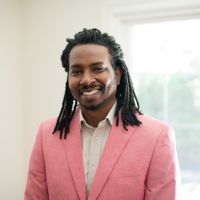 After police officer Darren Wilson shot and killed Michael Brown in Ferguson, Missouri, in 2014, national attention was drawn to the unjust and racist practice of how local governments disproportionately levy criminal and traffic fines and fees on members of Black and Brown communities to generate revenue. Indeed, the subsequent Justice Department investigation and report found that the issues in Ferguson were systemic, and notes that “officers appear to see some residents, especially those who live in Ferguson’s predominantly African American neighborhoods, less as constituents to be protected than as potential offenders and sources of revenue.”

While advocacy organizations and policymakers across the country have since moved forward with fines and fee reform in recent years, we must tell the story like it is — community members were and continue to be ahead of the game. Back in 2009, the Youth Justice Coalition in Los Angeles County released a report on the pervasive impact of charging fees to the families of young people who were ordered to juvenile detention facilities. They rightly called for the only solution that would provide meaningful relief — the complete abolition of fees.

Abolishing criminal fees and writing off current debt is the only systemic, permanent solution to this form of racialized wealth extraction, and it is a solution our communities want and deserve. And it’s what we say is the solution, as Black and Brown people who ourselves, and whose loved ones, continue to be subjected to targeted policing, hyper surveillance, disproportionate arrests and unjust punishment.

While that rationale alone should be sufficient, fee abolition is also by far the most fair and efficient process to address this issue. Instituting an ability to pay mechanism — a process by which a determination is made on whether a person can afford to pay a fee — may seem beneficial. But ability to pay is a less effective policy that places high bureaucratic burdens on individuals to “prove” their economic circumstance; it relies on the discretion of judges or other entities of power (almost never a good thing for BIPOC communities), and it does not address the racism and bias baked into the criminal legal system that inevitably will obstruct the process. As we see from the recent failure of the PPP program to reach Black and Latinx business owners, the last thing that will help Black and Brown communities is a complicated application and administrative process that’s required to access relief.

In recognition of this reality, last year, through the work and advocacy of the Debt Free Justice California Coalition, California became the first state to abolish more than 20 different criminal fees through the Families Over Fees Act, providing an estimated $16 billion in relief to people across the state. This year, the Governor and the Legislature have the opportunity to continue this work through the Finish the Fees Act, which would eliminate the more than 60 remaining fees that can still be charged to Californians.

The Legislature has included in its budget the elimination of additional criminal fees, including the unjust and economically disastrous $300 civil assessment fee for failure-to-pay and failure-to-appear violations. Abolishing this unnecessary and ineffective fee is a tremendous step towards creating a more fair and equitable California. But the state has another opportunity to further ameliorate policies that only serve to entangle individuals deeper within the criminal legal system. Namely, the issuance of bench warrants.

Advocates and affected communities are sounding the alarm that a collateral consequence of eliminating civil assessment fees could be an uptick in judges relying on the penalty of bench warrants when, for example, a person fails to appear in court. This practice effectively makes an infraction that was never meant to be punishable by jail time -— such as a traffic violation — one that could land someone in jail.

People fail to appear in court for numerous reasons: lack of transportation or childcare; fear of losing employment for missed work; medical issues; or they simply never received the court notice in the first place. Issuing a bench warrant is unnecessary and egregious, particularly when another highly punitive tool is already in place — trial by absentia. Trial by absentia is where the court proceedings move on without the individual present; these proceedings often yield a guilty verdict, a harsh penalty in itself.

Despite this reality, current California law contains numerous provisions that allow for the issuing of bench warrants for traffic and other infractions. In abolishing civil assessments, the state should also amend the penal and vehicle code to remove the possibility of bench warrants for these violations, which only serves to wield and increase police power for infractions that by definition are neither crimes, nor punishable by jail time. A recent story from LA highlights the potential dangers of not eliminating this practice.

California is trailblazing on fines and fee reform with the passage of the Families Over Fees Act last year and now the Finish the Fees Act. But if bench warrants stay within the traffic and vehicle code, we erase the gains we are making toward racial and economic justice. Let’s not be short-sighted in our actions. Other states are watching and learning from what we are doing. We hope that Governor Newsom and the Legislature builds on this momentum and that they support what our communities say they need — fee abolition and an end to bench warrants. This is a racial and economic justice issue that has been heightened by COVID, and these actions fall in line with the governor’s own priorities to curb child poverty in California and to commit to racial justice. California has always been a leader in progressive change. Now is not the time to back away from that history, but to lean into it so that other states can learn from us, and follow our lead on fines and fee reform within our legal system.

All three authors sit on the Steering Committee of Debt Free Justice California.

Jhumpa Bhattacharya is the VP of Programs and Strategy at the Insight Center for Community Economic Development.

Stephanie Campos-Bui is the Deputy Director in the Policy Advocacy Clinic at Berkeley Law.

Brandon Greene is the Director of the Racial and Economic Justice Program at the ACLU of Northern California.