What is the role of gambling in New Orleans future: a) just another fun pastime; b) a way for the city to recover; c) not the kind of thing the city should invest in if it wants to have a serious economic engine; or d) all of the above. Ariella Cohen spends a day at the tracks and finds out.

Even before moving to New Orleans, my relationship to gambling was complicated. My father does it. My mother hates it. Family vacations were in Vegas. Things only grew more tangled when I moved to a city where Thanksgiving is ritually observed at the race track (The order of the day typically goes as follows: Play the ponies first. After winning, or getting soused enough to feel like you did, go home and eat a turkey stuffed with a duck, stuffed with a small chicken with your in-laws. Wear a fabulous hat the whole time and don’t blink if a red-faced man who is standing too close accidentally ashes his cigarette on its feathers. ) 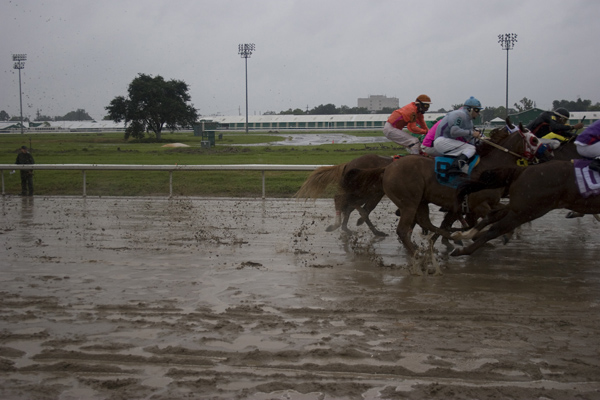 That said, watching races at the Fair Grounds is one of the many pleasures of living in a town that never quite took to the Protestant work ethic or its attendant moral codes.

Also, there is no denying the major role gambling plays in New Orleans’ local economy.

Last month, gamblers in New Orleans dropped $59.5 million playing at the Fair Grounds and the city’s three other larger gambling facilities, according to state police. Over the course of a year, the money is expected to add up to 3.7 percent of the city’s total general budget fund revenues of $460 million – not an insignificant chunk of change for a municipality that conducts its business in a leaky, musty monstrosity that makes the one-story bomb shelter of a high school I attended look dignified.

Horse racing, though a mere penny slot machine compared to the casino industry, is a $1 billion-a –year industry in the state and a significant economic engine in the small towns that make up South Louisiana.
In the words of Sammy Guarneri, a former Louisiana jockey who has the silver medallions, thoroughbred adorned belt buckle, and chipped teeth to prove it: “Everybody who wants to make money fools with horses or oil out here.” 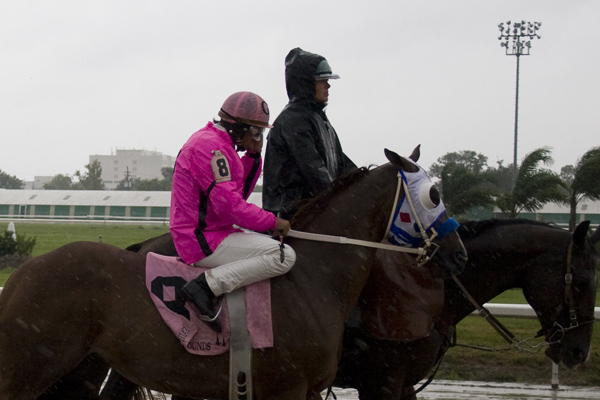 The comment is appropriate now, almost exactly three years Hurricane Katrina and its attendant demand for development hit, sparking what was expected to be a huge building boom and has turned out to be something less than that. In fact, a glassy annex to the Fair Grounds’ slots casino and a new barracks-like dormitory for the race track’s low-paid, mostly Mexican seasonal laborers is one of few new significant private developments to rise in New Orleans since the devastation of the city — and then, of the national credit market.

Unlike in Biloxi, where the storm proved to be a huge jackpot for the casino industry, the Crescent City did not seize the post-disaster moment for expansion of the controversial money-maker. But that doesn’t mean people didn’t want to — remember when mayor C. Ray Nagin proposed, barely two months after Katrina, letting large hotels near Harrah’s downtown build casinos? Or that it won’t happen still. 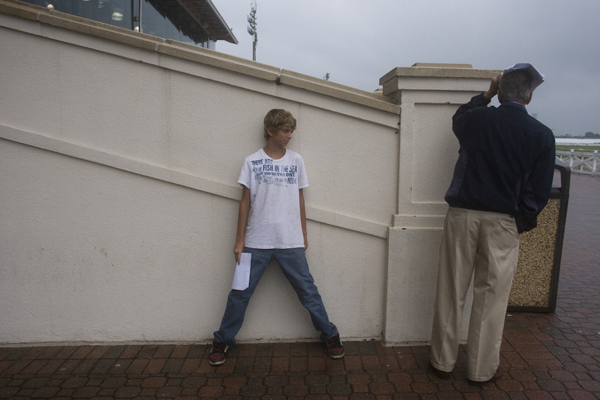 For that reason I bring up Vernon Gallup, a 19-year old horse groomer from a small town outside Houston who would certainly benefit. Too pudgy to compete with the diminutive jockeys that are most successful at the sport, the tobacco-chewing Texan gave up riding horses two years ago, trading in his saddle for a grooming brush. “My daddy knocked out all his teeth. I only broke my collar once before I got out,” he told me Sunday, spitting a steady stream of yellow, tobacco-flecked saliva onto the dirt floor of the track’s barn as he spoke. After nine years in the business — he started working at a barn after school and on weekends at the age of 10 — he earns $400 a week and has $60,000 in the bank, stowed away to buy a house back in Texas. Gallup says he does all he can to not spend money in New Orleans. “Things here cost too much,” he said.

Gallup is one of the thousands of people who stands to benefit if the Crescent City expanded its casino industry, even if he isn’t from here. Economic Development 101, however, says that the watermark for a strong local economy is the number of times a dollar circulates within a given community before landing in the hands of a person, bank or corporation outside the area. And every dollar Gallup earns working at the race track is being spent outside of New Orleans. Meanwhile, the locals who like me who end up losing our lunch money to that “good feeling” about Smokey Goes Lightening end up serving as walking ATMs for the Kentucky racing titan Churchhill Downs that owns the track and earns millions off their losses. As residents of Atlantic City, Biloxi and even Vegas know, casino-based development has a price. And often it is paid by the people who live closest to the flashing lights and spinning wheels.

Yes, if the Crescent City got more gambling, more money would be spent in NOLA, instead of outside of it. Which is better for the city. Yet on the other hand, having gambling in the city has its downsides.
In the months since the Fair Grounds opened a new slots casino, the residential real estate closest to the track has dropped in value. While off-duty police are constantly roaming the neighborhood as part of the casino’s private security detail, neighbors say crime is on the rise on the neighborhood and worry that it will worsen come fall when the new slot casino annex is fully complete.

Not to mention the fact that the local benefits promised by casinos are often overstated. In a 2004 Chicago Tribune story, New Orleans became an example of this tendency. According to the reporter “full-time casino employment stood at only 2,123 in 2003. Counting ripple-effect jobs at other establishments, the total climbs to maybe 4,100 — less than a quarter of the jobs projected by the most bullish forecasters at the inception (of the Harrah’s New Orleans project.) And annual gaming revenues, minus payouts to winners, are in the neighborhood of $300 million at the casino. That’s $200 million to $900 million less than was projected by various bidders.” The consequence of overstated benefit is a loss of public money in the form of tax breaks or operating subsidies that could have been allocated to more worthwhile projects, if a realer approximation of benefit had been known. It’s safe to assume that the special treatment given to casinos could go for something less, well, prone to cause bankruptcy and other social ills.

Plus, I hear gambling is addictive. Especially for city governments.

All photos courtesy of Andy Levin.

Can City-Owned Vacant Lots Fill the Need for Park Equity in Houston?