Free Tuition Might Save Community Colleges — But What If Students Need More?

Free Tuition Might Save Community Colleges — But What If Students Need More? 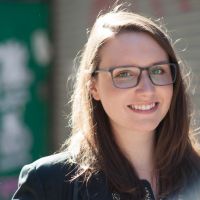 Brooke Clark never believed she'd make the Dean's List, but with support from Tennessee Reconnect, she did. (Courtesy Brooke Clark)

Five years ago, Brooke Clark would have never believed that she would make the Dean’s List. In fact, Clark had always felt guilty that she had not finished college.

After graduating high school in 2013, Clark was taking care of her ill father, working full-time, and attending a new college without a sense of purpose. She dropped out after the first year.

Over the next few years Clark says she “grew up,” started going to therapy for anxiety and depression, and thought more seriously about her future. “I had to really focus on growing my work ethic, becoming a better employee, and setting standards for myself,” she said.

Still the idea of going back to college nagged at her.

“Just call, ask for some information” her therapist suggested one day. A coworker had mentioned a program called Tennessee Reconnect that could help pay for college. She went to the website and was set up with a “Reconnect Navigator,” or advisor, to discuss her options.

Now Clark is a second-year student at Nashville State Community College pursuing Computer Information Technology. She did, in fact, make the Dean’s List. And she did it with the support of Tennessee Reconnect, a state mentorship and financial support program that covers community college tuition for adults over 24 earning their first postsecondary degree.

The program launched in 2018 with a staggering response. The Tennessee Higher Education Commission expected about 10,000 applications. Four times that number applied. The trend continued in the program’s second year. As part of the state’s “Drive to 55” initiative, which aims to have 55 percent of Tennessee adults earn a postsecondary degree by 2025, the state saw a 30 percent increase in the number of adult students attending postsecondary programs after the launch of Tennessee Reconnect.

Emily House, Executive Director of THEC, says that adult students have been hit in particular ways. They are more likely to have children doing at-home learning themselves, often making devices or bandwidth even less available for their own studies. They are also more likely to be hesitant about virtual learning than their younger peers.

Enrollment in the Tennessee Reconnect program declined by 15 percent according to the Tennessee Board of Regents, which runs the state’s community colleges. But even with the decline this year, the program’s initial success weighs out to a net gain of adult students going back to school. Officials credit the program with the fact that the drop-off rate isn’t higher, like some other states that have seen enrollment numbers plunge even more drastically. They also believe that once things start to normalize again post-pandemic, programs like Reconnect will be crucial to the recovery of higher education.

But one school is bucking the trend. Nashville State, where Clark attends, has seen a total decline in enrollment by about 11 percent, like most schools in the state. But it has actually seen a slight increase in the number of Tennessee Reconnect students this year. Students, administrators, and Reconnect navigators interviewed all credit the school’s holistic approach to adult students.

Clark said that going back to school would have been impossible without Tennessee Reconnect, because she wouldn’t have been able to afford it. But she credits her success to more than just the financial aid.

“We found really quickly that the balance of going to school, work, and taking care of your family is hard in any situation. And for those that had never been to college, it became a bit overwhelming. We had to build additional supports,” said Nashville State President Shanna Jackson.

Crucial to this approach was Fred Frazier, often referred to as the “mayor” of Nashville State. Frazier has been a Reconnect Navigator since the program’s inception.

Beyond his caseload, he started a “Reconnect Cafe” at the school. A space with free coffee, drinks, and snacks, it is a place where students can work or chat. Students often started coming to the “cafe” for the refreshments, but they stayed for the conversation and support.

Frazier believes that making information easily accessible and informally talking to students about their experiences, is the key to success. Even if a non-Reconnect student needs something outside the scope of the program, he makes sure they talk to the right person. Whether students come in with academic issues, financial aid questions, or family concerns, Frazier is always ready with a disarming joke about sweets (his favorite is double crusted peach cobbler), a box of tissues, or a phone call to the proper resource.

Nashville State is part of the city’s Talent Hub, an initiative to provide services and increase opportunities for Nashville’s high-poverty “Promise Zone.” Through the hub, Jackson works with city agencies, local partners, and private donors to establish programs aiding students with childcare, transportation, and other financial assistance.

It was through casual conversations with students that Frazier realized the needs beyond tuition assistance, such as the cost of textbooks. After some brainstorming and discussions with other partners, Frazier and Jackson were able to find a way to cover textbook costs for Reconnect students.

The “cafe” shut down when the college went remote, but the relationships that were already made helped keep students engaged even virtually. Frazier remained the go-to person for assistance. More students started asking about how to get connected to wifi, what to do if they needed a computer, or how to avoid eviction. As needs increased during the pandemic, Frazier’s pre-existing reputation as the person who would find answers became even more crucial.

Frazier has continued to meet students where they are. Students responded better to texts than phone calls, so he found ways to send mass texts around important deadlines. He held open Zoom sessions where students could just drop in. While he misses the in-person interaction, these tweaks allowed him to stay connected to students in the best way the pandemic would allow.

But Nashville State has also been able to recruit some new students, once again due to earlier investment. Along with another Reconnect Navigator Minzi Thomas, they run a “Reconnect Ambassador” program. They train groups in support service roles – employees from the Department of Human Services, financial aid officers, and community leaders – in the specifics of Tennessee Reconnect so that they can offer information about the program in their own circles. Jackson and Thomas are also organizing a “listening tour” to determine what other barriers might stand in the way of adults’ college ambitions.

Jackson thinks that the nationwide discussion about free community college is crucial first step, but her experience at Nashville State shows that some students need more than just tuition assistance to pursue higher education.

“We’re not leaving anybody behind,” she said.

This story was generously supported by the Solutions Journalism Network.