Gaming isn’t the way forward for Atlantic City. Could healthcare be? 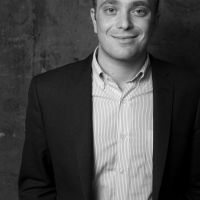 Atlantic City began its life as a healthcare resort in the 19th century. It’s time to think about bringing that identity into the 21st century. (Image: Alex Feldman)

This summer, the plight of Atlantic City dominated the headlines. The historic resort city — now famous for being a gaming capital — lost 6,000 jobs in the course of six months when four of its 12 casinos closed due to poor financial performance. The city now boasts one of the highest unemployment rates in the country — 13.8 percent — as civic leaders and the State of New Jersey ponder the future of this iconic American city.

To some, the wave of recent casino closures is not a surprise. Increased competition from casinos in Pennsylvania, Delaware and Maryland cut into Atlantic City’s casino revenue, which declined to $2.9 billion from historic highs of $5.2 billion in 2006. In addition, the great recession took its toll; several proposed projects like the MGM Grand were canceled, and the city’s most infamous new resort — the $2 billion Revel — required a more than $250 million bailout by the State of New Jersey to stay afloat. The state’s investment ultimately proved inconsequential. Revel, a luxury hotel touted as a harbinger of a more sophisticated clientele for Atlantic City, lost money from day one and filed for bankruptcy protection twice in three years, finally closing on September 2, 2014.

Even after Revel proved once again that gaming and tourism aren’t the businesses they once were, state and civic leaders seem unable to cut the cord. The Revel property, recently purchased by Brookfield Asset Management for pennies on the dollar is likely to be a gaming hall once again. The market can only support a fraction of Atlantic City’s casino yet the dice keep rolling.

It’s no exaggeration to say that Atlantic City is poised to become the next Detroit. In many ways, the trajectories of the two cities are similar. Both cities relied on one industry to prop up their economies — and both failed to innovate as competition increased. Similarly, both Atlantic City and Detroit failed to invest in a sense of place — casinos and factories were more successful when their customers and employees had little reason to go outside. The result: defensively built cities designed around the automobile that gave visitors little reason to stay.

Instead, Atlantic City has the opportunity to reinvent itself and diversify its economy. In place of gaming, state and civic leaders should consider a new industry: healthcare. Atlantic City began its life as a health resort in the 19th century — with doctors promoting the healing properties of the ocean — and it’s time once again to revisit this use.

With incentives from the state, internationally renowned healthcare centers — such as the Mayo Clinic — could open up East Coast branches in the city, attracting patients from around the world and research institutions.

Present-day Atlantic City should reimagine itself as a healthcare destination. Vacant casino properties could be repurposed into “healthcare resorts” — drawing patients seeking specialized treatment and ocean views. With incentives from the state, internationally renowned healthcare centers — such as the Mayo Clinic — could open up East Coast branches in the city, attracting patients from around the world. Support services and institutions such as medical schools, research facilities, medical supply distributors, and even retirement housing could co-locate in a newly formed healthcare district. Most importantly, responsible and sustainable economic development could transform the city. An anchor institution economic development strategy could be deployed using tools such as employer-assisted housing incentives to attract residents to city neighborhoods or local procurement strategies to increase purchases from local businesses.

While it may seem farfetched to imagine shifting from one economic driver to another, a similar focus on “eds and meds” has helped transform Detroit’s Midtown. It’s also not unprecedented for world-renowned healthcare institutions to expand outside of their campuses: Both the Mayo Clinic and Cleveland Clinic have national outposts (including a Frank Gehry-designed center in Las Vegas). Atlantic City has the potential to leverage its oceanfront setting, existing building stock, available land and proximity to the largest cities on the East Coast to become a different kind of destination — one that could have a deeper and more meaningful economic impact for its residents. It might even be the last gamble the city has to take.

Alex Feldman is a vice president at U3 Advisors, a nationally recognized consulting practice that provides real estate and economic development solutions to the institutions that anchor our communities. For the last five years with U3, he has helped envision and implement the Midtown Anchor Strategy, an economic development strategy that has contributed to the revitalization of Midtown Detroit.