"In Newark alone, we deploy 65 vehicles to 1,200 residents who need supplies, just on a Wednesday." 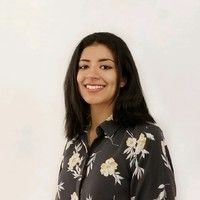 As soon as stay-at-home orders were issued in the New York area in March, The Do Good Auto Coalition sprang into action. Or rather, it sprang into existence. Created by Diana Lee and Matt Woodruff, co-founders of a marketing firm, The Do Good Auto Coalition provides transport trucks, volunteer drivers, and a data-driven approach to food delivery for nonprofits and municipalities from coast to coast.

In Newark, New Jersey, the coalition’s relationship with the municipal government has allowed them to pilot a dashboard to optimize food distribution.

“In Newark alone, we deploy 65 vehicles to 1,200 residents who need supplies, just on a Wednesday,” says Lee. “What we’re trying to do is not duplicate other people’s efforts. We’re not a food rescue company, we’re the ones that support all the charities and nonprofits that are trying to get food supplies to individuals or food pantries by picking it up and delivering it by car.”

Originally, the coalition simply connected organizations in need of transport with the auto dealerships who could help, hence the name of the organization. However it quickly became clear that the work was much more complex than that.

“We started to talk to the municipalities and I asked [Newark’s] chief of staff one simple question: ‘What keeps you up at night?’ And he said, ‘the thought that somebody didn’t get the food that they needed.’” Through that conversation, Lee learned about the problem of duplicated efforts in Newark. Although organizations have been able to establish and expand food delivery systems with incredible speed, the efforts are siloed and incohesive as a group. As a result, some neighborhoods have been receiving duplicate deliveries while other needy areas remain under-served or are overlooked entirely. During a time when the need for food is set to exceed available resources, the duplication of efforts is a serious problem.

The Do Good Auto Coalition decided to take up the challenge of mapping out the complex web of emergency food supply chains that were created in response to the COVID-19 crisis.

Lee and Woodruff brought about one third of the data science team from their digital marketing business, Constellation Agency, to work at the Do Good Auto Coalition. They set up a map of how food is being distributed across the entire city of Newark.

“We developed a dashboard that aggregates all of the data from all of our nonprofits and where they deliver to,” says Lee. “Then we layer in housing data and unemployment data to show the areas with the greatest amount of need, the least amount of need, and where the food is actually going. And the reason that we do that is because none of the nonprofits speak to each other. So when they drop off supplies today they don’t know that there was another supplier that came yesterday with 20,000 pounds of food and it went to the same location. Meanwhile there is another location where unemployment is super high and affordable housing is also super high but everybody forgot about them.”

Beyond simply cataloguing the data, the Do Good Auto Coalition also maps distribution routes for volunteers. “So when we deploy 65 vehicles, they’re not going all over the city of Newark and to the same spots three times. So all of the drop-offs are in sequence and they can be done by 11 a.m.”

The nonprofits who report their data to the Coalition are grateful for the support.

“The Do Good Auto Coalition came in at a perfect time,” says Jennifer Nelson, director of food rescue and operations at Table to Table, a food rescue organization that works across four counties in New Jersey. Nelson says the organization could not have predicted the explosion of food insecurity that they are now grappling with.

“We’re getting requests in excess of twice of what we actually have to give,” Nelson admits. “From March to May last year we were delivering about 290,000 pounds of food a week. This year in the same period it’s about 420,000 pounds of food a week.” And it’s still not enough. Table to Table has had to limit how much assistance they can give to any individual agency, and they have still been forced to turn away new requests on a regular basis. “We’re working really hard to source new food and trying to make sure that we are really equitable about how we are distributing the food across our service area.”

Nelson says that the Do Good Auto Coalition’s brand of data-driven operations has proven to be a useful tool for Table to Table’s pursuit of equitable food distribution. “There are so many small food pantries. We’ll deliver to a church that serves only 50 families and there are so many of those kinds of places that it’s hard for the city to know where the food is going. By us providing that reporting they know what areas they need to concentrate on. Other organizations are doing that as well and the beauty of that is it’s allowing for a level of collaboration we haven’t had before. At the end of the day our missions are so similar and we’re really trying to do the same thing especially in a crisis like this. The coming together has been really nice.”

Neither Nelson nor Lee expect the need for food to relax any time soon. “We don’t expect demand to stabilize,” says Nelson. “Feeding America has some data out that shows that after the 2008 recession it took ten years for food insecurity levels to get back to where they had been. There’s a good chance that this will be worse.”

Indeed, Feeding America has noted that the number of food-insecure individuals across the U.S. increased by 9.9 million after the 2008 recession, while COVID-19 is projected to produce an increase of 17.1 million. But Lee says that the Do Good Auto Coalition intends to continue its work for as long as it is necessary. “Our passion is there to make sure everybody gets what they need during a time that is very difficult. I don’t think that this is something that will resolve overnight. Even when it resolves there will be other areas and pockets that need our help as well. So we’re here and we’re here for the long haul.”